DECCAN CHRONICLE. | AMRITANSHU MUKHERJEE
Published Apr 25, 2018, 5:31 pm IST
Updated May 8, 2018, 12:27 pm IST
The Zenfone Max Pro M1 is a culmination of the all the essential elements that make a highly recommendable midrange smartphone in 2018.

The Zenfone Max Pro M1 is a recommendable option for those who are willing to seek a no-nonsense smartphone for a pocket-friendly deal.
Rating:

Have you ever wondered why the budget and midrange smartphone market is dominated by Xiaomi, particularly its Redmi series? Apart from their extensive marketing efforts and the flash sales, the phones offer everything that a budget smartphone seeker expects from his investment — a large display, a huge battery, decent cameras, highly customisable and easy-to-use software, and a reasonably good build quality — all the criterion that the latest Redmi Note 5 Pro hits happily. Therefore, beating the highly-hyped Redmi Note 5 Pro at its own game takes an even more rounded package and offering it at an equally competitive price.

ASUS had been pretty silent in this category for a considerable amount of time and have come finally up with something that they claim will be an ‘unbeatable performer’. Dubbed the Zenfone Max Pro M1, the smartphone starts at Rs 10,999 for the base 3GB/32GB variant, just undercutting the Redmi Note 5 Pro, whereas the 4GB/64GB variant is priced at Rs 12,999. One look at the specifications sheet and you will be convinced that ASUS’ latest pawn has all those features that could dethrone the Redmi Note 5 Pro. Therefore, has ASUS morphed a ‘Xiaomi-killer’ in the Zenfone Max Pro M1? Let’s dig deeper.

Whether or not you are a tech enthusiast, it isn't hard to miss the fact that the Zenfone Max Pro M1 is ironically identical to Xiaomi's Redmi Note 5 Pro. The familiar 18:9 tall display with a 2.5D glass, the curved edges, the vertical alignment of the rear cameras, the placement of the fingerprint sensor — it’s a very Redmi Note 5 Pro-like affair initially. 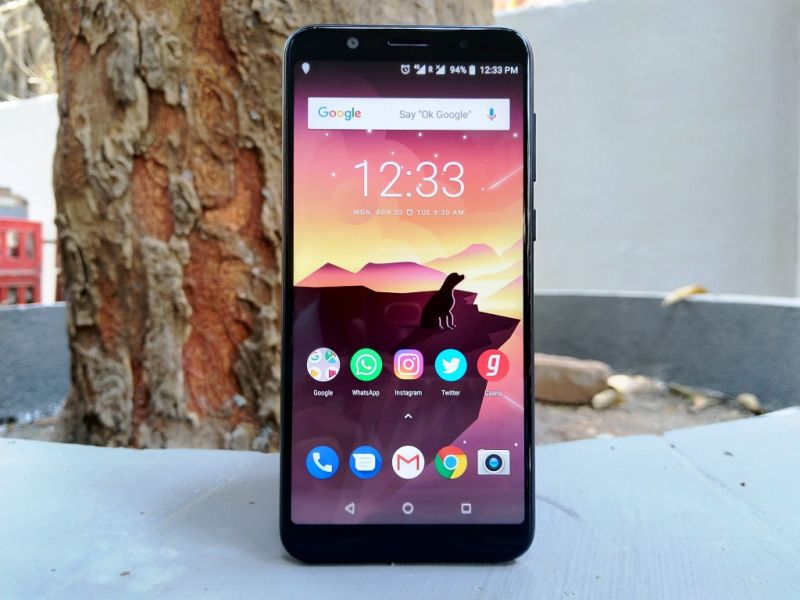 However, look closely and there are subtle differences that separate the Zenfone Max Pro M1 from its Chinese rivals. The form factor is more rounded, which imparts a more comfortable grip. The plastic chassis blends well with the metal rear panel, giving a very seamless design all around. The rear camera sits flush with the rear panel, eliminating any camera bump. What's missing here is ASUS' trademark Zenfone concentric circles on the rear panel. 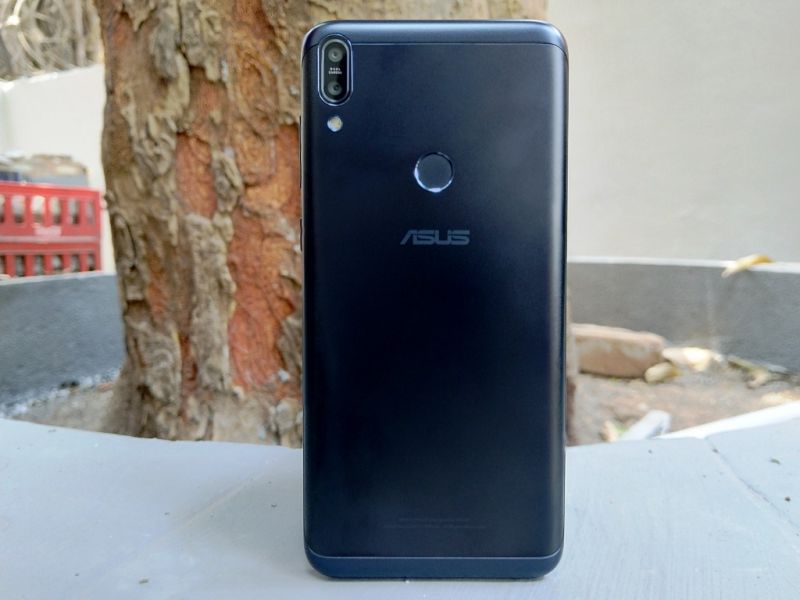 The uniquely designed loudspeaker, the headphone jack and the micro USB charging port sit flush with the curved edge. The build quality is impressive and in our opinion even surpasses that of the Redmi Note 5 Pro’s. There is also a dedicated microSD card slot along with the dual SIM slot — a feature that many would find it impressive. 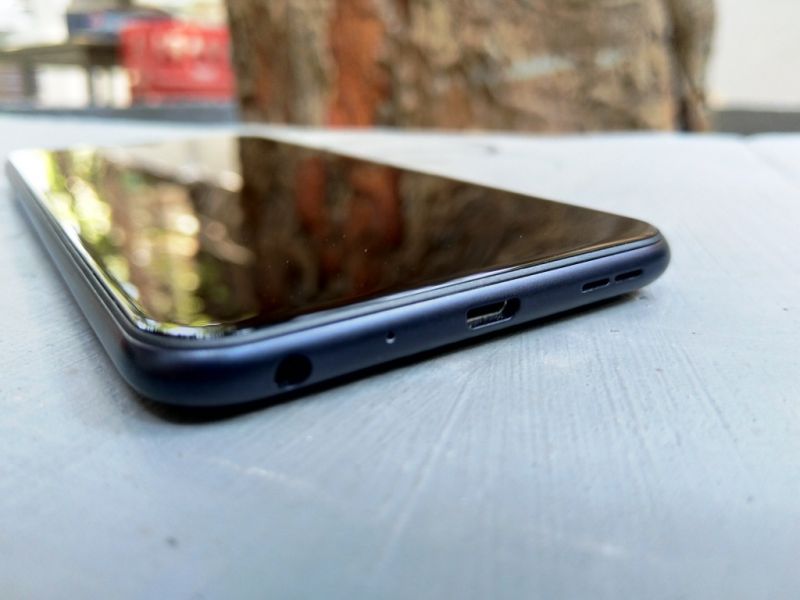 On the whole, the Zenfone Max Pro M1 is well-built for a budget midrange smartphone and definitely sets the benchmark for others to follow in this category. 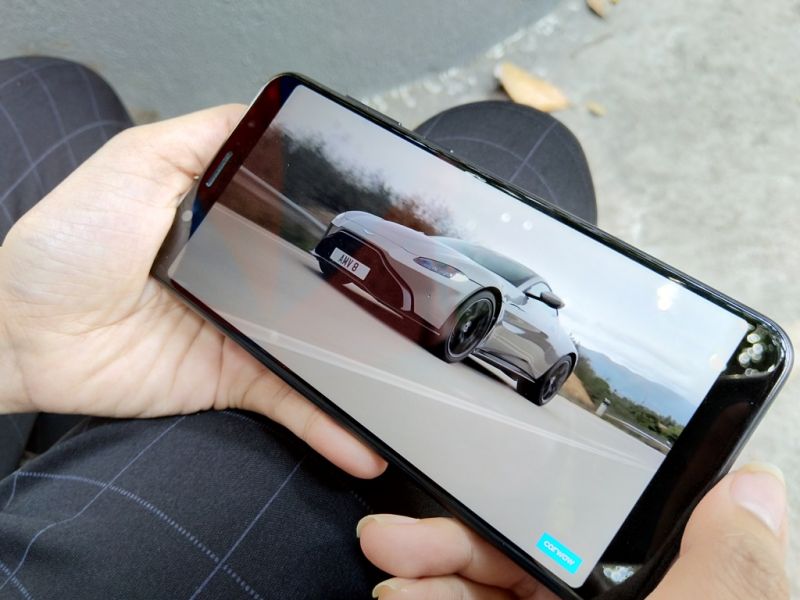 The Zenfone Max Pro M1 follows the market trend of adopting taller yet bigger 18:9 displays. ASUS has built in a 6-inch IPS LCD panel like the competition. The display performs like any of its rivals — natural dynamic range with adequate contrasts and brightness. Sunlight legibility is decent as well along with wide viewing angles. The mildly curved corners also impart premium vibes, which only adds to the appeal of this new Zenfone. And yes, for those who hate the notch, there isn't one here.

In the past, midrange ASUS smartphones offered conservative performance that would have been on par with the competition. The Zenfone Max Pro M1’s specifications also suggest something similar. It’s built around the same Snapdragon 636 SoC found on the Redmi Note 5 Pro. We found the SD636 to be fairly powerful handling all the daily abuses along with the heavily customised MIUI OS without breaking a sweat. Therefore, things should also work well for the Max Pro M1. 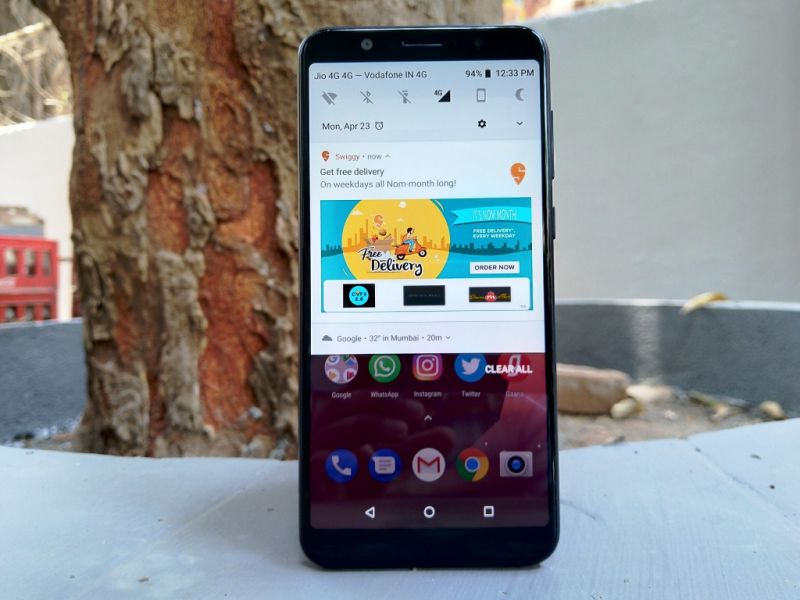 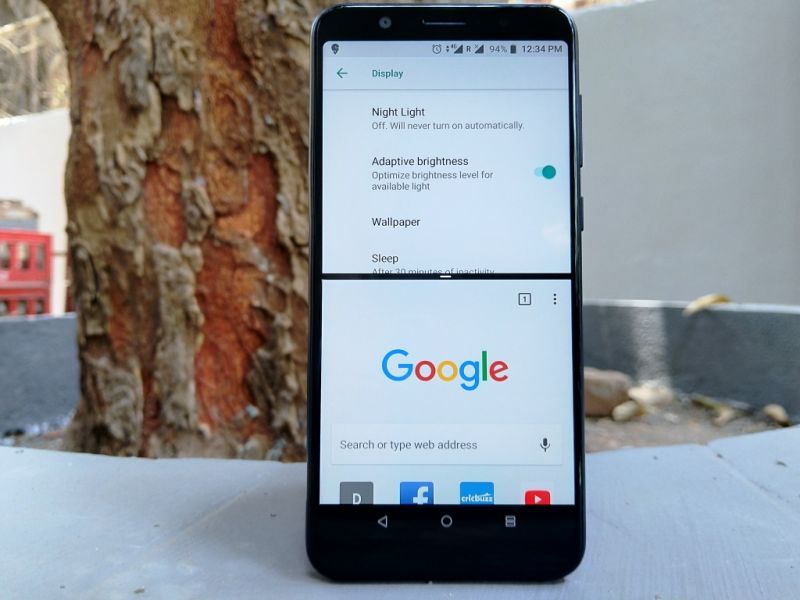 ASUS has retained the convenient ZenMotion gesture shortcuts from its ZenUI Android skin. The Zenfone Max Pro M1 is also slated to receive the Face Unlock support in subsequent updates. Do note that this isn’t an Android One ROM, therefore it’s not known how efficiently ASUS will handle the Android updates for this baby over the course of time. 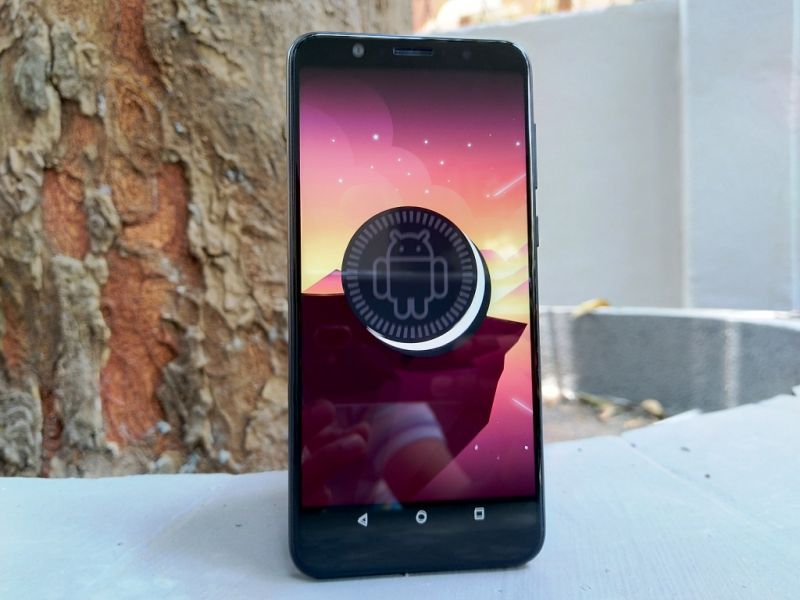 One of the biggest benefits of a stock Android interface, apart from faster access to the latest updates, is a mostly lag-free and fluid user experience. The Zenfone Max Pro M1 feels to be in its composure when it comes to ‘usual’ daily phone tasks such as swiping around the interface, going through photos in the gallery, browsing the web and resource intensive social apps — stuff that one expects to work effortlessly on a stock Android smartphone. 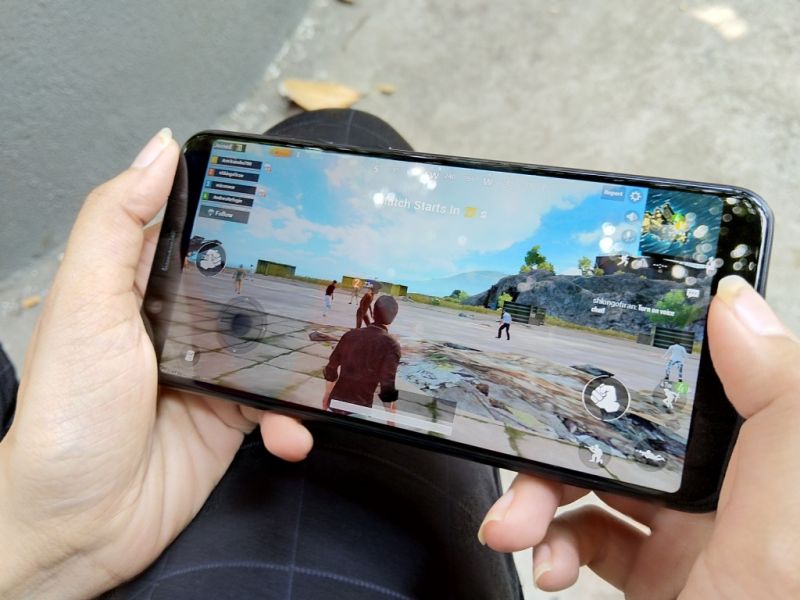 However, the combined power of the SD636 and a stock Android Oreo is visible when it comes to gaming. Throw in some heavy games such as Need For Speed No Limits, Asphalt 8 and Dead Trigger 2, and you will be treated to a fairly lag-free experience with almost unnoticeable frame drops. We also tried the resource-intensive PUBG and were able to play an hour-long session without any noticeable stutters on medium graphics. However, the rear heats up noticeably during such sessions, which is usual with most smartphones these days. 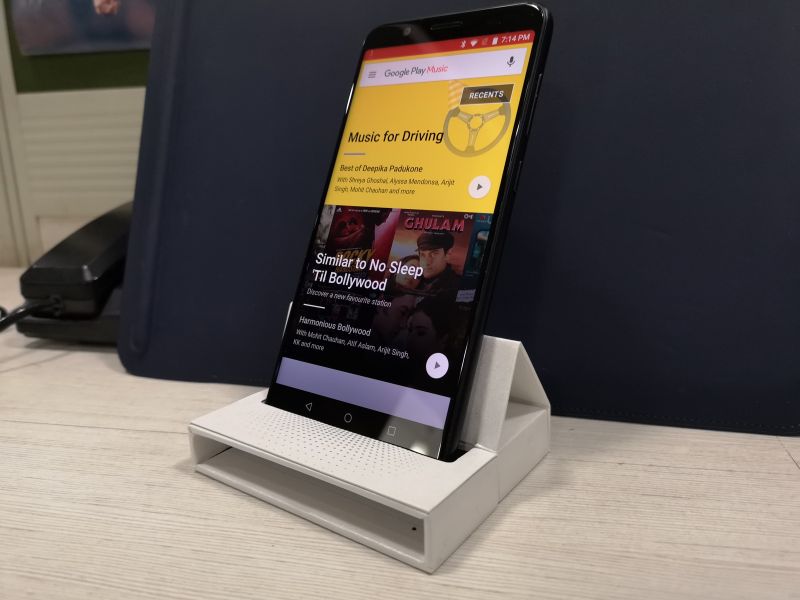 The Zenfone Max Pro M1 also has a reasonably loud single speaker mounted at the bottom. However, ASUS bundles along the 'Max Box' accessory with the phone, which claims to amplify the speaker's audio by a factor of two times. To put it in simple terms, the 'Max Box' is simply a passive amplifier made out of cardboard that reflects the speaker's audio off its surfaces. One can achieve similar results by putting their palm against the phone's speaker. However, the 'Max Box' is prone to damage as cardboard becomes soft over the time.

The area where Zenfone Max Pro M1 doesn’t command bragging rights — camera. There’s a 13MP + 5MP dual rear camera setup accompanied by an LED flash. This setup manages to take above average photographs — the dynamic range is average and contrasts are decent. Under bright sunlight, the photos are vibrant. However, the camera struggles with the exposure, i.e. it tends to tone down the brightness in brightly lit environments and vice versa. We could say that the camera is not on par with the rival — thanks to the absence of a Sony sensor here. 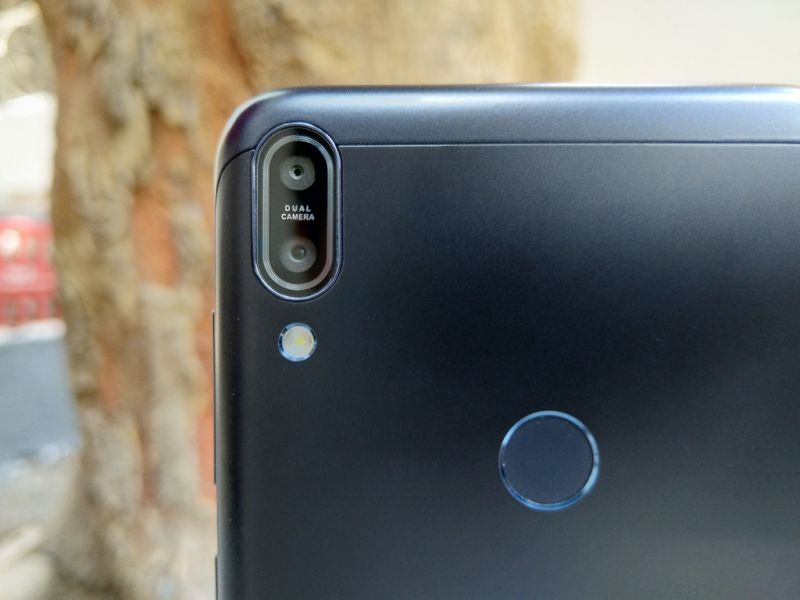 In low light, the camera compensates with higher ISO values, which adds in a fair amount of noise. In absolute dark conditions, the photos lose colour accuracy and sharpness — passable for social media. The shutter speed takes a hit in dark surroundings, requiring the user to hold still for a few seconds after capturing the shot. The portrait mode isn’t the best in the business, faltering with the distinction between the subject and background at sometimes. However, it does a job well, but faults can be noticed in few photos. Human subjects in the bokeh mode are also seen with a few irregular edges, but it's not a complaint as most smartphones with this feature also tend to fail at times. Overall, the rear camera's performance is not great, but not bad either.

The front camera is an 8MP sensor with an LED flash. The selfies are decent and the software-assisted bokeh effects also suffer from an incorrect distinction between the subject and the background. Check out some photos from the phone below. 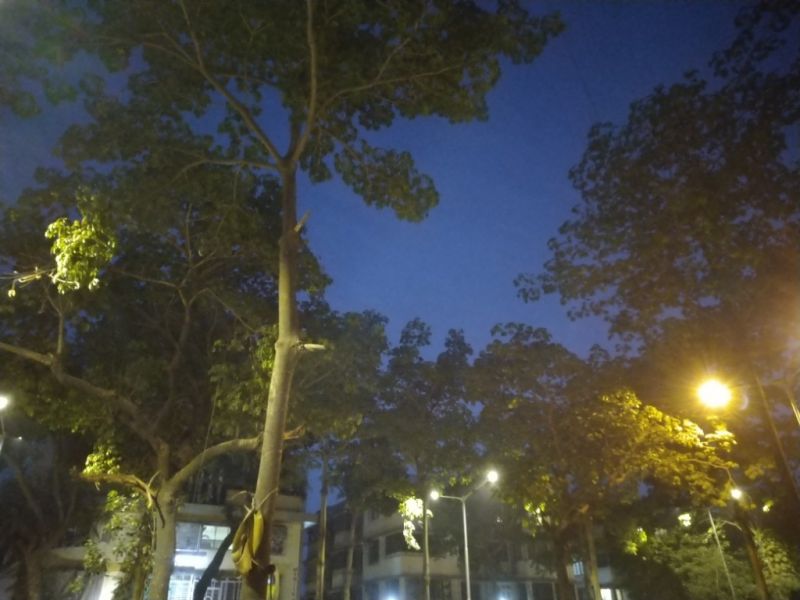 Night photos tend to carry noticeable noise with a tremendous loss in details. 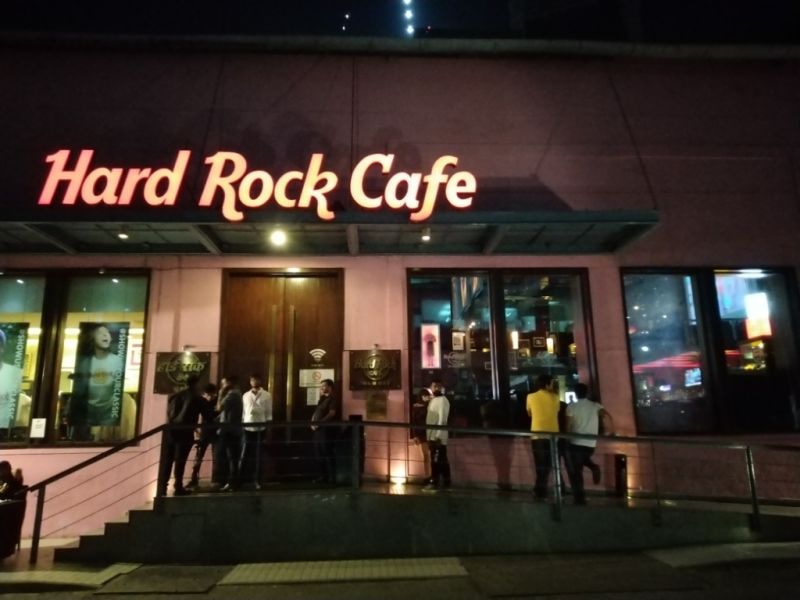 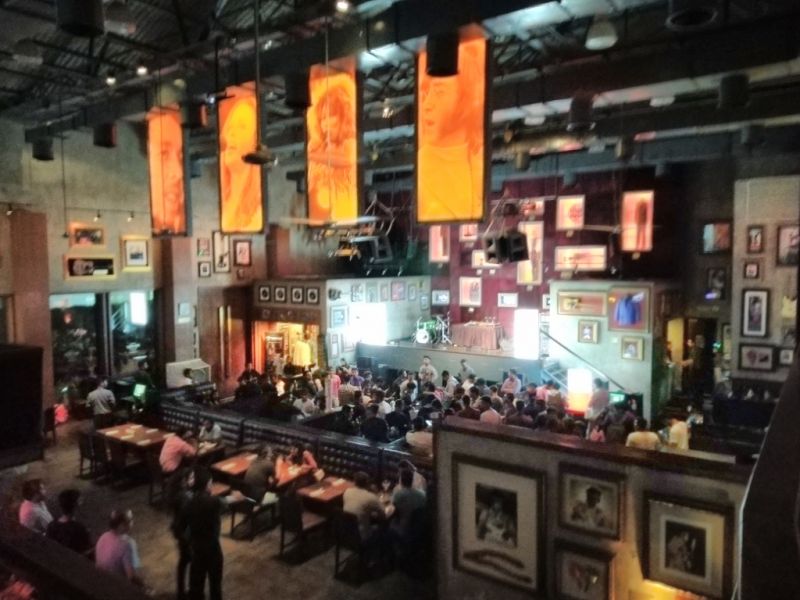 HDR helps with enhanced light in the night at cost of details. 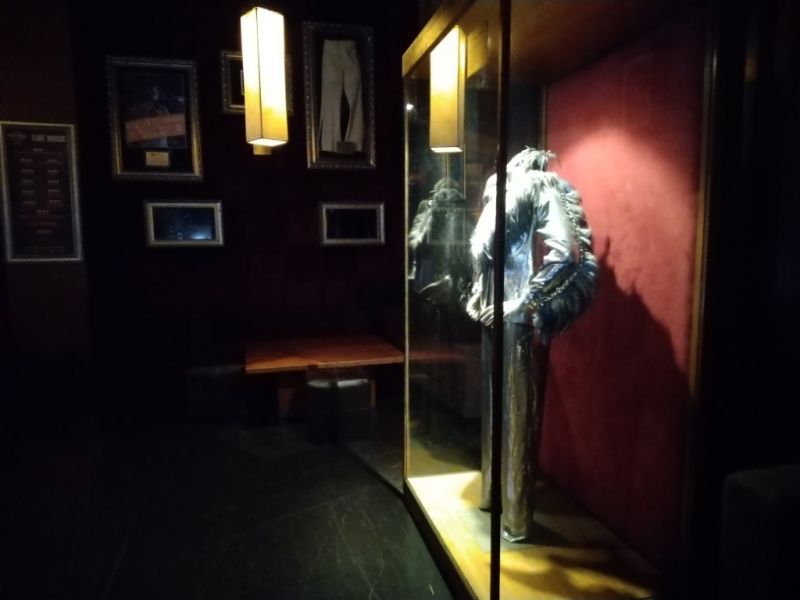 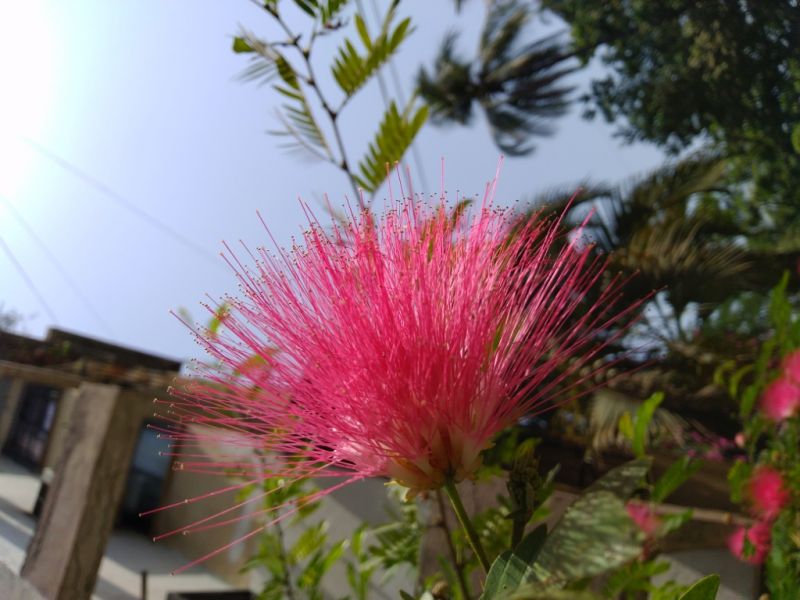 Macro shots are vibrant in daylight and carry ample details. 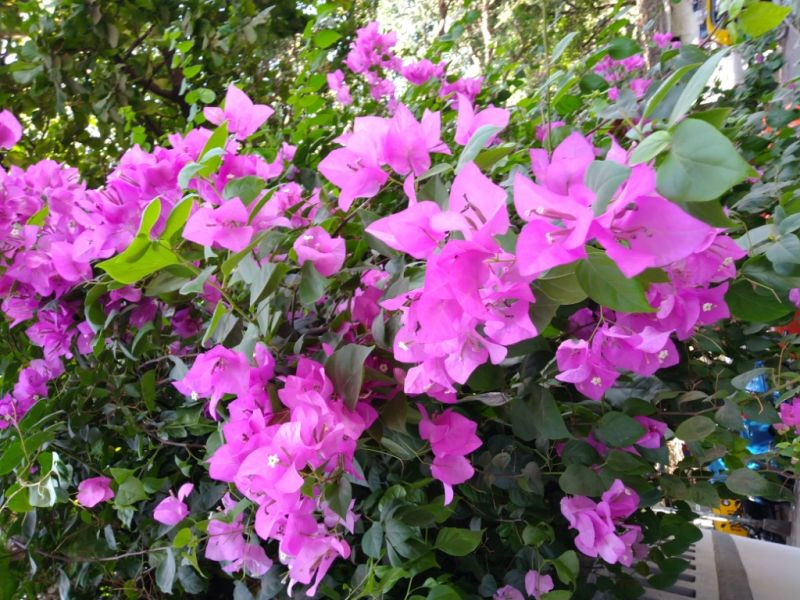 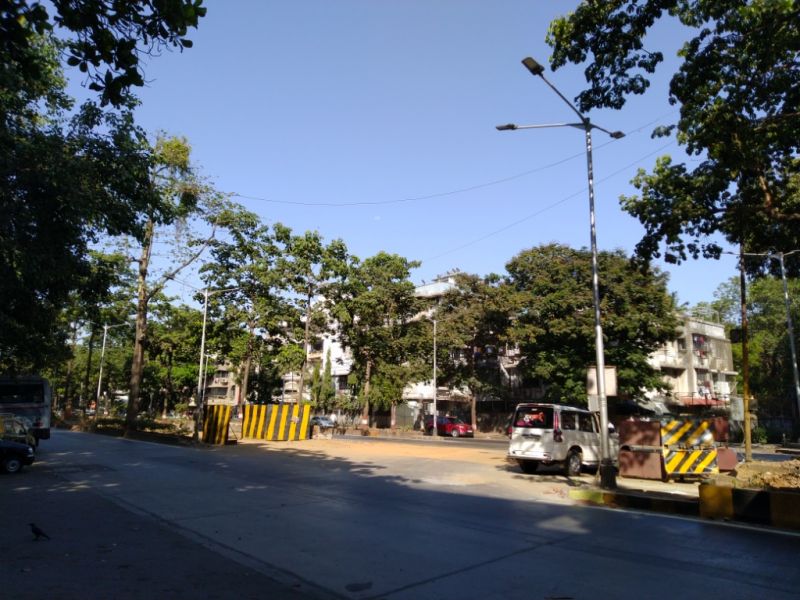 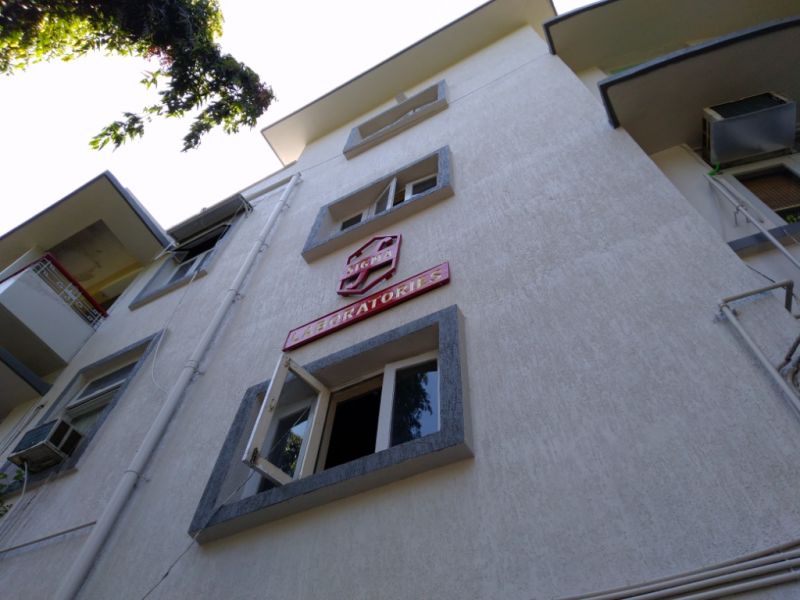 Loss of details in low light. The wall's surface doesn't carry the details. 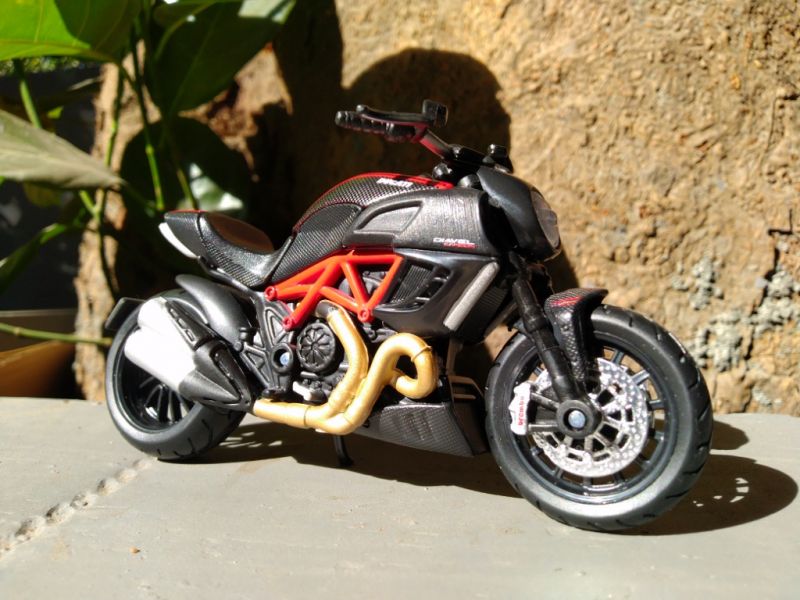 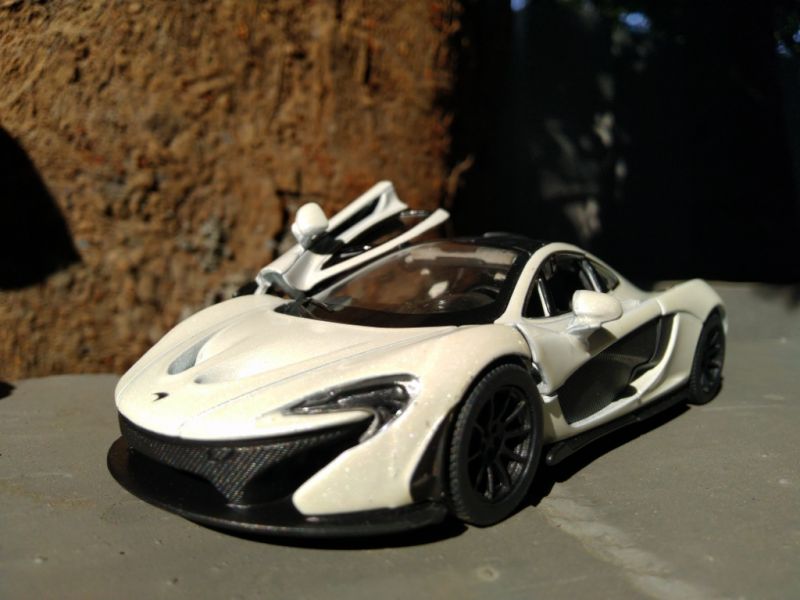 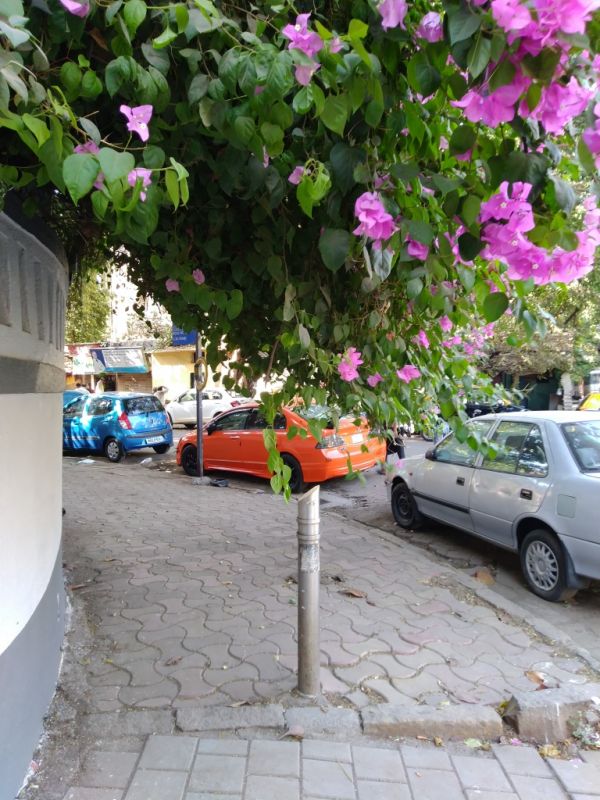 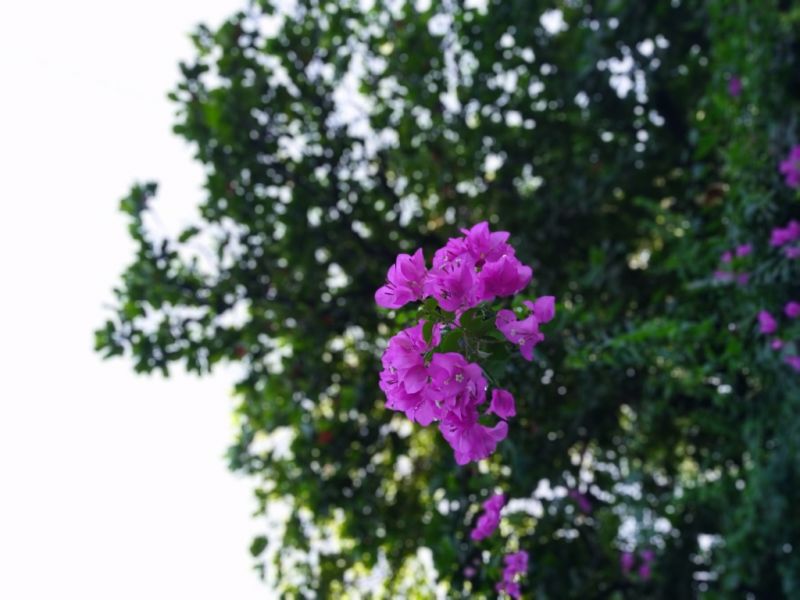 Another issue we found annoying is the camera's UI, which at best can be described as unpolished. ASUS says the Camera app offers simpler access to controls, but it takes some time getting used to the settings. Layouts and icons are a bit confusing and are improperly marked for the functions they offer. Experiment for a few hours with the camera and you would slowly be accustomed to the modes. 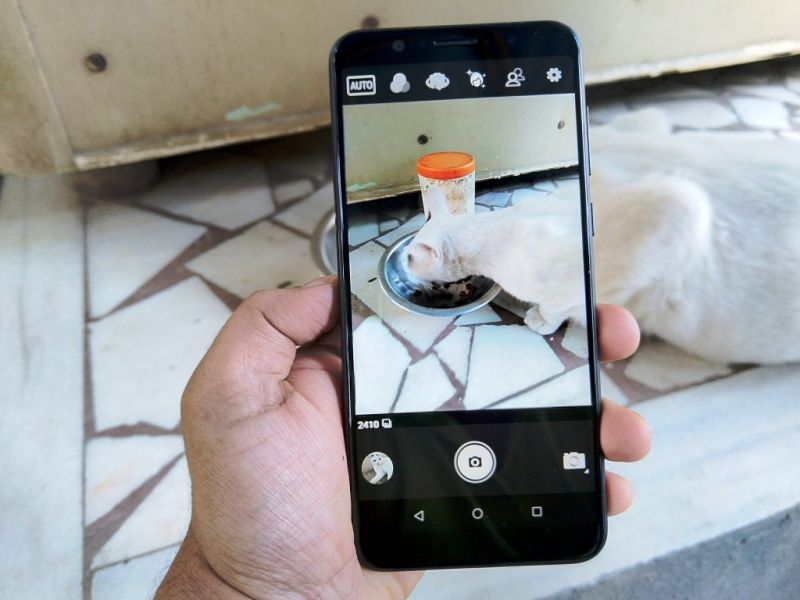 Therefore, the camera is probably the weakest area of the Zenfone Max Pro M1 and if you demand good shooting skills in your smartphone, you should probably check out the rivals. However, with more updates planned ahead, ASUS claims to better the area in time. 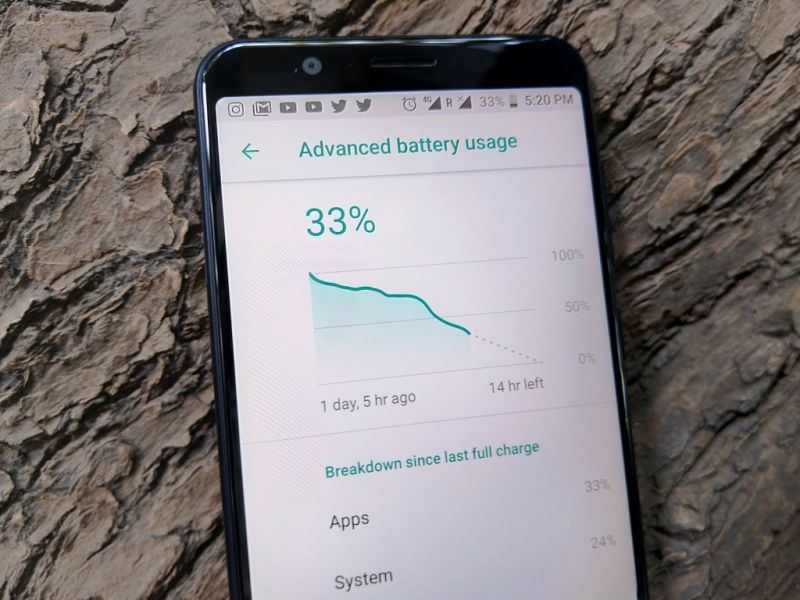 For what it loses in the camera department, the Zenfone Max Pro M1 makes up for it with a big battery — in fact, it's enormous and the only other smartphone with such a huge fuel tank, but in a smaller form factor. There’s a mammoth 5000mAh battery keeping the phone alive for a long. How long? For someone who does a marathon talk time, incessant texting, occasional online video streaming and photo sessions, the Zenfone Max Pro M1 will last around a day and a half, and probably a little more. Filling up the giant tank is also taken care by 5V/2A Rapid Charging, which is often overlooked by the rivals. You can do a full refuel in about two and a half hours. We wonder whether someone will even need a power bank with this handset ahead.

With the Zenfone Max Pro M1, ASUS has taken a leap in the right competitive direction. There’s a lot that favours it — an almost stock Android interface, an impressive build and a mammoth 5000mAh battery. The phone is reasonably fast in everyday usage scenarios and those looking for a device for daily casual tasks to tad heavy gaming should find this fairly appealing. However, it falls short of expectations when you consider the camera performance, which is the only major chink in its armour. Otherwise, it comes out as a fairly interesting all-rounder, especially when you consider its price. It won't be exaggerating to state that the Zenfone Max Pro M1 edges out the class-leading Redmi Note 5 Pro in most parameters and easily comes across as a top recommendation in the budget mid-range smartphone segment. 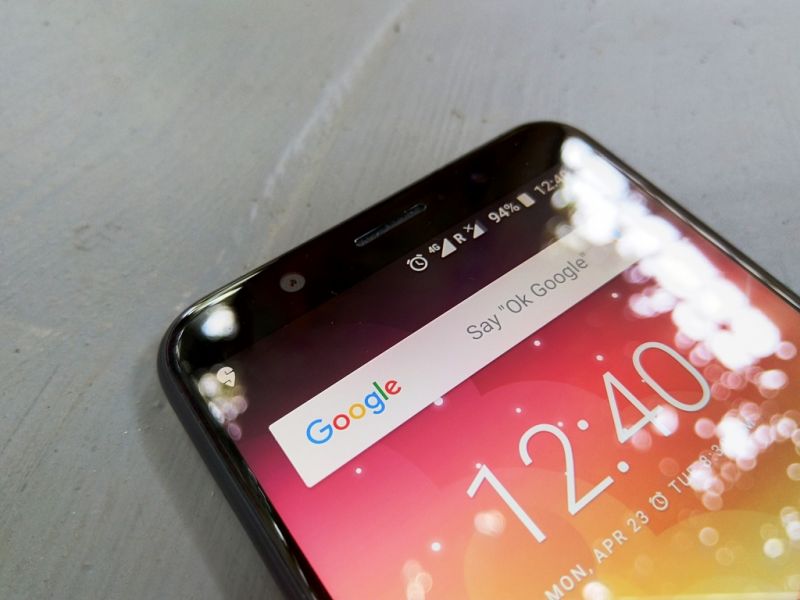 To sum it up, the Zenfone Max Pro M1 is a recommendable option for those who are willing to seek a no-nonsense smartphone for a pocket-friendly deal. For those looking for even more performance, ASUS will soon unveil the Max Pro M1 in a 6GB + 64GB variant along with a 16MP + 5MP rear camera and a 16MP selfie shooter. This upcoming smartphone could beat the rival hands down.

Secureye the next big deal in home monitoring

Poker enthusiasts use these tips to game responsibly