The Redmi Note 5 Pro puts emphasis on everyday performance and has a pair of great cameras. At Rs 13,999, it is currently your best bet in the budget midrange segment.
Rating:

Valentine’s Day 2018 marked Xiaomi surprising its fans in India by launching the Mi TV 4 apart from two new devices under the ‘Redmi Note’ series. The ‘standard’ Redmi Note 5 received considerable appreciation, despite being just an upgrade to the older Redmi Note 4. The Redmi Note 5 Pro, on the other hand, is an all-new device, bringing the ‘Pro’ moniker to a Xiaomi device on our shores for the first time.

On paper, the Redmi Note 5 Pro has all the makings of another winner from Xiaomi’s stable. It is driven by a brand new Snapdragon processor, a new pair of eyes and new aesthetics; all of which is enough to attract the casual ‘Redmi Note consumer’ on paper. However, Xiaomi is trying to cater to a slightly higher class of smartphone buyers with the Note 5 Pro, which is reflected in its price tag — Rs 13,999 for the base 4GB/64GB variant and Rs 16,999 for the top 6GB/64GB variant. Xiaomi is a brand that is usually synonymous with the budget category, despite having a presence in the premium segment with the Mi MIX 2. Therefore, does Xiaomi’s latest warrior meet the expectations to be an all-rounder midrange smartphone? Read on. 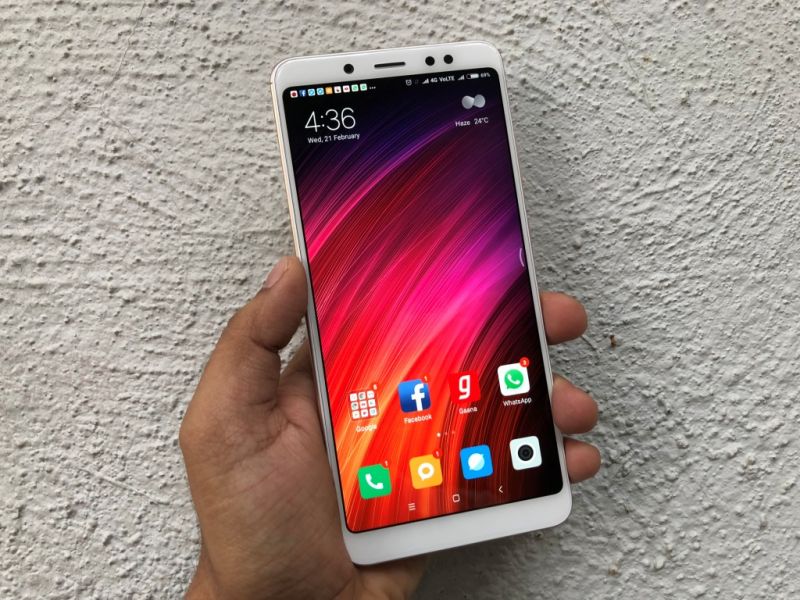 Xiaomi's arrival on the Indian soil changed the way the 'Aam-Aaadmi' (common-man) smartphones were built. The Redmi Note series has been responsible for redefining the benchmark in the budget-midrange segment each year since its arrival into the country. The Note 5 delivers on that front with a superb build and a completely new design. As for the Note 5 Pro, the Chinese giant hasn’t done anything extraordinary with the build and design of the phone — there’s an all-glass face with a tall 18:9 display and a rear built using a metal-plastic combo (yes, the top and bottom ends are still made of plastic to aid antenna reception). The top, as usual, houses the IR sensor and a secondary noise-cancelling microphone — stuff that you find as a standard in every Xiaomi smartphone out there. 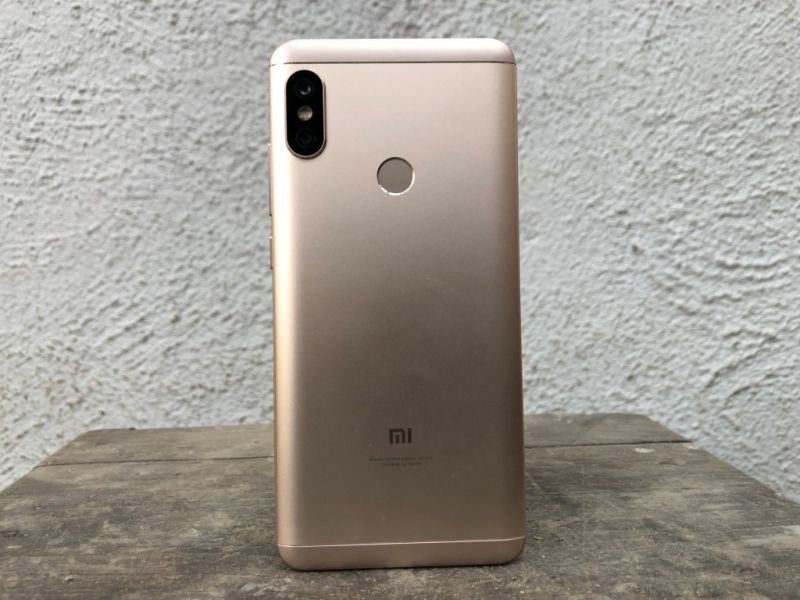 However, what pops most eyeballs is the rear camera setup — there’s no other way to put it, but the rear dual camera module totally resembles the one from Apple's iPhone X. The size of the two lenses and the position of the LED flash hark back to Apple’s flagship. Those who don’t like a protruding camera bump will have a tough time to get accustomed to it, and the protrusion also puts it at risk with scratches when rested on its back. The only solution to elongate the ‘newness’ of your Redmi Note 5 Pro is to use a protective case (thankfully each one is now bundled with the phone, free) that’s thick enough to make the rear level-out. The fingerprint sensor rests on the back in a convenient position (towards the top-centre) and has a pretty fast response time. 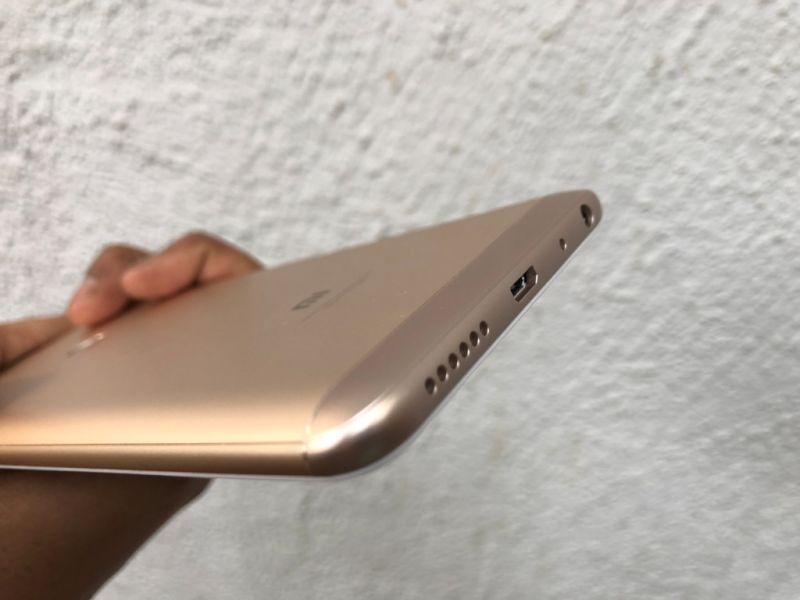 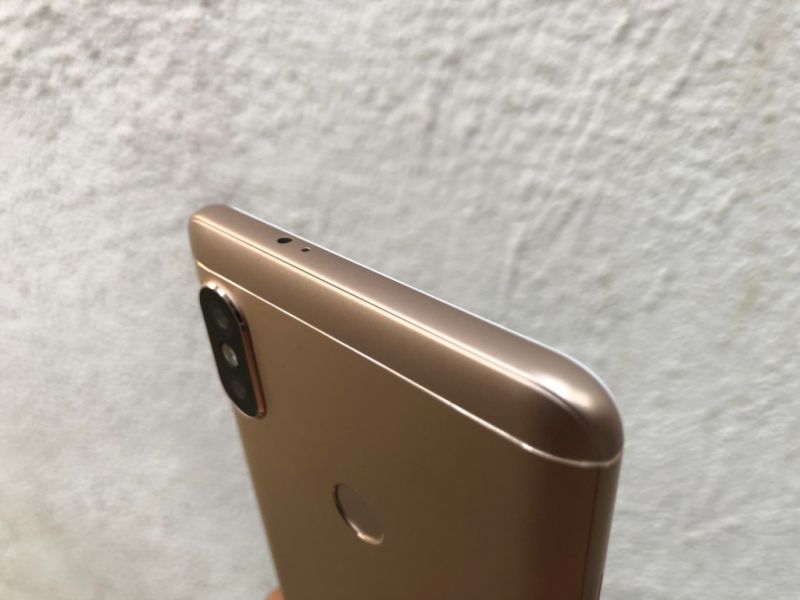 What disappointed — the presence of a micro USB port; a 2018 midrange smartphone could have seen the Type-C port as a new future-proof feature. Xiaomi claims to ditch the Type-C in favour of the micro USB for enhanced compatibility (micro USB chargers are easier to find everywhere as compared to USB Type-C) and also based on user/fan feedback.

Overall, the Redmi Note 5 Pro is well-built for a phone in its category and although it takes a huge amount of inspiration from Apple’s flagship, it’s still a pleasant-looking handset. We would recommend the black variant over other colours as it hides all the sensors on the front. 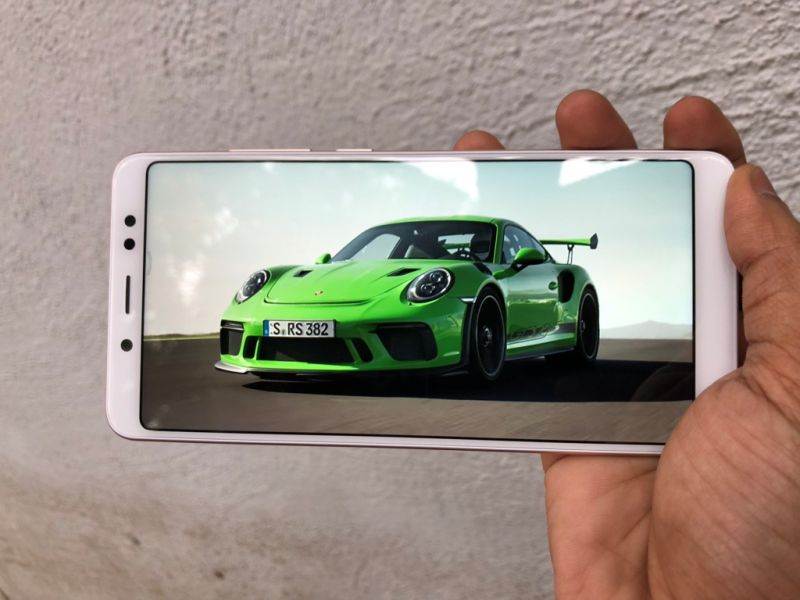 However, it isn't one of the best LCD panels we have seen (in our view, 2016’s Mi 5's LCD panel had a superb picture quality), so don’t expect Samsung’s AMOLED-rivalling experience. However, Xiaomi has taken the efforts to make sure the Note 5 Pro gets premium looks, which is why the corners are well-rounded to give an overall pleasant viewing experience. Sunlight legibility and viewing angles are also pretty decent — no complaints here. 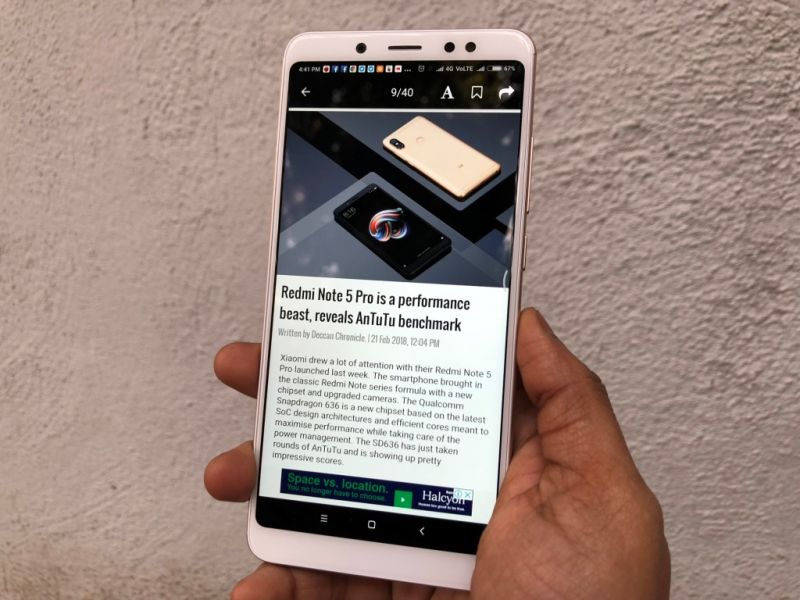 As stated, unlike the Redmi Note 5, the Redmi Note 5 Pro is built from the ground up, and therefore, there’s a lot to talk about. The headlining feature of the Note 5 Pro is the presence of a brand new Snapdragon 636 chipset — the first to debut from India. It comprises of eight Qualcomm’s custom Kryo 260 cores — four based on ARM's Cortex A72, whereas the other four on Cortex A53 cores. Qualcomm states that the custom cores will aid performance drastically over the Snapdragon 630 SoC, which is used in some of the Note 5 Pro’s more expensive rivals. Coupled with a new Adreno 509 GPU, the Note 5 Pro looks promising on paper. Xiaomi's own MIUI 9 runs the errands on this one; but sadly, it's still based on Android 7.1.1 Nougat — odd for 2018, considering rivals are stepping up to Android Oreo (its sibling, the Mi A1, is officially running a stock version of Oreo). However, Xiaomi is known to provide adequate support for their smartphones for up to four years in the form of MIUI updates, which is something that no other Android OEM does. Xiaomi has confirmed that the Pro will shortly receive new features (such as Face unlock), apart from regular updates and probably the Oreo update too.

Update: We have tested the Face Unlock feature on the Redmi Note 5 Pro and here's how it fares in its first public build. Read it here. 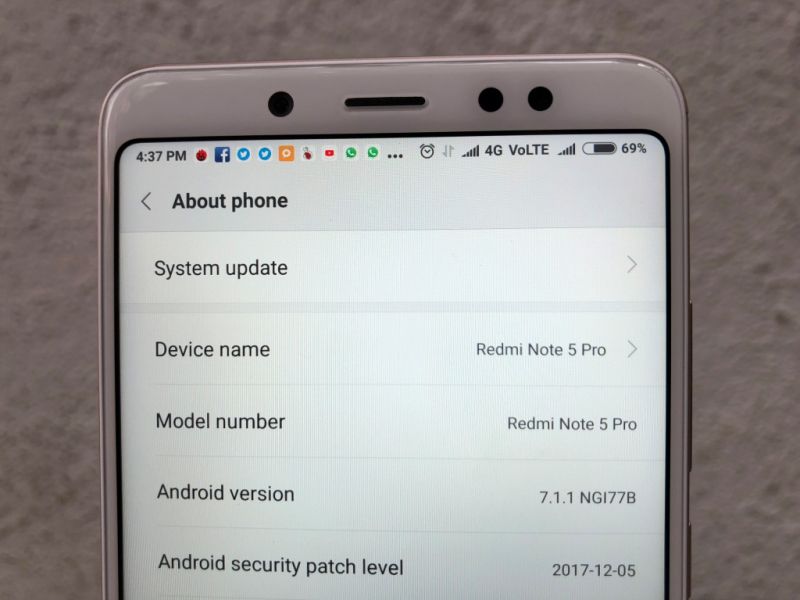 With a brand new hardware below and Xiaomi’s extensively optimised MIUI OS within, the Redmi Note 5 Pro simply works effortlessly. Launching heavy apps to switching between multiple resource-intensive games are some the jobs that the Note 5 Pro is eager to do without breaking a sweat. The Kryo 260 cores deliver flagship-class performance while the Adreno 509 GPU renders graphics at medium level — as expected from a midrange chipset. Resource-intensive games may occasionally cause jitters and stutters, but not up to a point where it becomes intolerable. 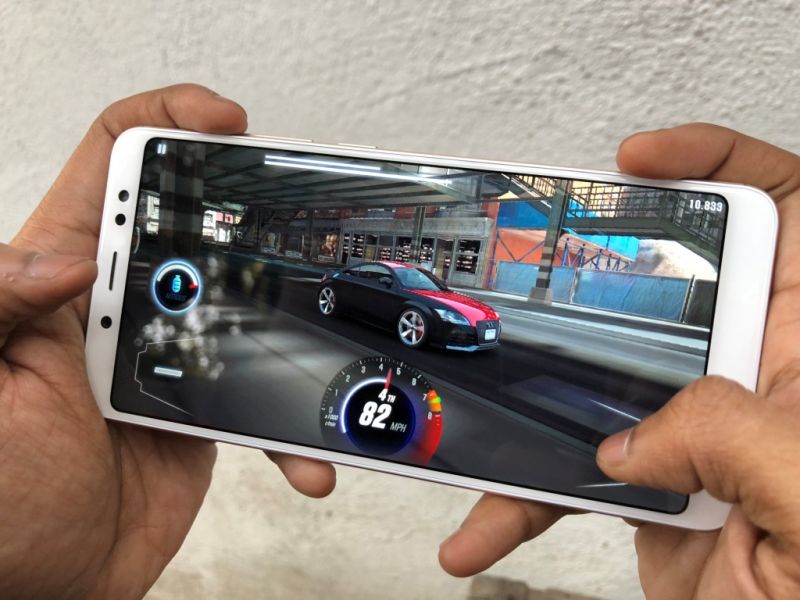 One issue that we noted with the Note 5 Pro is occasional freezing, which we assume could be some glitch that Xiaomi could solve with an update shortly. However, since our review unit was running on a Nightly build of MIUI 9.2.2.0  — Xiaomi's codename for MIUI's beta builds — we assume these issues will be ironed out for users who will witness a final, stable version of the OS. (Stay tuned for an update in this article when we receive the next beta build that will feature Face Unlock.) 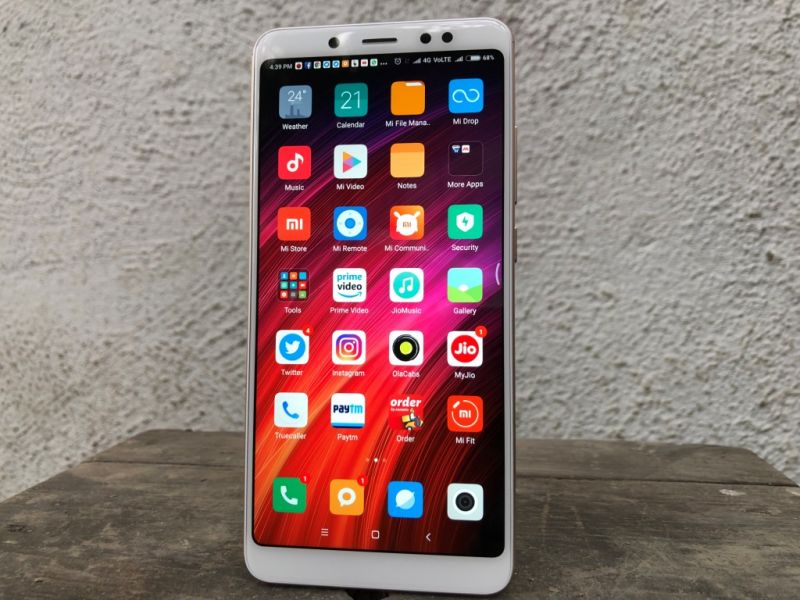 As with MIUI 9, there’s no dearth of customisation options. One can change everything from the icons to wallpapers to stylised widgets — courtesy Xiaomi’s extensive theme store. The latest iteration of MIUI 9 also brings Calendar cards along with other third-party app shortcut and easy access to quick settings (which is as usual inspired by Apple’s iOS). 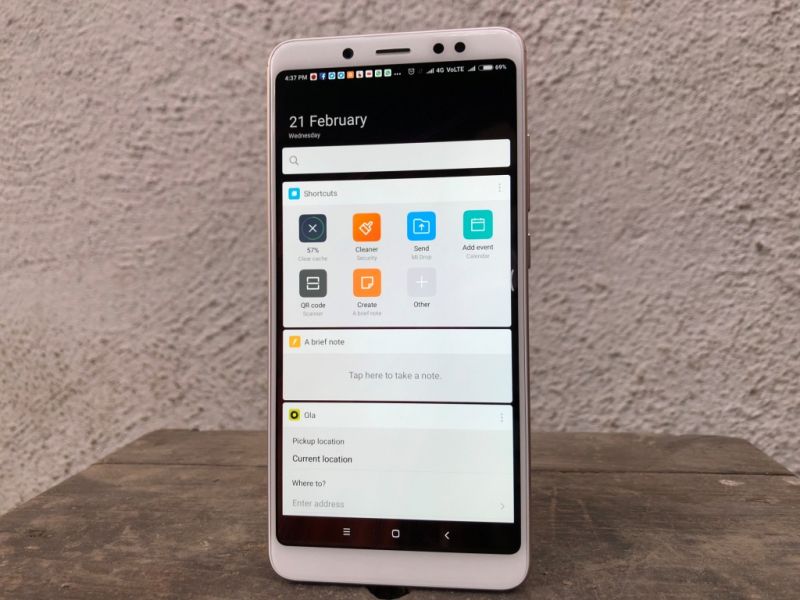 Apart from split-screen multitasking, Xiaomi’s usual array of custom apps and services comprise a majority of MIUI. Although they are essentially bloatware, they don’t eat up resources unnecessarily like other ROMs do. However, the MIUI 9 build on our handset was not able to adjust to newer 18:9-format apps, which most rival custom UIs feature; therefore black bars on top and bottom on few apps were a common sight for us. 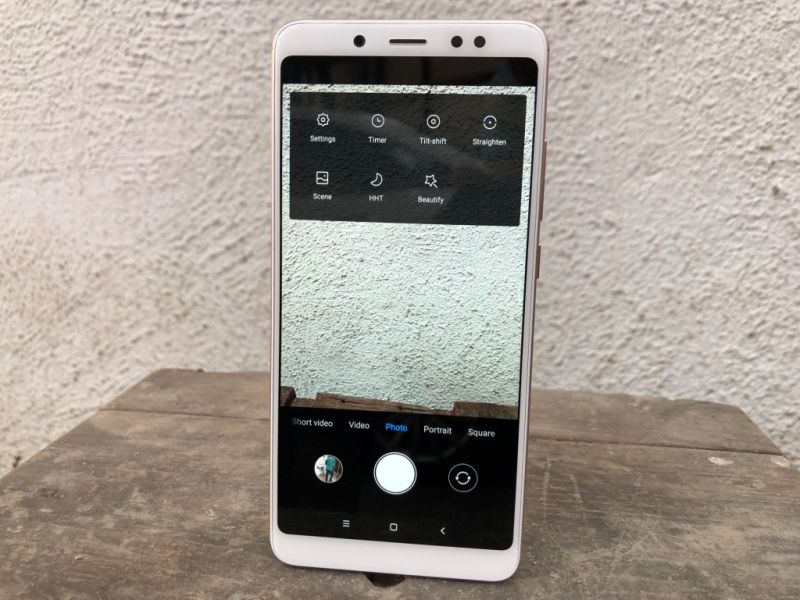 The Redmi Note 5 Pro is aimed to be a camera-focused smartphone, an area that Xiaomi finally addresses after failing to deliver on par with some of the best in its category. The rear unit comprises of a 12MP (f/2.2, 1.25 μm) + 5MP (f/2.0, 1.12 μm) sensor combo, which is aimed to deliver portrait shots (no monochrome sensor here). The pixels are slightly bigger now and hence manages to put a leash on disturbing grains in low light conditions. However, there’s still a loss of details in dark conditions, which is a sacrifice made to keep noise under limits. Nonetheless, the photos are usable for social media purposes. Daylight photos turn out to be crisp with a vibrant dynamic range and contain ample details without HDR. 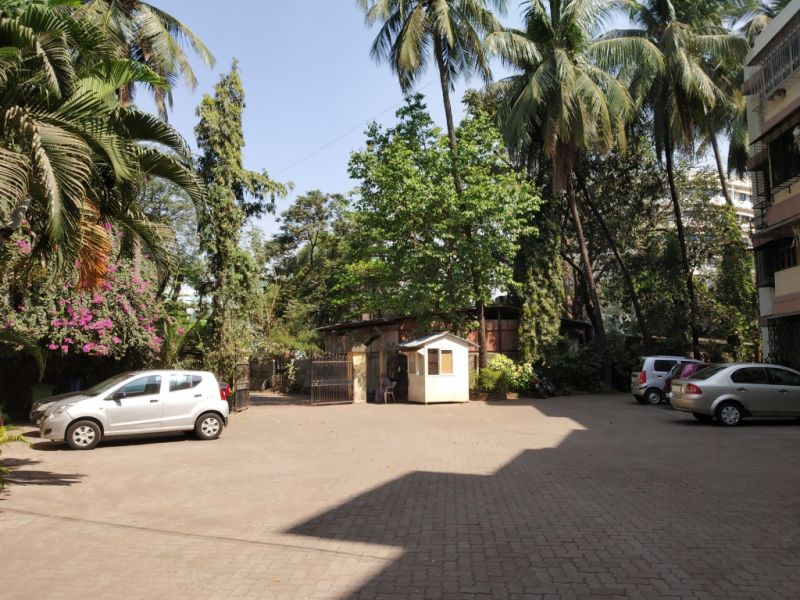 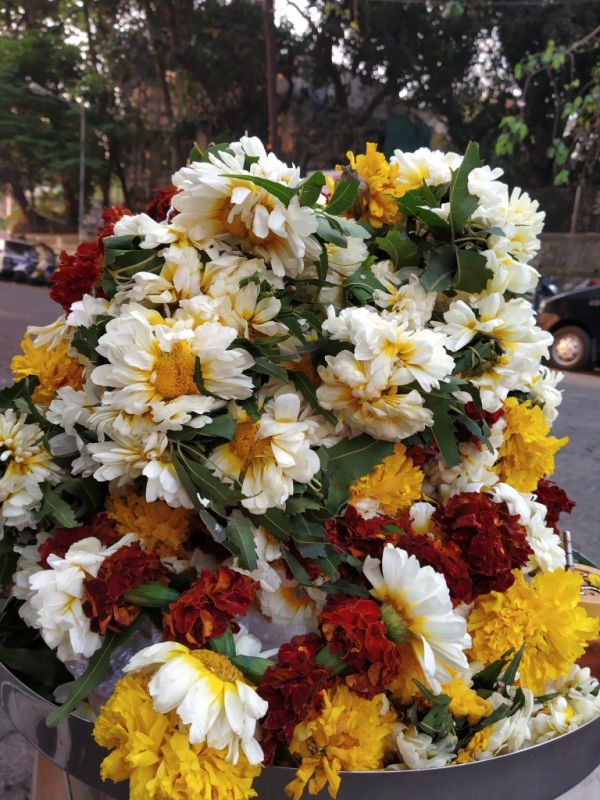 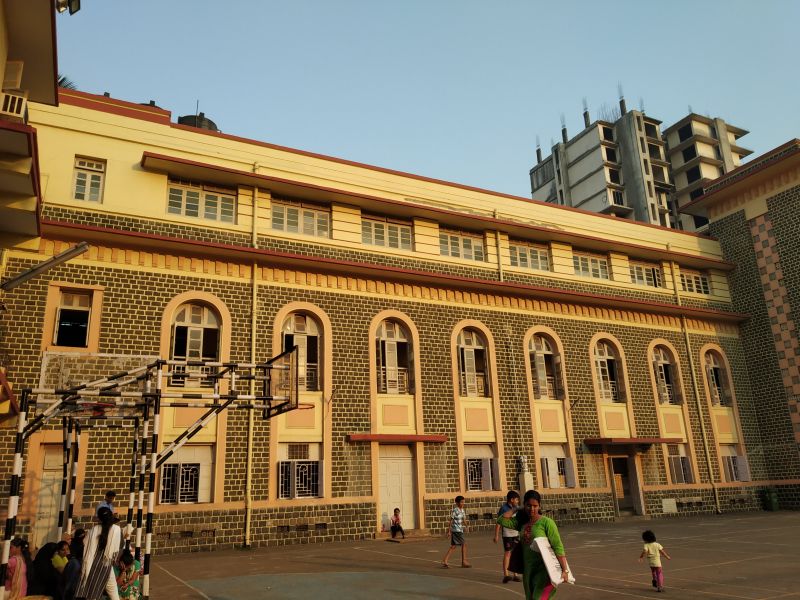 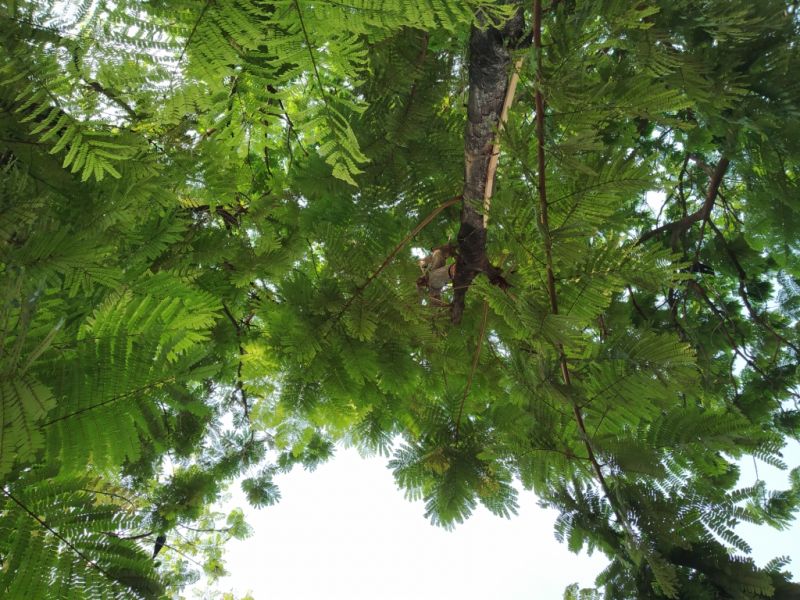 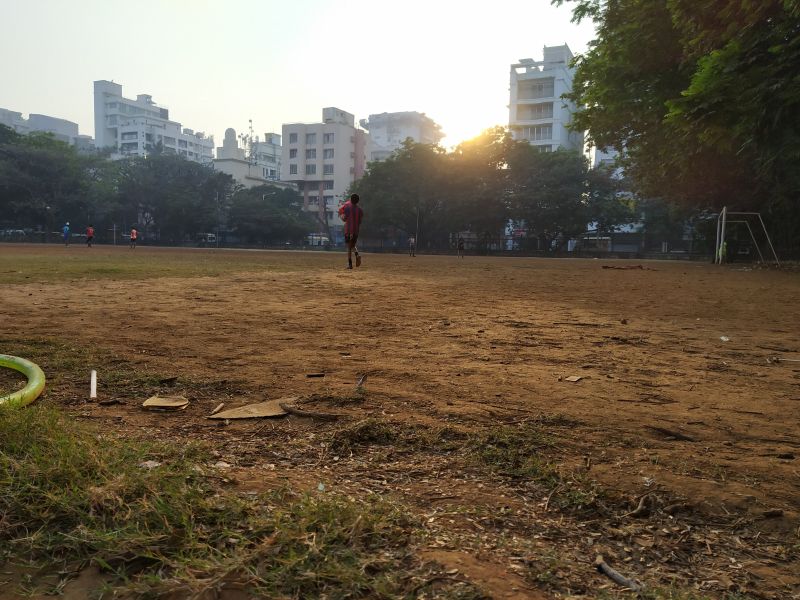 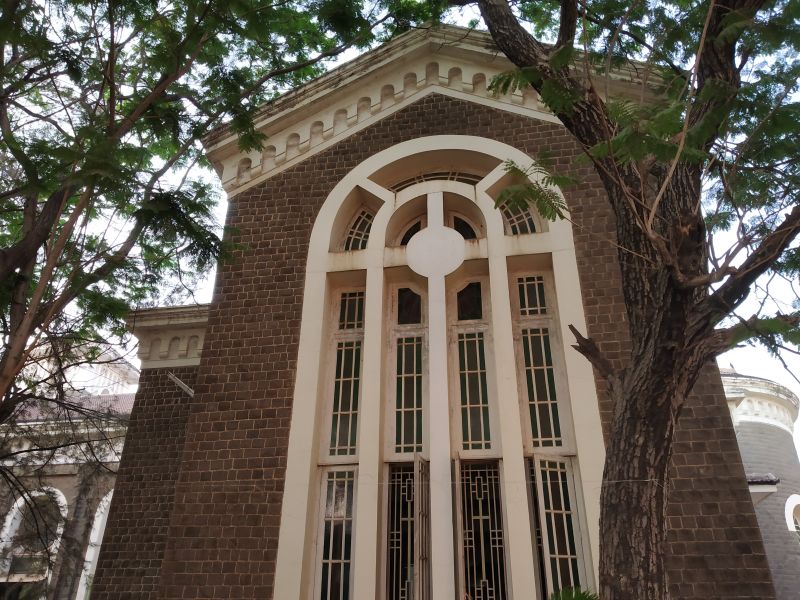 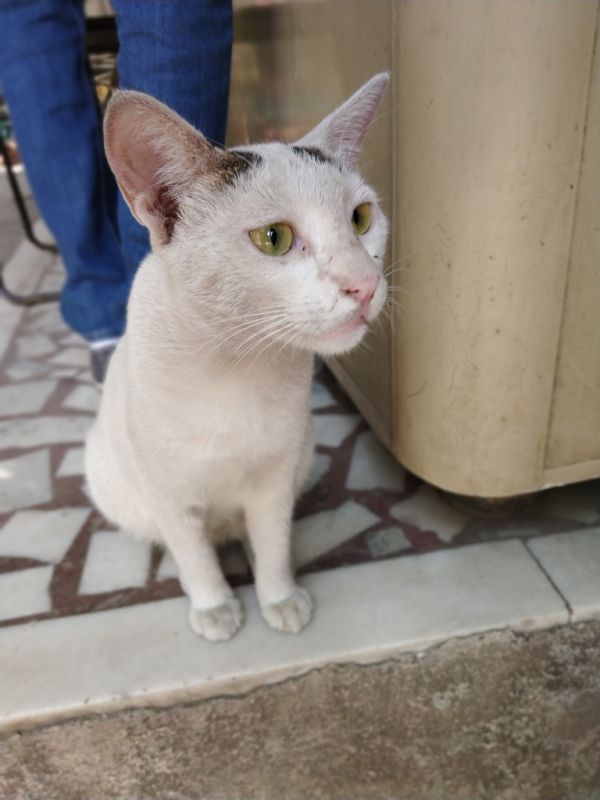 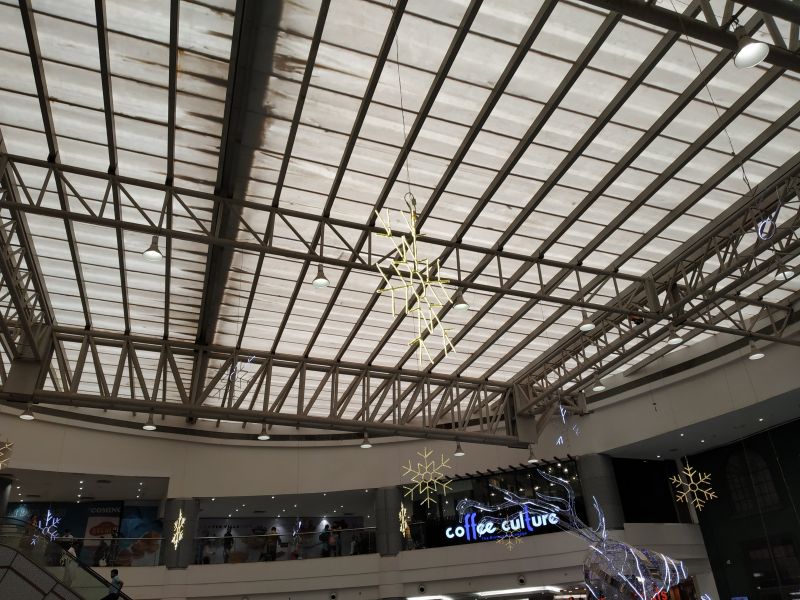 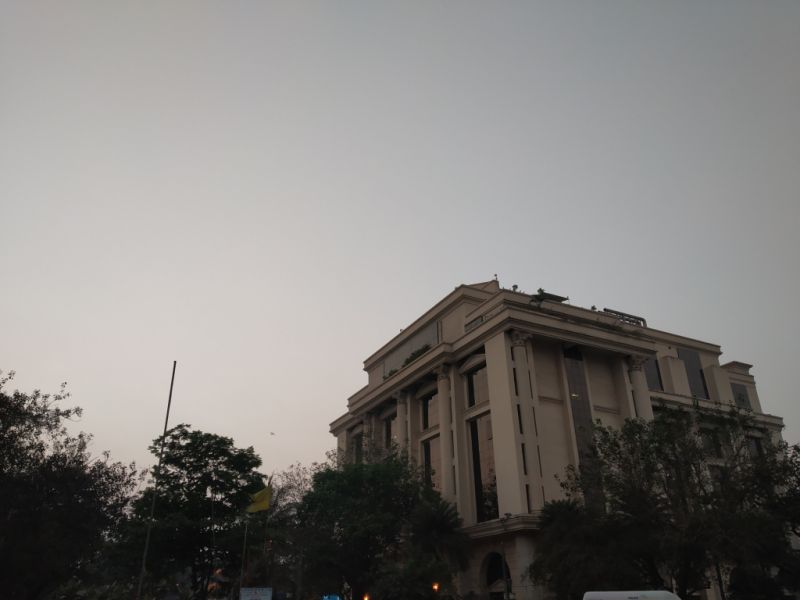 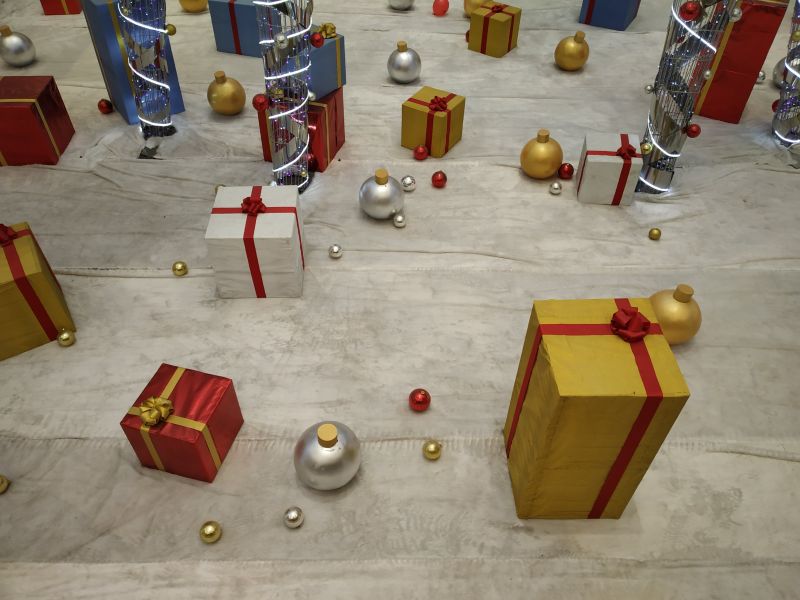 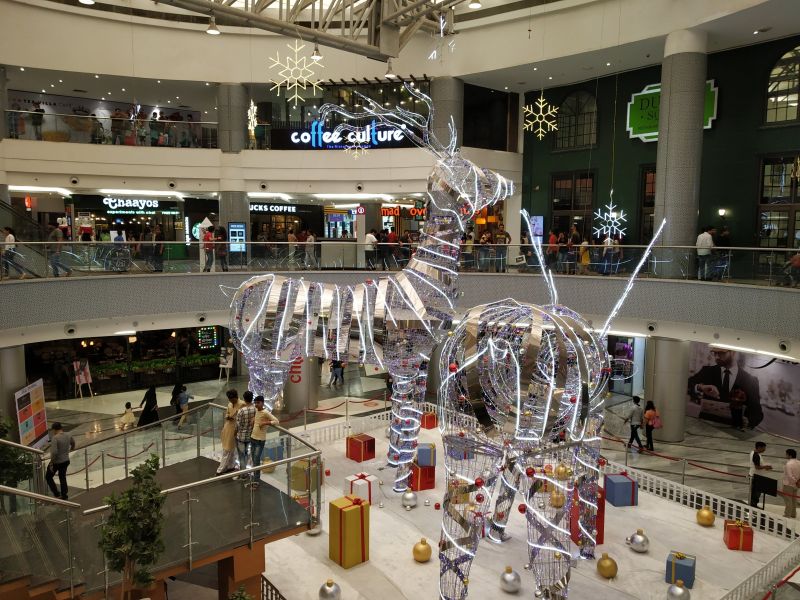 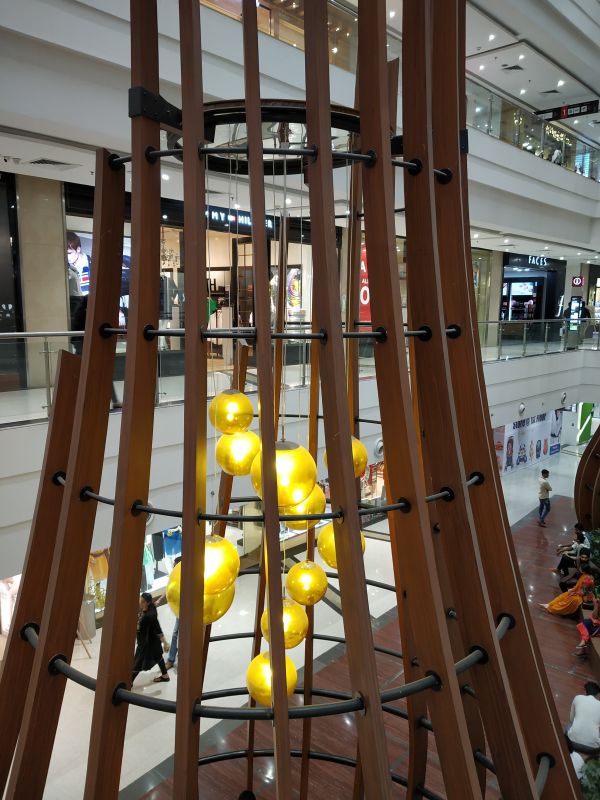 As for the portrait mode, Xiaomi has clearly worked on it to make it look more natural when compared to Mi A1. There’s a lot of software trickery going on below to keep a clear distinction between the foreground and the background — it was rare when we noticed imperfect edges on the subject. Lastly, the camera app gets a major overhaul with multiple shooting modes and formats.

However, when it comes to the front camera, the Note 5 Pro delivers beyond our expectations from a phone of this budget segment. Xiaomi has taken the help of artificial intelligence to snap portrait selfies with the phone’s 20MP fixed-focus sensor. Similar to Google's Pixel 2, portrait shots now use AI to blur out the background while still keeping the subject in focus, in real-time. The blurring is kept to natural levels and there are no noticeable jagged edges to the subject. Normal selfies also turn out to be good, although not as great as one can click on a Pixel 2. 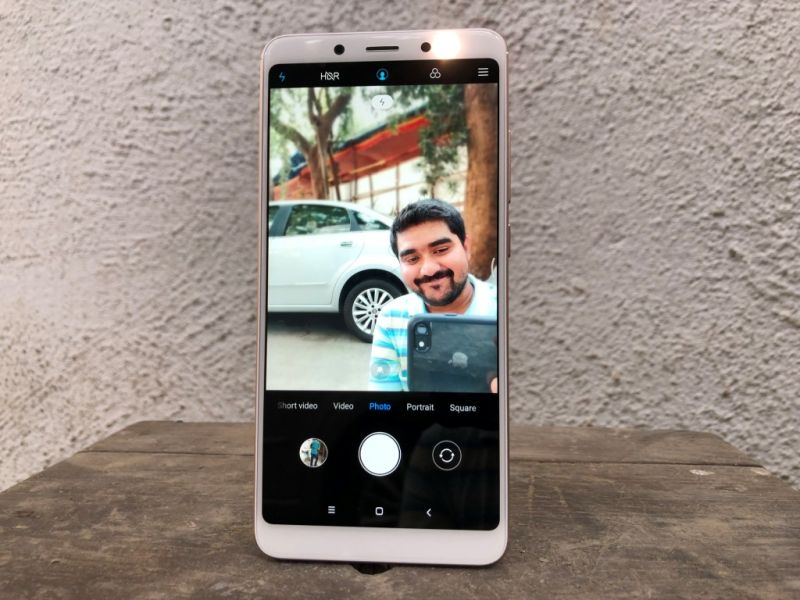 Nonetheless, if you are a selfie addict, the Note 5 Pro will keep you happy. Xiaomi has also introduced Beauty 4.0, which marks a huge improvement for selfies, especially catering to Indian women. For example, Indian women use bindis, which was marked as a blemish earlier, is now considered as normal, and won't be affected in the final photo. Check out a sample portrait selfie below. 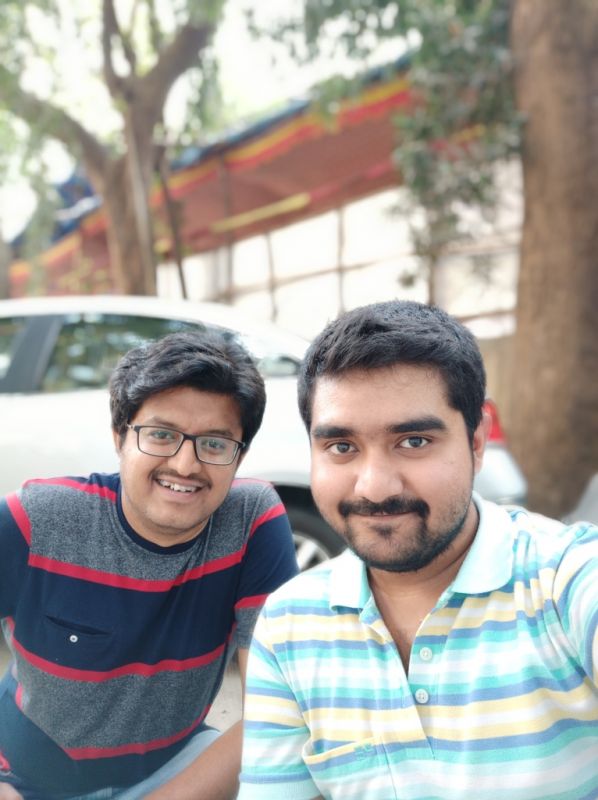 The Note 5 Pro also gets Electronic Image Stabilisation (EIS) for video stabilisation, which is a first for a Redmi series. The footage is stable, although not as good as an OIS-based video. However, the issue of the phone hunting for focus continuously while shooting still persists — Xiaomi should look into this issue. 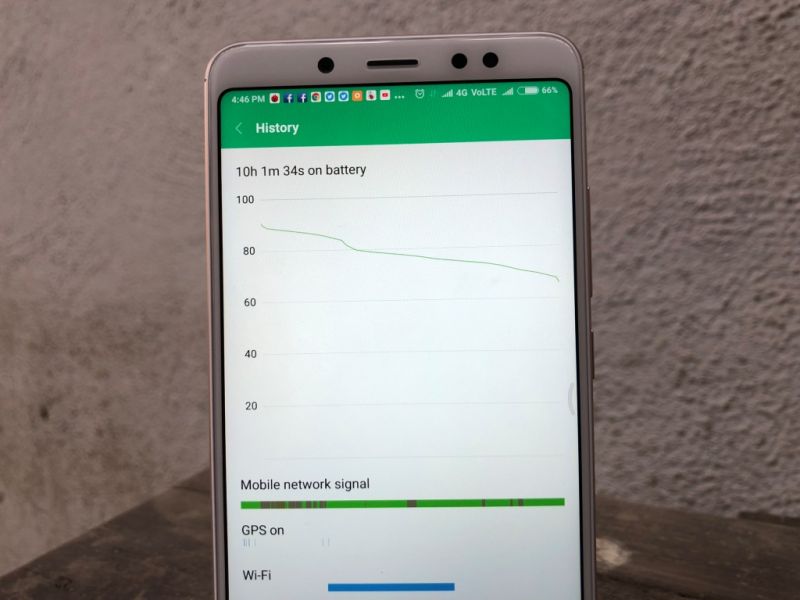 Even if you are a power user, i.e. you spend your day on the phone playing games or taking photos, then the Note 5 Pro can stretch out to a day with still some juice to help you hunt for a charger. Xiaomi bundles a 5V/2A charger with the Note 5 Pro, which takes around 2 hours to top it up from as low as 10 per cent. The SD636 supports fast charging, however, Xiaomi did not include the feature here, probably to keep the price low. 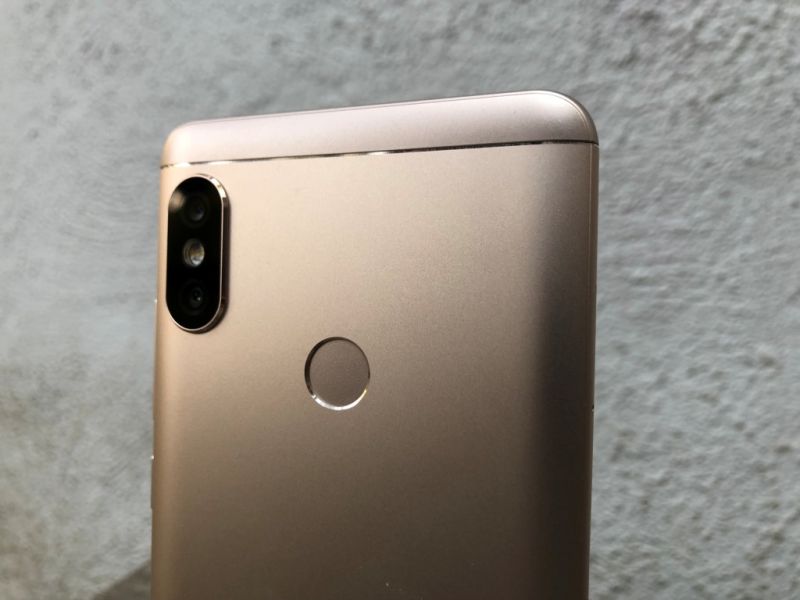 Xiaomi's Redmi Note phones always have been capable all-rounders and have managed to satisfy various kinds of smartphone seekers. The Redmi Note 5 takes care of the ‘all-rounder’ part and is a notable choice if you’re looking for a reliable, no-nonsense smartphone. However, the Note 5 Pro is a different animal — it proves that Xiaomi knows what expectations Indian consumers have from their midrange offerings — a powerful new chipset capable of handling daily abuse without breaking a sweat, a pair of good cameras (especially the 20MP front eye), premium aesthetics, a well-built exterior, and a feature-rich operating system. The only area we found sour was the dated Android OS out of the box — Xiaomi should have released Oreo with it.

Overall, the Redmi Note 5 Pro makes for a tempting choice in the midrange smartphone segment. In fact, it’s presently one of the best performance-dedicated smartphones with the best value for its price.

Horoscope 21 May 2022, Your Daily Astroguide