Redmi Note 5 Pro Face Unlock hands-on: Is it a gimmick?

Unlike the iPhone X’s hardware-based FaceID, the Redmi Note 5 Pro depends on the 20MP selfie camera and Xiaomi’s AI algorithms.

The Redmi Note 5 Pro is an important product for Xiaomi as it will be responsible for setting the trend that the company will follow over the year. Xiaomi has gone all out on the Redmi Note 5 Pro with some of the best features that it can conceive at an affordable price and make the smartphone stand out from the crowd. One of these features mentioned during the launch was Face Unlock, which is supposed to come out within a month or two. However, we got to test out the feature in a yet-to-be-rolled-out build of MIUI 9 and here’s what we have to say about it.

One of the biggest challenges with facial unlock systems in smartphones is the eagerness they show for the job. The fingerprint sensor on the Redmi Note 5 Pro is pretty fast and recommended for securing your device. However, the Face Unlock system on the Redmi Note 5 Pro isn’t as fast as its fingerprint sensor in verifying the user and allowing access. It almost takes a second or two to undergo the verification process and unlock the device — do note that this depends on the ambient lighting. While the delay is long enough to show you a glimpse of all the notifications on the lock screen, it’s annoying while you are in a hurry outdoors.

As stated, unlike the iPhone X’s hardware-based FaceID, the Redmi Note 5 Pro depends on the 20MP selfie camera and Xiaomi’s AI algorithms. Therefore, it depends highly on ambient lighting for its effective performance. Under well-lit scenarios such as daylight and brightly-lit indoors, the system works as intended. 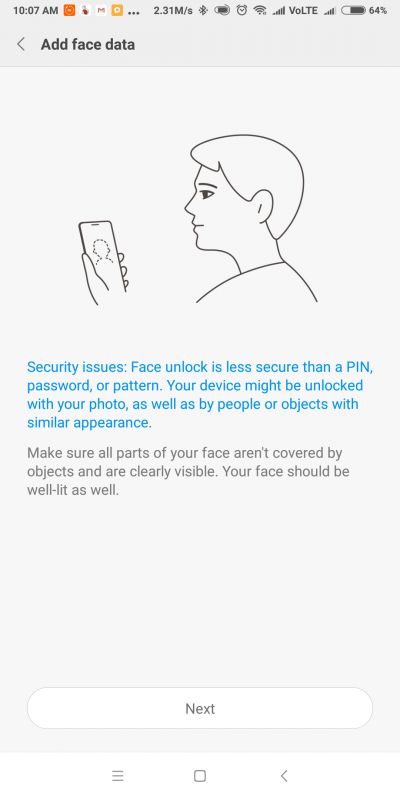 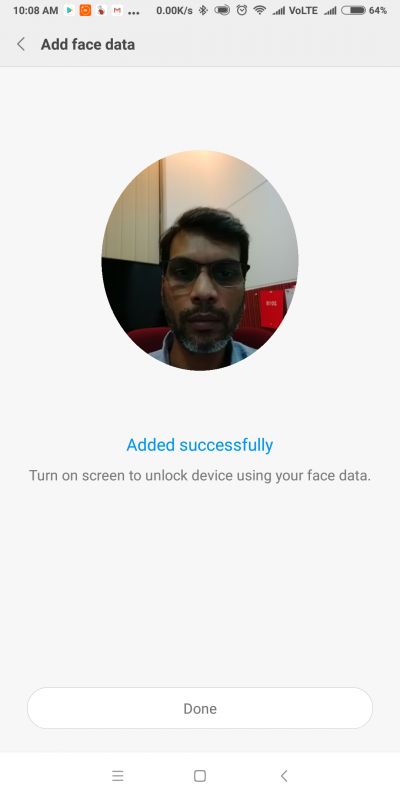 However, in low-light situations such as dimly-lit room, evening or a theatre, the Face Unlock gives up for now. We also noticed that uneven lighting on the user’s face can cause a delay in the verification process or throw up an error message. It will greet the user with several error messages such as “Couldn’t recognise you” or “Open your eyes a bit wider”. Also, the system’s recognition capability is restricted to a narrow field-of-view.

Xiaomi clearly states in the Face Unlock setup page that the feature is less secure than a PIN, password or pattern, and can be unlocked with a photo or someone having an identical appearance to the user. Therefore, users shouldn’t depend completely on the Face Unlock system and rely on the fingerprint sensor. 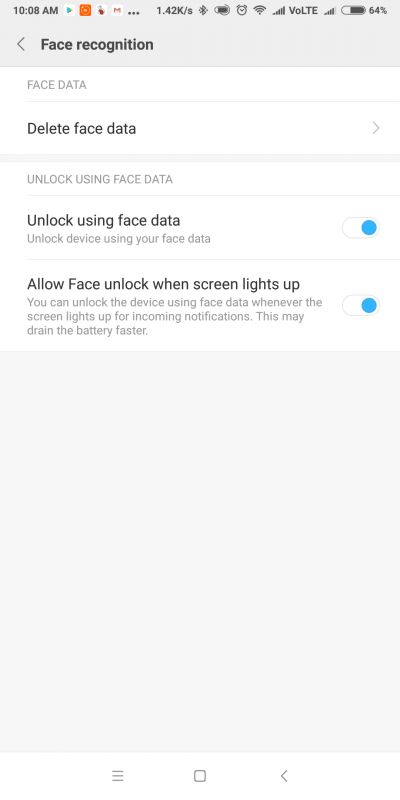 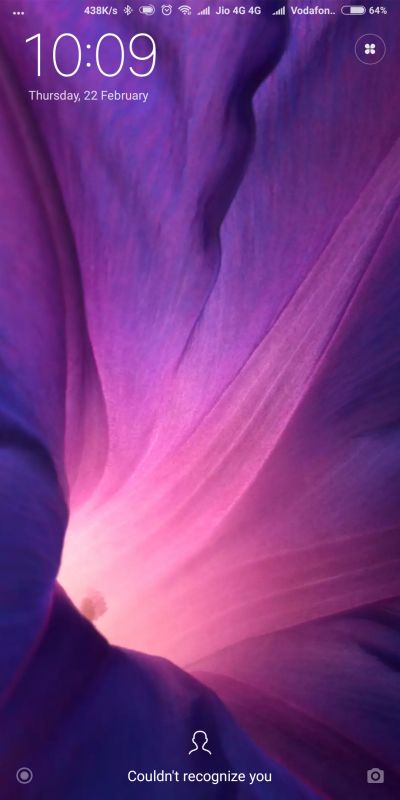 We tried fooling the system with photos and videos of the user’s face, but were unsuccessful in unlocking the device. We also tried to register two faces at once but couldn’t achieve success  — Xiaomi’s security algorithms are working fine. However, while setting up the system, the phone’s camera tends to darken the photo of the user’s face, which could pose issues in various lighting conditions.

Xiaomi’s implementation of facial unlocking is a fine first attempt. However, the system lags in performance when compared to those of its rivals in the Android universe. It’s certainly not as fast and secure as OnePlus’ Face Unlock system, which clearly indicates that Xiaomi will need to work a lot on Face Unlock to make it a practical security verification solution. It’s more of a gimmick for now, which we hope to see evolve into a necessity soon, like the fingerprint sensor. If you got yourself a Redmi Note 5 Pro for the intention of using Face Unlock, do keep using the fingerprint sensor as a backup to the Face Unlock system until Xiaomi improves it over subsequent software updates.