The South Korean smartphone maker found the issue that users are facing and stated that it is not a quality problem.

Samsung had announced the Galaxy S8 and Galaxy S8+ one month later than it was expected. The reason being the Korean smartphone manufacturer wanted to make sure that the new flagships aren’t affected by any issues and that extensive tests are conducted for user safety.

According to local report in The Korean Herald, customers who recently received their smartphones noticed an inconvenient issue with the Galaxy S8 and Galaxy S8+ display. Apparently, the displays seem to be plagued by a vague red discoloration, that can’t be corrected from the color display settings menu.

Additional reports have confirmed users took photos of their smartphones’ displays and asked others whether the reddish tint is noticeable. The images do reveal a rather reddish shade of the display, which could become quite inconvenient after prolonged use. 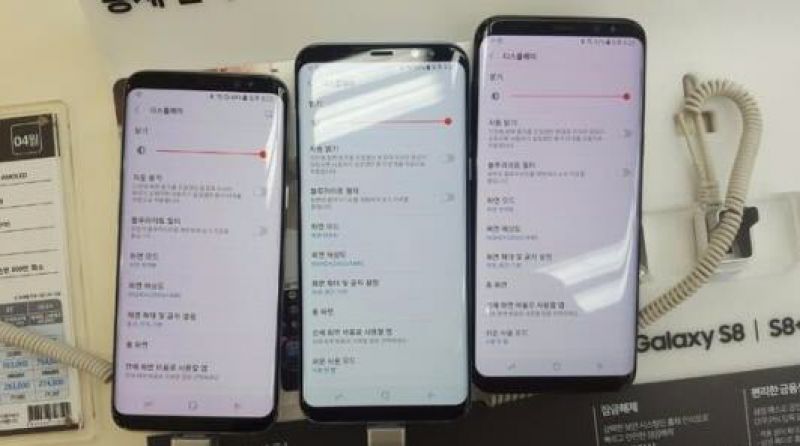 The South Korean smartphone maker found the issue that users are facing and stated that “It is not a quality problem and it can be adjusted with the phone itself. If the color still appears to be reddish, customers can change it at the service center."

While that seemed to settle the issue, some users claimed that they weren’t able to adjust the color and change the reddish tint because the display was already optimized. Samsung utilizes deep red technology for ensuring color balance on the Galaxy S8 and the rush to mass produce the smartphones didn’t leave Samsung much time to adjust the color balance in an optimal way.

There were some Galaxy S8 and Galaxy S8+ users who weren’t able to fix the issue themselves, but they are left with the option to exchange their devices with new ones at the service center. Unfortunately, there’s no accurate information on how many of S8/S8+ units are affected by the color display issue, but we presume their number is limited. Samsung’s latest flagship is already popular in its home country, where 1.6 million consumers have already visited experiential zones that Samsung set up for showcasing the Galaxy S8.