LG G6 review: A massive improvement over the G5

Thanks to Dolby Vision certification, the G6's display can achieve a higher contrast ratio.
Rating:

The LG G6 is a drastic departure from its predecessor, and there's a good reason for that. No matter how interesting the G5 looked on the paper, nobody was willing to throw money on a "modular" phone. So this time around, the Korean brand decided to go with a streamlined design, which is a very good thing. However, improving your product is one thing and beating the competition is another. So, while LG is definitely heading in the right direction with the G6, we have to find out whether it can compete with the likes of the Galaxy S8 and the latest iPhone.

The LG G6 screams premium. It features a classy glass and aluminium body. The attention to detail and build quality is top notch. Much like Samsung's recent flagship phones, the G6 gets water and dust resistance without compromising the aesthetics. 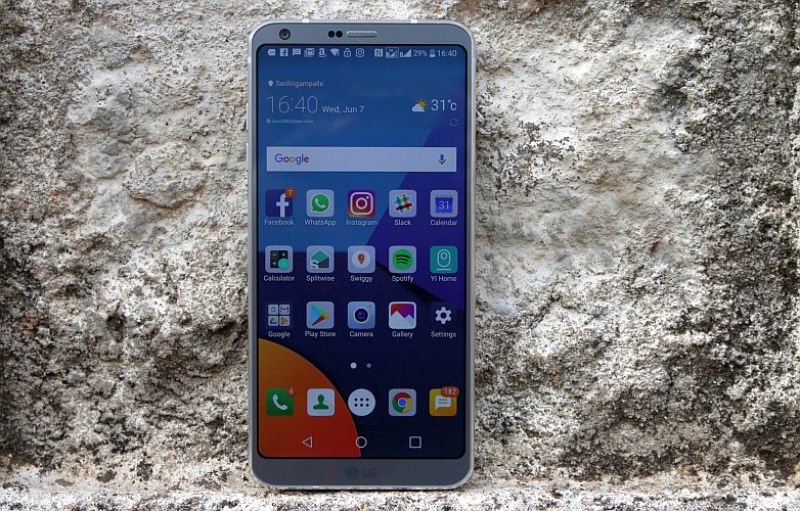 The phone has super thin bezels. So it is no surprise that the phone has a screen-to-body ratio of over 78 percent. The display is also taller than the usual. Because of this, the phone fits more comfortably in your palm than you would anticipate from a device with such a big display. 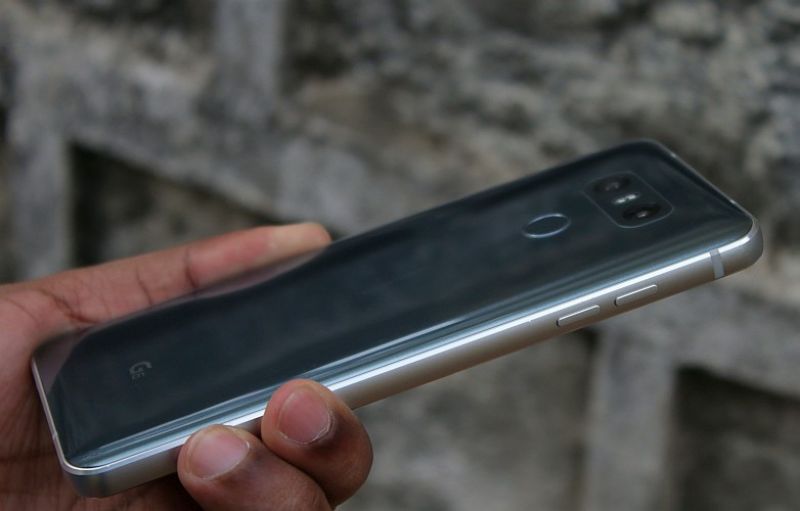 The phone lacks any physical buttons or capacitive keys on the front. It has a USB Type-C port, which has become a norm these days. Like most LG flagship phones, the G6 features a rear power button that also houses a fingerprint sensor. Slightly above that is a dual camera setup. 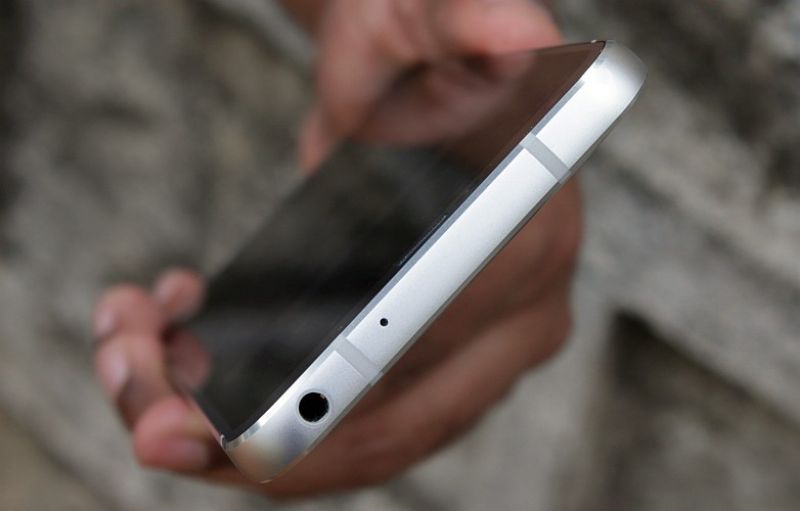 Overall, LG has done a great job in terms of design and build quality. However, it is the Galaxy S8 that bars it from being the best in the class.

The LG G6 features a 5.7-inch IPS LCD screen with 1440×2880 resolution. This takes the pixel density to a whopping 564 PPI. The resolution is quite different than most phones because the G6 has a unique 18:9 aspect ratio. Because of this, you get reduced or absolutely no letterboxing in content from Netflix and Amazon. 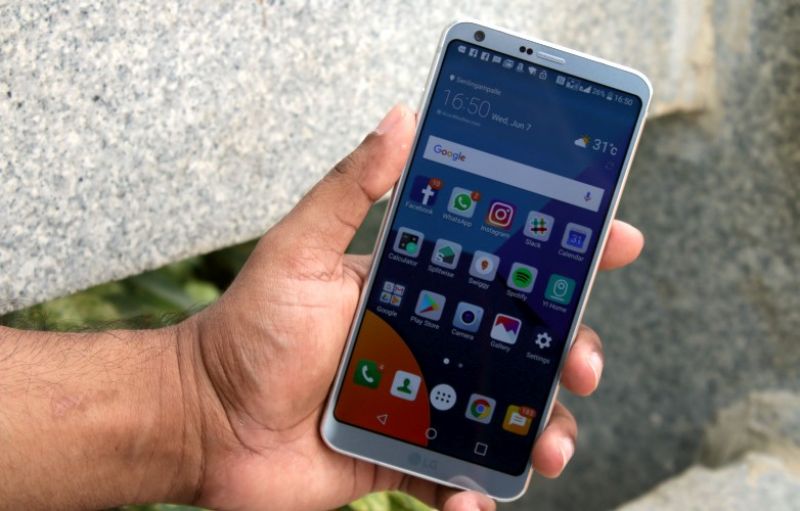 Thanks to Dolby Vision certification, the G6's display can achieve a higher contrast ratio. In simple words, you get deeper blacks and brighter whites. The IPS panel's colour reproduction is also top-notch for LCD tech. However, it is still a notch down compared to the OLED screen found on the Galaxy S8.

The G6 ships with Android 7.0 Marshmallow. Of course, it has LG's UX 6.0 UI on top. Improving upon its predecessor, LG has managed to pull off a rather minimal look. It looks more uniform than Samsung’s UI. 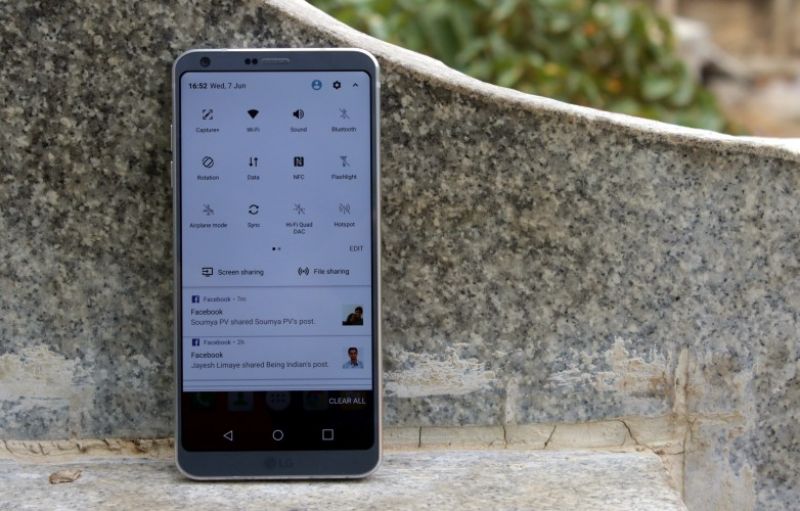 LG has done a great job optimising the software without leaving out any of the Android Nougat features. The default home screen doesn’t come with an app drawer, but the same can be enabled through the settings menu.

The Korean brand has incorporated plenty of gestures. Of all though, I only found the double tap to lock/unlock screen useful. There's a Smart Doctor feature that comes in handy to check your phone's resource utilisation. 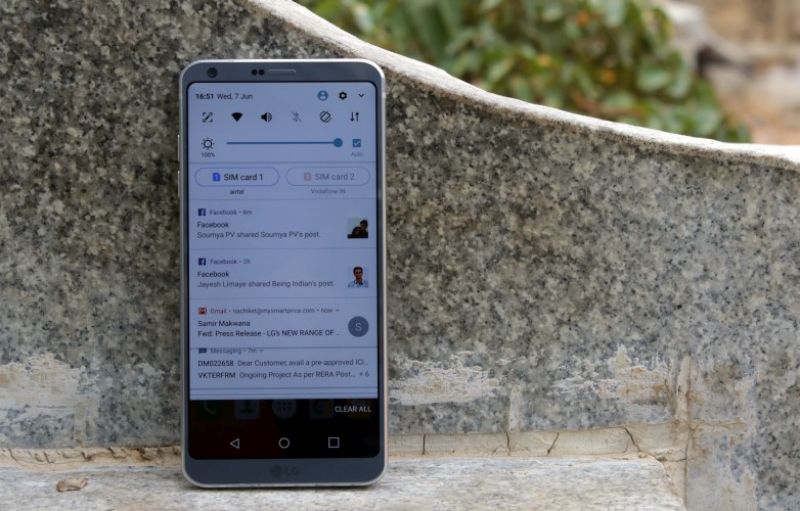 Overall, LG has managed to do a commendable job of making the best of the wider and narrower display. The UX 6.0 UI isn’t just aesthetically pleasing with its flat minimalist design but is also fast and smooth enough to glide effortlessly under the fingers.

The LG G6 is powered by last year's Snapdragon 821 chipset. Rumour has it that Samsung bought out the entire initial production run of Snapdragon 835 SoC for the Galaxy S8, leaving LG with no option but to settle for the 821. That's not really an issue though, as the G6 is well optimised. Despite loading the phone with truckloads of apps, and enabling notifications for everything, the phone breezed through the tasks. The Adreno 530 GPU handled every game I threw at it. Be it Asphalt Airborne 8 or Modern Combat 5, frame rate seemed flawless. So, as far as the real world performance is concerned, the LG G6 does a brilliant job.

The phone boasts of ESS-made quad-DAC chip. The jump in quality it brings is great. With a pair of decent earphones, FLAC files sound brilliant on this phone. The onboard mono speaker is sufficiently loud.

Coming to the subject of videos, the G6 handles most formats out-of-the-box. If you run into a non-supported video format simply grab MXPlayer or VLC from the PlayStore. As mentioned earlier in the review, the widescreen delivers excellent viewing experience. Especially, by getting rid of the letterboxing.

In the camera department, the G6 is pitted against the likes of the Google Pixel, iPhone 7, and Galaxy S8. The G6 sports two 13-megapixel lenses. One regular and other 130-degree wide angle lens. While the resolution is same for the both, OIS (Optical Image Stabilisation) is limited to the primary camera. 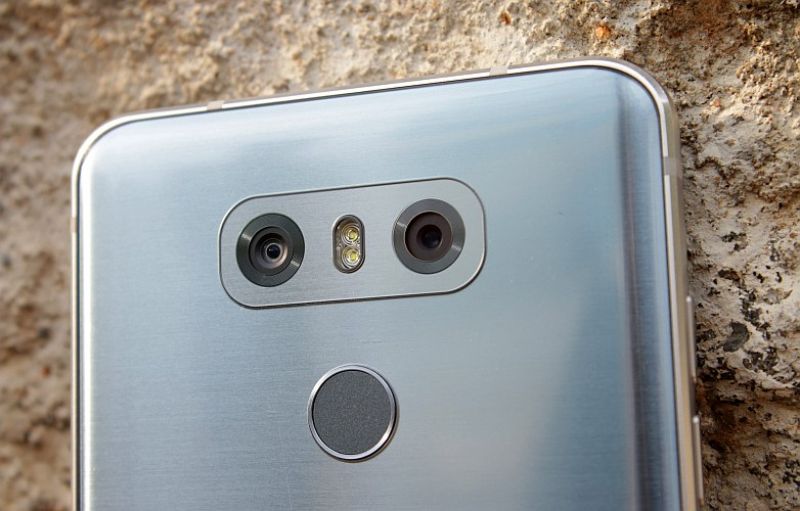 In good lighting conditions, the primary camera produces great results. The snapper is swift to lock on focus too. Photos come out sharp brimming with details. The colours look natural, which is a good thing. However, things get a bit tricky in low light conditions. For starters, the camera takes longer and has a harder time focusing. In pronounced low-light conditions, the camera sometimes fails to focus altogether. 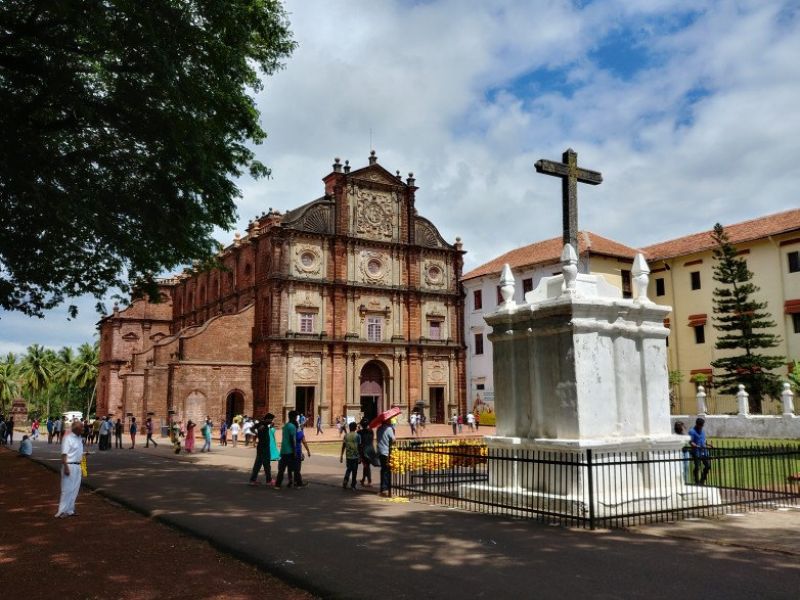 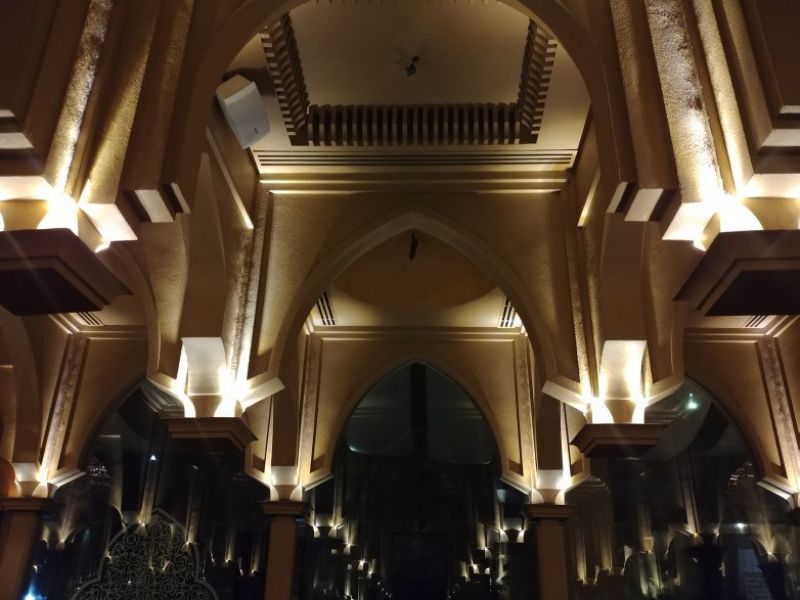 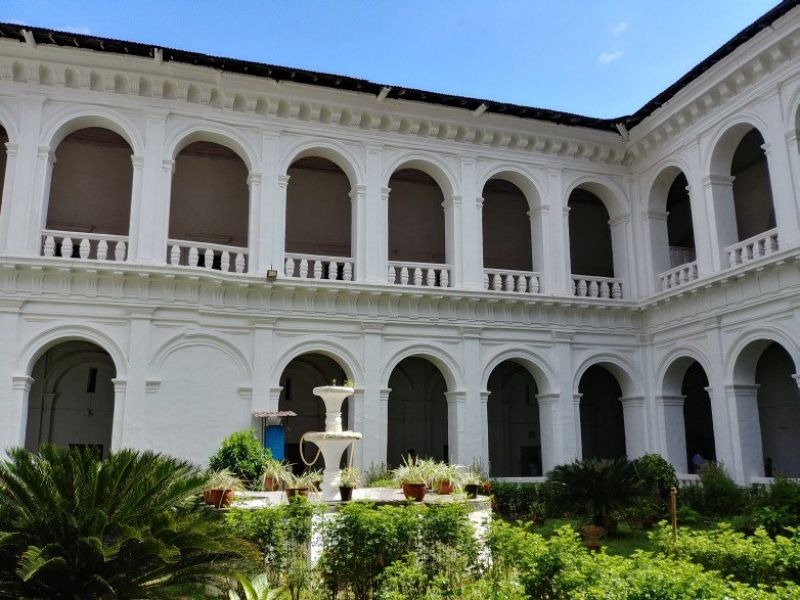 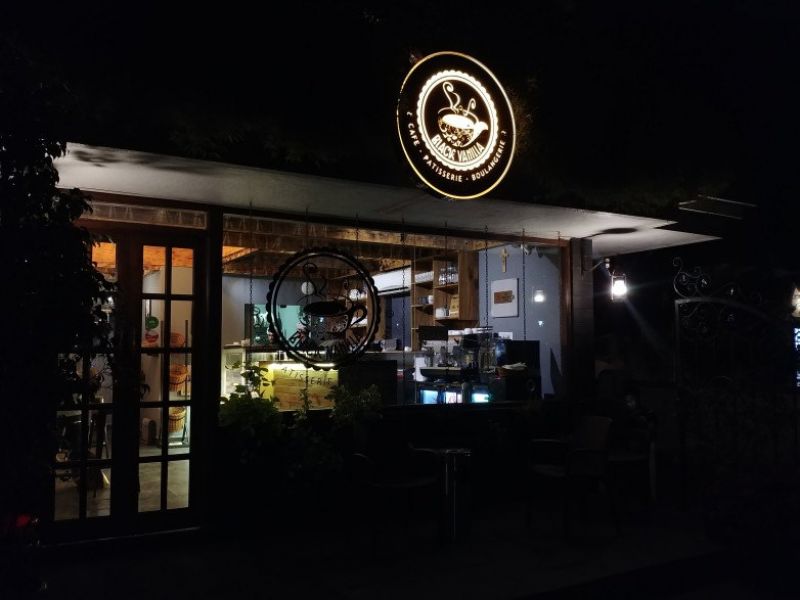 The 5-megapixel front-facing unit shoots selfies with a decent amount of detail, but the skin tones don’t look convincingly natural. The results get much worse when the amount of ambient light drops.

Video recording is quite good at 2160p at 30fps. However, shooting at Full HD makes more sense unless you own a 4K TV. The slow motion mode goes up to 120fps at a reduced resolution. 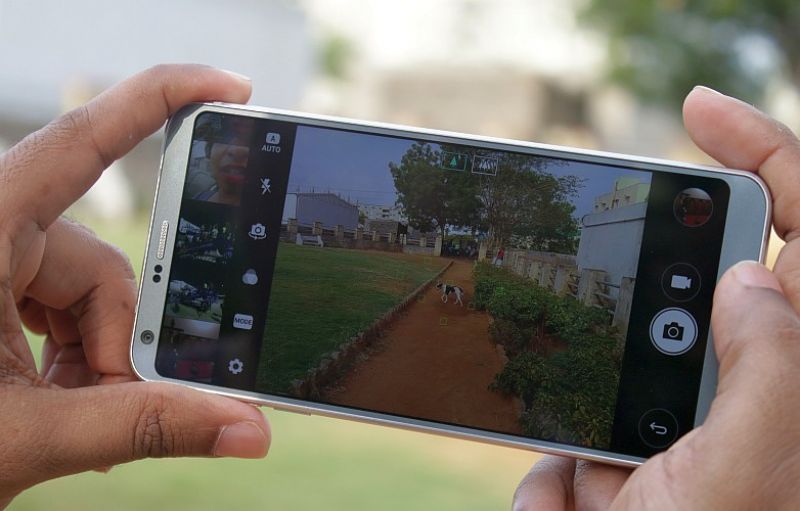 The G6 packs-in 3300 mAh non-removable battery. It is certainly a step-up from its predecessor's 2800 mAh power unit. With moderate usage, I managed to get the screen-on time of 5 to 6.5 hours. On a single charge, you can expect the phone to see you through an entire day. 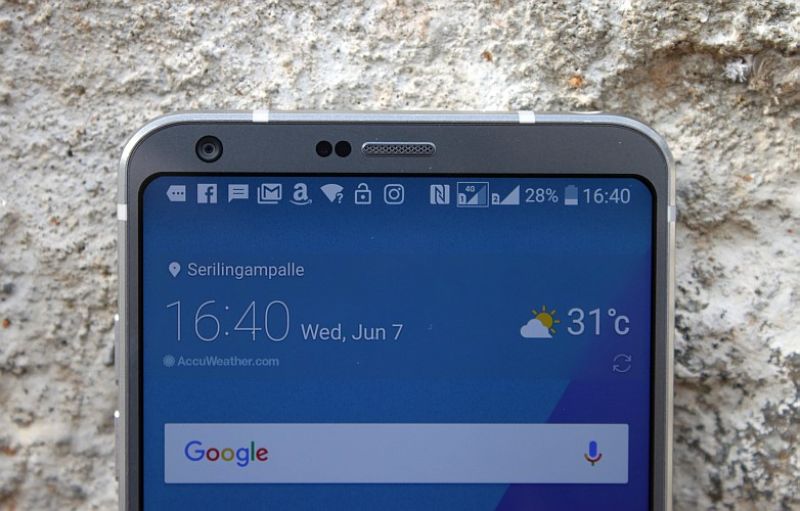 The battery charges from empty to full in around 90 minutes with the bundled fast charger, which is quite good.

The LG G6 is a step in the right direction after the messy G5. The Korean company got rid of the G5's clunky looks in favour of a streamlined design of the G6. The new phone has impressive 18:9 FullVision display with an 80-percent screen-to-body ratio. The software is tastefully done and has no sign of a slowdown.

Can withstand water and dust;

– Chandrakant ISI. The author has been covering all-things-tech for over 10 years. He is a sci-fi aficionado, wannabe space explorer, and Content Lead at MySmartPrice.com