Apple has launched the most advanced iPhone 7 series which boasts of next-level A10 fusion chip, along with enhanced graphics and a slew of new features at its special launch event in San Francisco yesterday.

According to reports, the base model of the iPhone 7 will launch in India on October 7 at a price of Rs 60,000. There is no news about the other variants as of now.

Along with the new iPhone 7 and 7 Plus, the company also launched the Apple Watch Series 2, the Watch OS 3, and advanced wireless Air Pods, which is supported by an advanced W1 chip.

At the start of the event, several announcements were made about the app store, including more than 70 new exclusive app releases, and 5,000 new games. Mario is one of the games that will be coming to app store as Nintendo partnered with Apple.

Apple is also taking significant steps in the field of education and is offering its products and apps. Some new educational apps have been added to assist students including real-time collaboration. It is also giving away some of its devices to students from schools across the globe to help them make the most of technology.

Watch OS 3: The first major announcement of the evening was the all new Watch OS 3, which has been developed by the company to increase assistance to users, especially those who love to complete tasks on-the go. 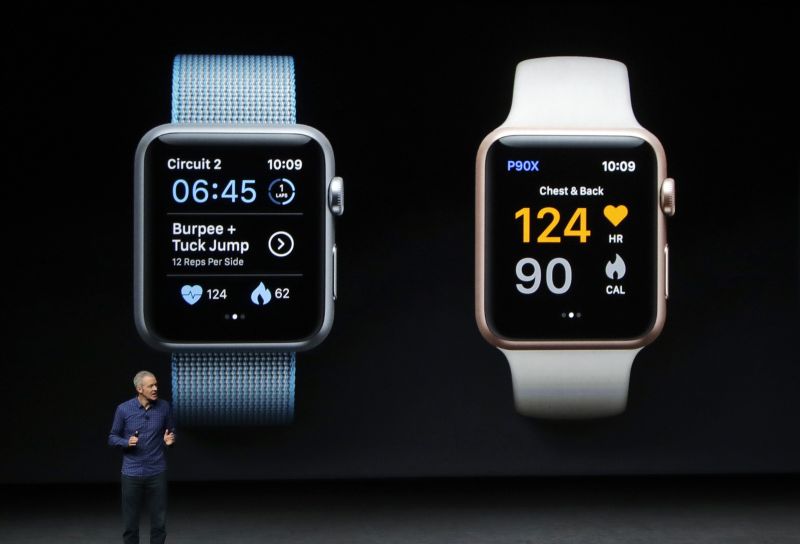 Apart from some exciting new features on the Watch OS 3, popular augmented reality game Pokemon Go will now be available on Apple Watch. Fans will no longer have to stay glued to their mobile phones to play the game. 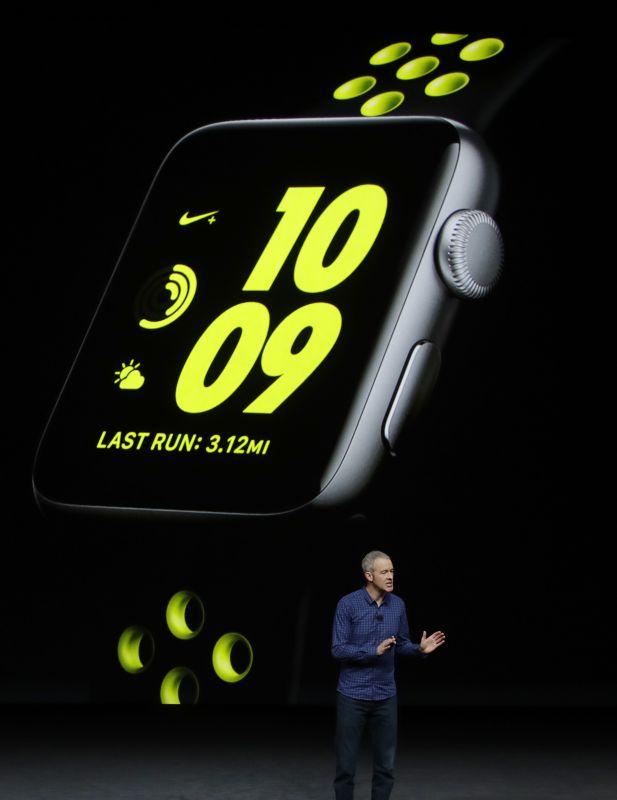 According to Jeff Williams, there is new technology on the new wearable device that will enable the speaker itself to eject the water.The new Watch will have a dual-core chip, upgraded GPU along with a second-gen display. It will also come along with a built in GPS.

Apple Watch Series 2 gets new styles: cases in Aluminium, Stainless Steel, as well as Ceramic. The Ceramic version is much harder than stainless steel. 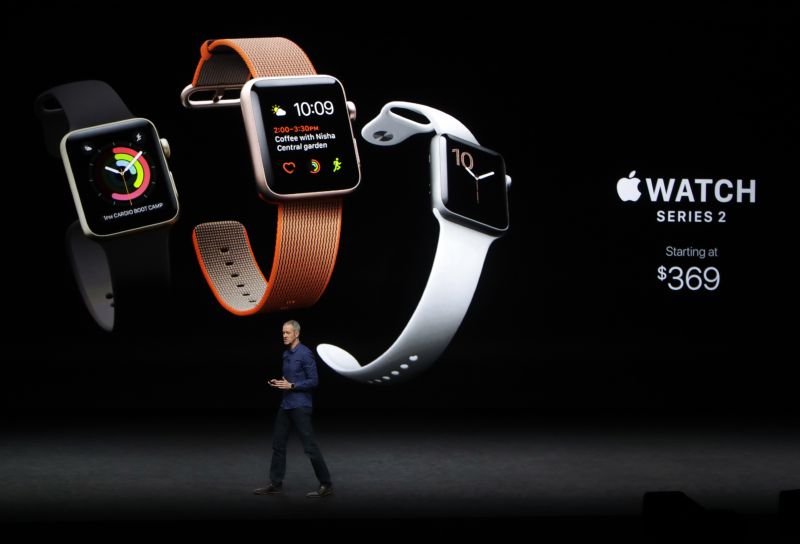 iPhone 7: The most important announcement of the event was undoubtedly the new iPhone 7 series -- iPhone 7 and 7 Plus. 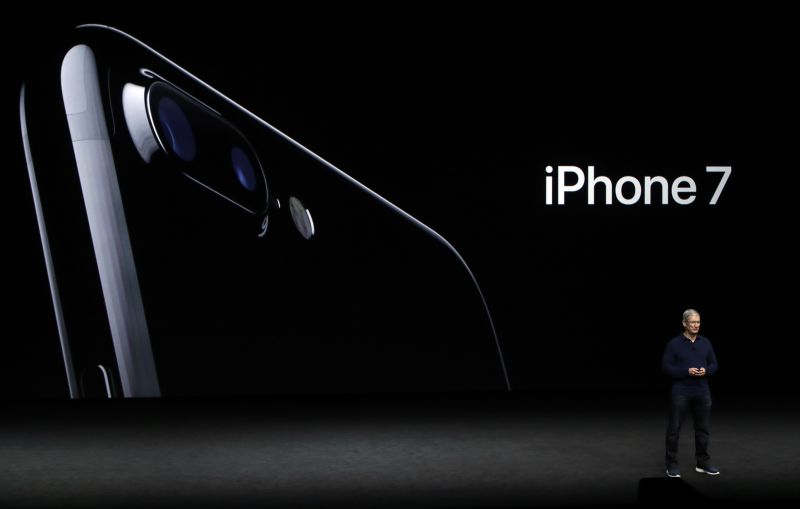 Apple said that the new smartphones have the 'most advanced' features including an enhanced A10 Fusion chip and advanced GPU for supreme performance. 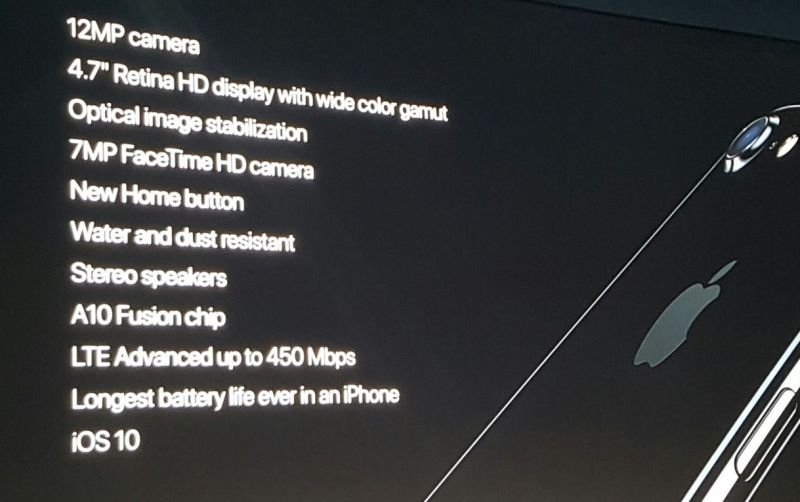 Both the devices come with a few design changes. It has a 'pristine mirror-like surface', a new jet black colour and another in matte black. Other colours include the usual gold, silver, and Rose gold. 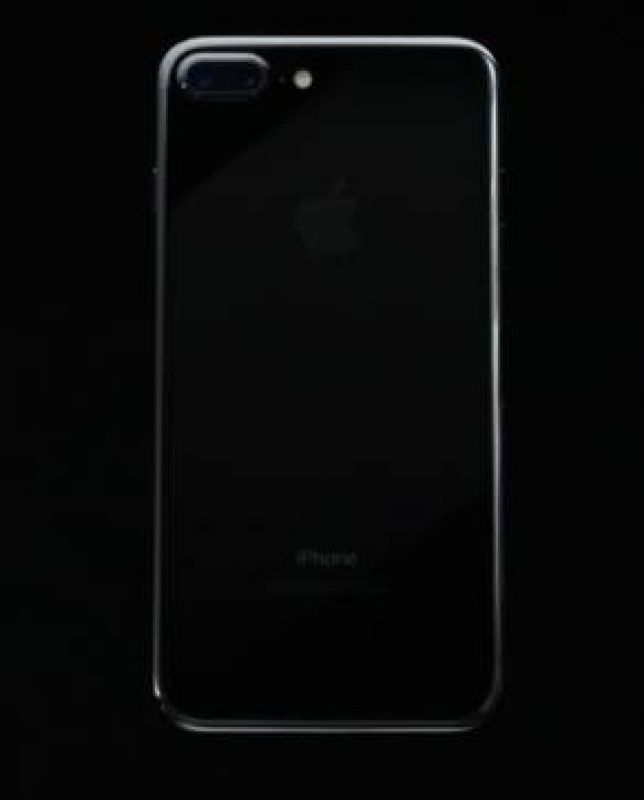 The home button has been redesigned and is now force sensitive along with a new-generation taptic engine. Apart from that, there are new feedbacks for notifications, messages, ringtones, etc. The home button is now haptic and not a mechanical press button. The phone is IP67 certified, making it water and dust resistant.

Performance is also paramount on the new device. The new A10 fusion processor with a four-core processor for faster performance and better multitasking. It is 50 per cent faster than the A9 chip used in earlier iphone 6s. Even console-level gaming will be possible on the new handset.

Even the battery on the new iPhone 7 will last two hours more than the iPhone 6s. The new handsets can run close to 15 hours on constant Wi-Fi.

Moving on to the camera, the 4.7-inch iPhone 7 has been equipped with optical image stabilisation (OIS). A new 6-element f/1.8 aperture lens with 12-megapixel sensor and quad-LED with True Tone Flash. A new 7MP secondary front HD camera has also been included. On the software-front, the new iPhones also come along with a new image processing engine, delivering much faster picture-clicking rate.

The iPhone 7 Plus, on the other hand, sports the much-hyped dual rear camera setup, one of which is a 56mm telephoto lens; the other is a wide-angle lens. The 5.5-inch device is also capable of 2X optical zoom, with a total zoom up to 10X.

The sensor lets 50 per cent more light enter the aperture. Apple has designed its own image-signal processor for the camera. 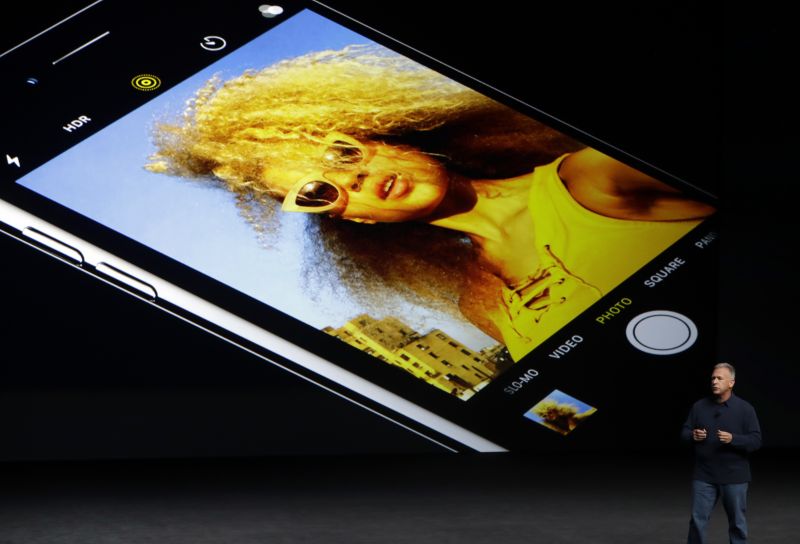 The sensor is 30 per cent more efficient and 60 per cent faster. Low-light photography has also been improved on the new devices. Moreover, the iPhone 7 Plus uses machine learning to keep foreground subjects sharper in focus and create that depth-of-field.

A photo clicked from the new iPhone.

For the first time, there will be stereo speakers on the new iPhones -- one at the bottom and one at the top -- making it two times louder than the older models. Coming to the ear-pods, they will now be connected over lightning ports.

Also, Wireless AirPods have been introduced by Apple. The AirPods have a W1 Apple-designed chip, and there are no cables to connect them. They only play when you're ready to listen. 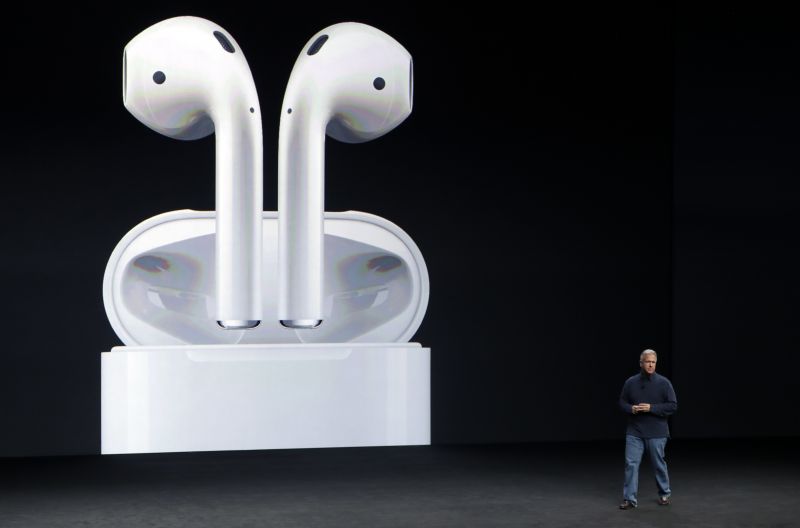 Users can also double-tap the AirPods to activate Siri. It has a noise-reducing mic. The W1 chip lets you switch between Apple devices connected to it easily. The battery life is around 5 hours on a single charge.

The AirPods can be put in the case for charging. In addition, Beats is launching the Solo 3 Wireless with 40 hours listening time. Powerbeats 3 is for workouts and a new Beats X series also launching. All have Apple's W1 chip.

With a slew of new features, better battery, display and performance, the new iPhone 7 and 7 Plus versions are definitely capable of dominating the market. The iPhone 7 32GB has been priced at $632. The other variants that will be available are the 128GB and 256GB variants. 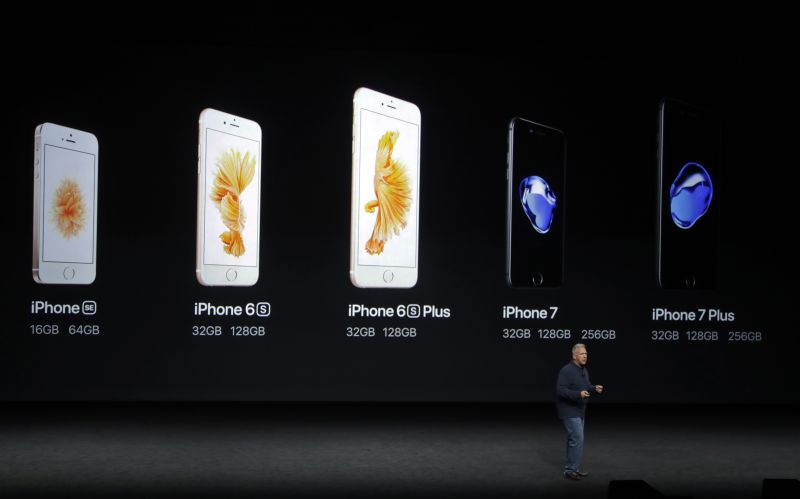 As for the iPhone 7 Plus, the 32GB variant will be priced at $769. The price of the other two variants -- same as the iPhone 7 -- have not been announced. Pre-orders start this month and shipping starts September 16.

Other updates: The iPhone SE will now be available in two new variants - 16GB and 128GB. 6 and 6S get 32GB and 128GB variants. iOS 10 will be rolling out officially on September 13. The advanced Air Pods will be available for $169 and will start shipping in October.

Apple Pay:  iPhone 7 and 7 Plus, Apple Watch Series 2 includes Felica, an NFC technology used in Japan. Rolling out in October, along with transit on Apple Maps.