Microsoft Surface Mini could be next; Specs, Photos Leaked

The Surface Mini was supposed to be targeted primarily at students who wanted to replace their notebooks with a device which can be carried around easily.

The Surface Mini is one of the Surface projects from Microsoft which has not seen the light of the day until yesterday. According to photos and specs which were published online by @evleaks, it appears that the device could be in the works.

The design of the device is nothing unusual than the original Surface design model, with the Surface Mini featuring an integrated kickstand as usual, just like other Surface models on the market.

The Surface Mini was supposed to be targeted primarily at students who wanted to replace their notebooks with a device which can be carried around easily. The device also featured Surface Pen support, USB ports, a headphone jack, and a front-facing camera for video calls. A MicroSD card reader was also included.

The kickstand supported 3 different positions, and the device was made of polyurethane, with 3 different colors, namely black, red, and blue.

The display of the Surface Mini measured 7.5 inches and featured a resolution of 1440x1080 pixels, with 4:3 aspect ratio. Power came from a Qualcomm MSM 8974 chip, with two different configurations, as it follows: 32GB storage and 1GB RAM or 64GB storage and 2GB RAM. 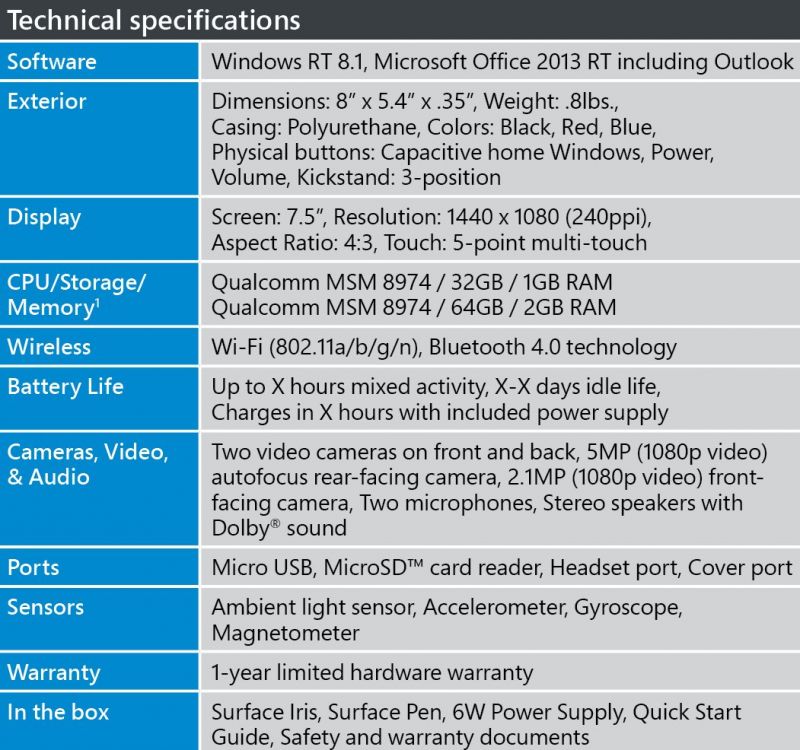