No one wants to enjoy a disastrous defamation of being the most vulnerable device manufacturer.

In the past 30 days, the issue of data security has gripped the mind of computer users all around. The terror of WannaCry has led millions consider device security as the top priority than anything else. That same fear has trickled down to the Android platform as well, especially amongst the manufacturers. No one wants to enjoy a disastrous defamation of being the most vulnerable device manufacturer. And that is something which Google has acknowledged.

The software giant has released a list of all the smartphones around the world running the latest security patch on Android. The list contains some of the expected entries from Google itself as well as other expensive flagship models. It is surprising to see some other general models that generally don’t get to enjoy the same attention as their more-equipped brethren.

Anyways, if you want to check out the list and find whether your smartphone is on that list or not, you can have a look at it below. 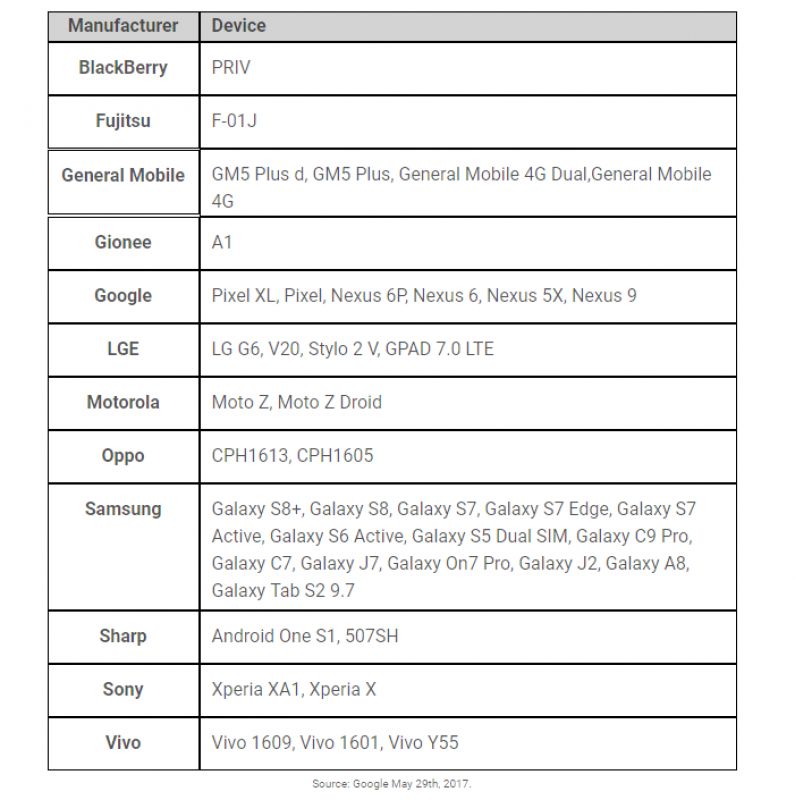