Technology Other News 28 Sep 2016 WhatsApp gets new up ...
Technology, In Other News

The feature—to send an invite via link—despite generating a link, allows users to revoke the link, in case the invitation is sent to a wrong person.

Whatsapp is currently testing new features on its messaging app. In its latest beta version update to 2.16.281, the company introduced the ability to share link invitation to public groups.

The update allows WhastApp group admin to send invitation to other people, asking them to join their group via a link which reads, “Invite to group via link.” In addition, the app also gives users an option to share the link via a third-party application, QR code or written to a NFC tag. 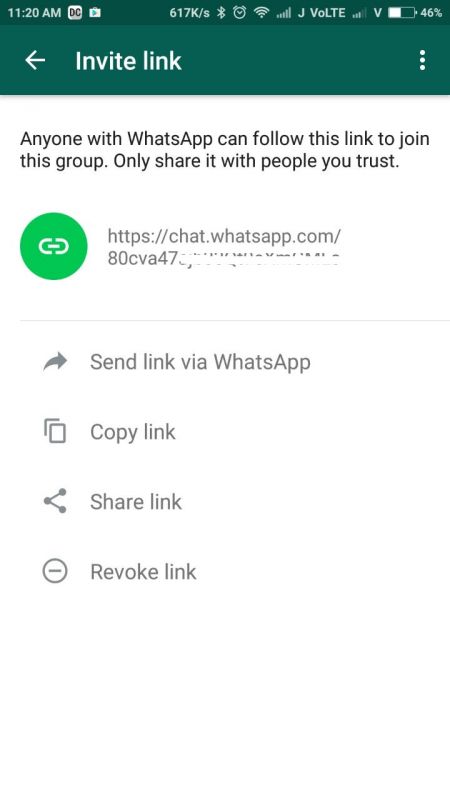 The feature—to send an invite via link—despite generating a link, it allows users to revoke the link, in case the invitation is sent to a wrong person.

Besides this, a quick forward button to share media has also been added in the update to the beta application.

If interested, users can try out the WhatsApp beta upgrades either by signing up to the Play Store beta or by directly installing the update available via APK Mirror.