Users are able to daisy-chain up to six devices per port with an additional monitor at the end.

GIGABYTE has announced a new collection of GIGABYTE Motherboards that have been certified for Intel’s Thunderbolt 3 technology.

The company has announced that many of these newly released boards have Thunderbolt 3 technology available to the users. Updating the BIOS and a simple software upgrade is all that is required of users to enable this feature.

With a 40 GB/s bandwidth, along with its ability to transmit data, video, audio, and power all in one cable, Thunderbolt technology is highly sought after for its rapid transfer speeds and ability to simplify cables around the computer. 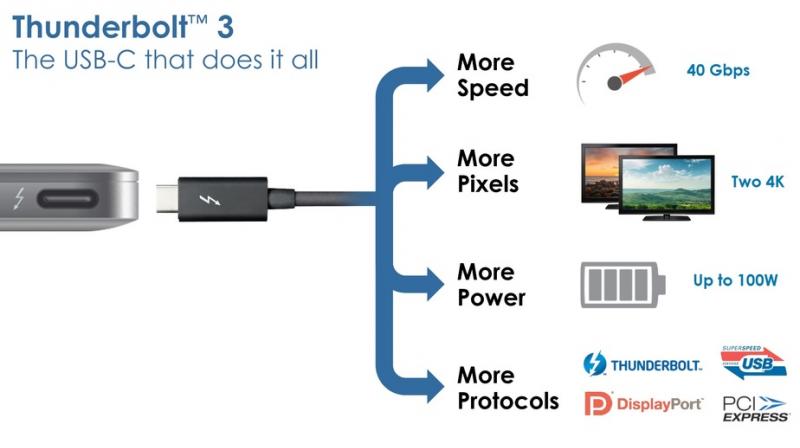 Users are able to daisy-chain up to six devices per port with an additional monitor at the end. Thunderbolt 3 utilizes a Type-C connector; this reversible connector is also capable of supporting the USB 3.1 protocol for future devices.

In addition, GIGABYTE is also officially debuting the world’s first front panel Thunderbolt 3 drive bay. This bay can be installed in a 5.25” expansion slot and has support for Power Delivery 2.0, up to 100 watts. Users will also get the benefit of having USB 3.1 support in both Type-A as well as Type-C connections.

Lastly, for users whose motherboards do not support Thunderbolt 3 natively, GIGABYTE is also releasing an add-on card, the GC-ALPINE RIDGE. This card is compatible with many

GIGABYTE motherboards that have an on-board thunderbolt connector enabling the board to support thunderbolt functionality.

All of these features and products will be available to the public by the beginning of September 2016, for more information on how to get your motherboard Thunderbolt enabled please check on the GIGABYTE website.