As per a report by The Sun, a 2,100-year old fashionista that’s nicknamed Natasha was discovered after a vast man-made reservoir in Serbia was drained over the course of the summer.

In what may be one of the discoveries of the year, a team of archaeologists have discovered an extraordinary 2,137-year-old iPhone that has been buried in a grave of a young woman in a burial site that’s dubbed as the Russian ‘Atlantis.’

As per a report by The Sun, a 2,100-year-old fashionista that’s nicknamed Natasha was discovered after a vast man-made reservoir in Serbia was drained over the course of the summer. This woman, who was alive a long time before the birth of Jesus Christ was found with her fashionable albeit modern-looking accessory in the depths of the Serbian reservoir. The burial site dates back to the Xiongnu Empire which was a massive nation of nomads that ruled these lands from the 3rd century BC to the late 1st century AD.  This accessory looks surprisingly similar to a smartphone and it is actually made of black gemstone jet rock and studded with precious stones. The Sun reports, “And rather than being a pre-historic piece of tech - the block was actually used as an ornate belt buckle.

Archaeologist Dr Pavel Leus said: “Natasha’s’ burial with a Hunnu-era (Xiongnu) 'iPhone' remains one of the most interesting at this site.” The intricate inlays are made of turquoise, carnelian, and mother-of-pearl - as well as a form of ancient Chinese coin.” 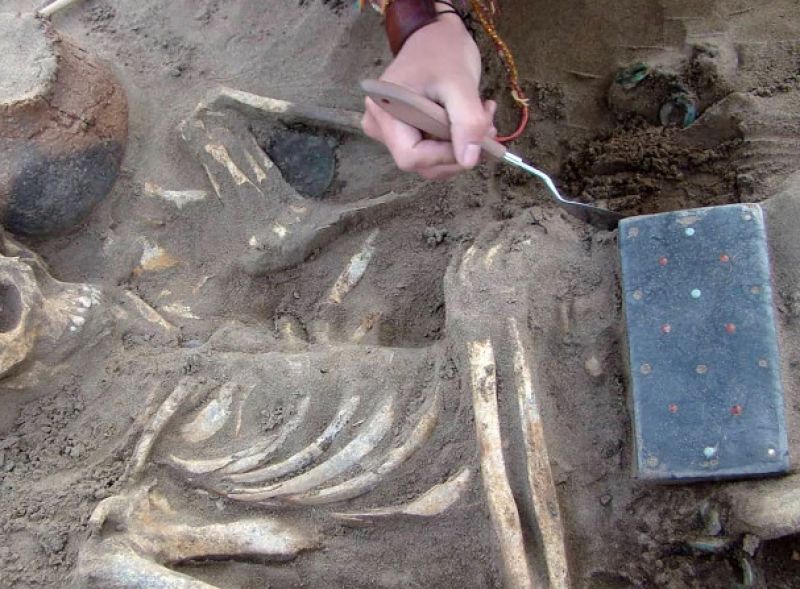 Dr Leus goes on to state, “Hers was the only belt decorated with Chinese wuzhu coins which helped us to date it." This 7x3-inch treasure was found in the normally submerged “Atlantis necropolis” in the summer months of 2019 where the reservoir is temporarily drained. The Siberian Times reports that this reservoir is usually up to 56-feet underwater and it is a well-known ancient burial site. 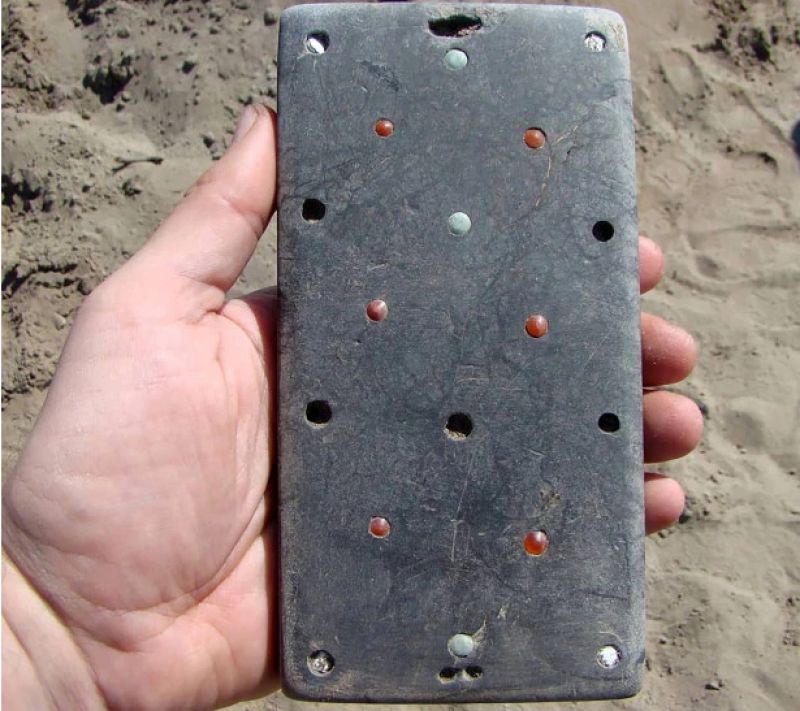 The report by The Sun claims that graves of prehistoric civilisations are found here ranging from the Bronze Age to Genghis Khan. 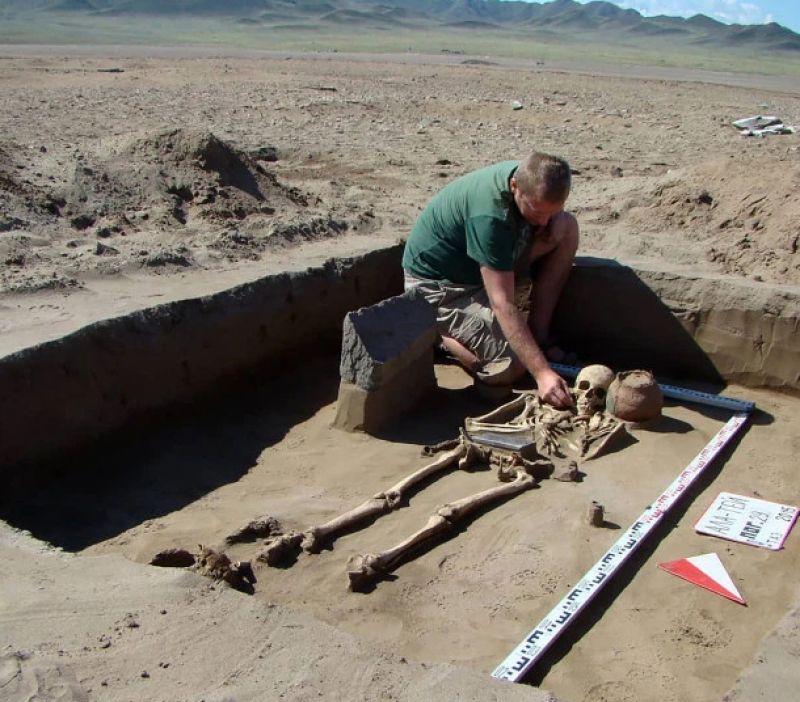 This latest discovery comes after two-partly mummified prehistoric women were discovered. These women were buried with tools of the trade. The report states, “One called "Sleeping Beauty" - dressed in delicate silk for the afterlife - was at first believed to be a priestess.

But she is now thought to have been a leather designer. The second was a weaver laid to rest with her wooden spindle packed inside a sewing bag. The reservoir covers 240sq miles but in summer the water level falls by almost 60ft - giving its floor the appearance of a desert.”

There have been a total of 110 burials that have been discovered on an island in the reservoir.