The bike will be available in three mileage variants— 30, 60 and 100km and in three colours, including Black, Orange and Blue.

India’s first crowd-funded e-bike, named Spero, has been launched in Bangalore. The bike has been designed by Manikadan, a Coimbatore based jute machinery technocrat.

Manikadan’s three years project has been made possible due to a crowdfunding campaign conducted on Fueladream.com, a Bangalore-based crowdfunding platform.

Though the team aims to raise Rs 30 lakh from the crowd funding platform it has managed to raise Rs 9.5 lakh so far and is currently reported to be the highest funded campaign on the platform.

The bike is powered by a 48V Li-ion detachable battery that can be charged through a 5A socket, charging from 20 per cent to 80 per cent in six hours, and is equipped with 5 gears in electric mode. One of the biggest highlight’s of the e-bike is that it will allow users to charge the battery by pedalling.

According to the team, the bike can accelerate from 0-25kmph in just 10 seconds. After staying at a specific speed for a few seconds, the e-bike goes into cruise control, allowing users not to throttle anymore.

The bike will be available in three mileage variants— 30, 60 and 100km and in three colours, including Black, Orange and Blue. 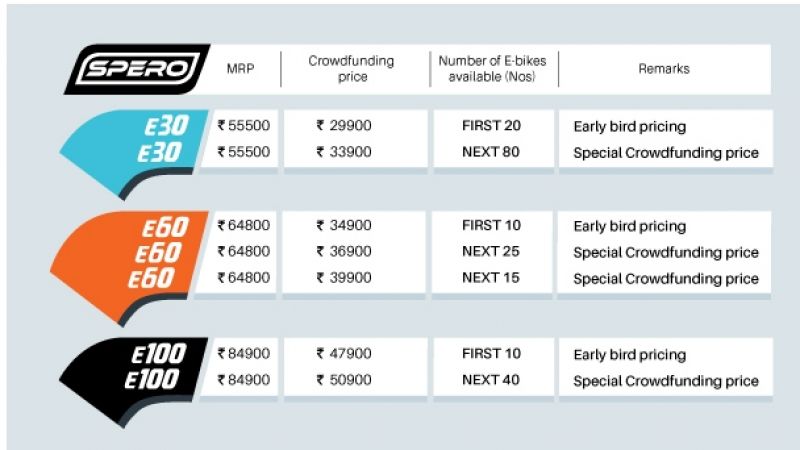