Vibrant art and graffiti occupy many walls in the quaint, sleepy Tepoztlán

Ramya is a photographic artist based out of Bengaluru. Drawn to the poetic and the ephemeral, her photographic process is one that involves a play with colours of light and sensations smudged between dreamscapes and the physically visible world. Her work is largely inspired by the natural world, slow living, the psychical and the surreal. Having grown up in a family closely tied to the business side of photography, she was drawn to the camera and its artistic possibilities very early on. She went on to pursue her love of the photographic arts with studies at institutes such as the Light and Life Academy (Ooty) Santa Fe Workshops (NM) and Parsons School of Design (NY). 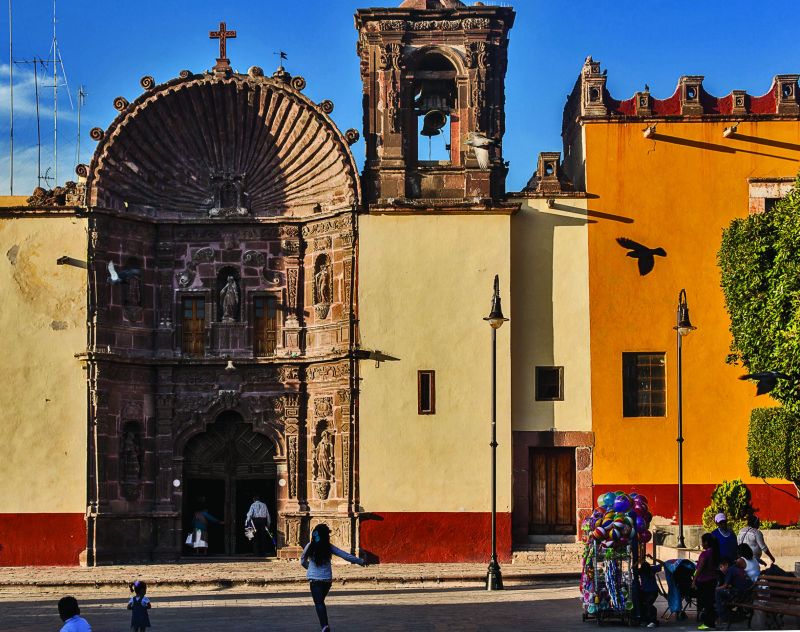 The main square at the town center in SMA brimming with joy, music, life and hope

Her fine art work has been exhibited in India and the US. She frequently collaborates with clients in luxury and hospitality on select commercial projects. Her work has appeared in a variety of publications and a series of coffee table books. Ramya enjoys working with artists from other domains on interdisciplinary collaborative projects and is also an aspiring writer. 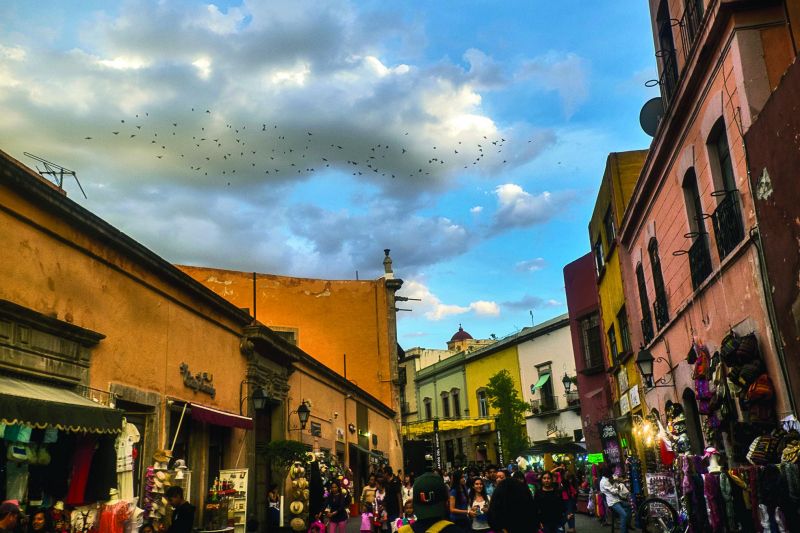 Enroute to SM, a stop at Queretaro’s bustling marketplace in the city center 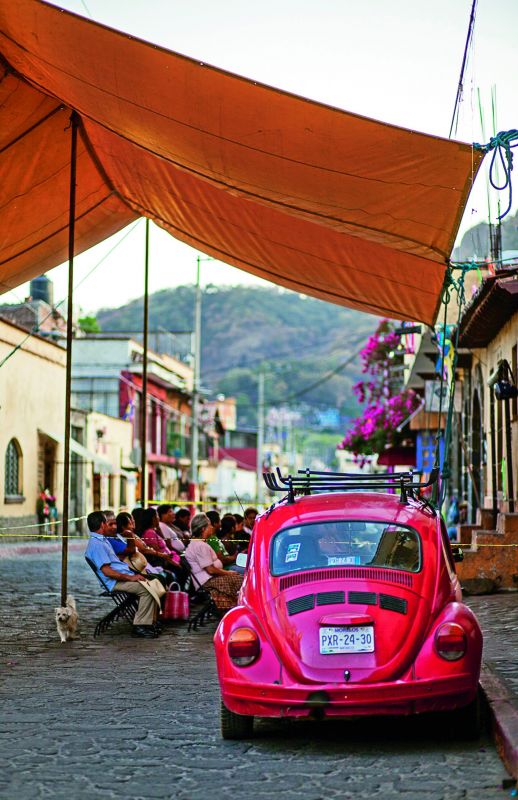 Community gathering for an evening sermon in Tepoztlán

She is also a passionate animal lover, she actively volunteers to use her photography for both fundraising and raising awareness towards pertinent causes and projects with various AWOs. Ramya feels passionately about strays and has mentioned recently, “What is the point of paying huge sums to buy a dog when there are so many puppies needing a home?” 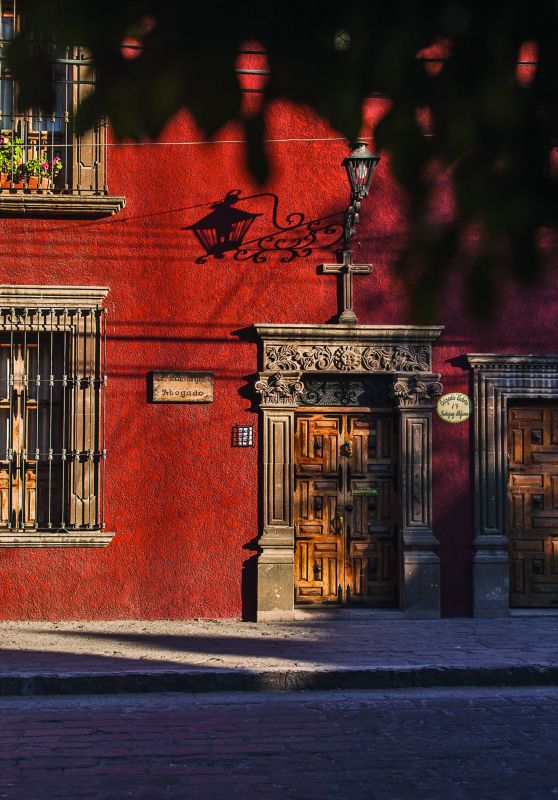 A golden quality visibly pervades the light across Central Mexico and it is particularly apparent while walking the colonial, cobblestoned alleys of the many towns and villages 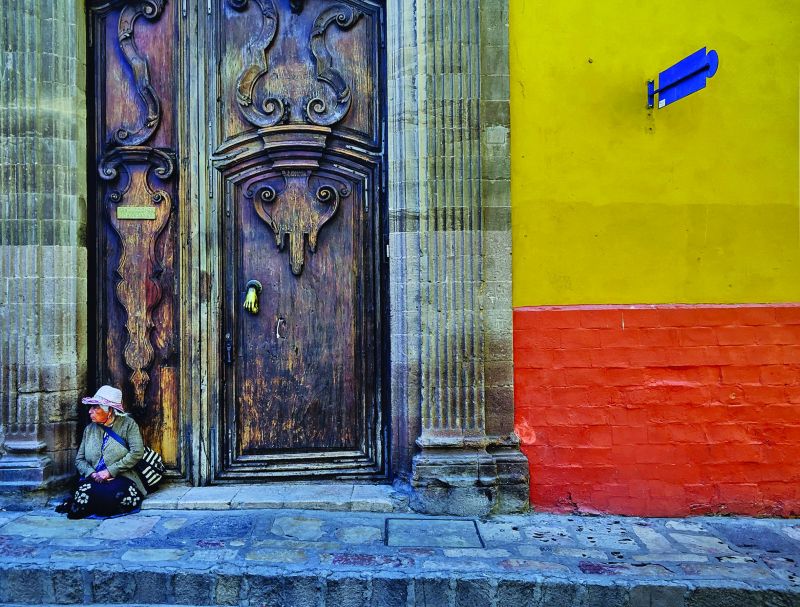 SMA’s walls, doors and textures not only leap out at you for the obvious reasons, but they also seem to pronounce ironies that abound

She divides her time between both commissioned and independent work, and is currently working on projects that include montage, writing, alternative processes, design and the mountains. In the series Art in the heart of Mexico: driving through Central Mexico & San Miguel de Allende, Ramya explores the beauty of Mexico. She says, “Central Mexico is magic. Driving in the area to access remote villages set against expanses of golden grasslands, hills and sprawling valleys means being transported away to a space where time is trapped within the medieval walls and local folklores permeate the air. 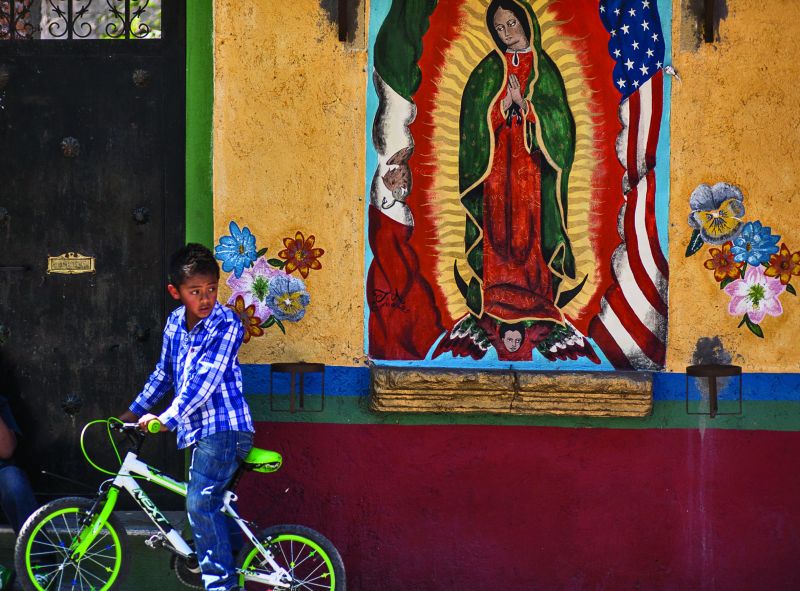 An alley in the outskirts of SMA. Art, in its full glory runs deep in the veins of the Mexican people, flowing with a passionate life force

San Miguel de Allende is the sort of a place that leaps at you at first sight. An artist sanctuary in all its glory, it’s hard not to be utterly charmed by the colours, cobblestoned alleys and the way the light makes its way through the colonial pathways. The graphic yet joyful play of colour, texture and light drew me in so much that it made its way organically into the series.”