Imagine an athlete climbing and crossing over a 50-ft ledge, balanced in the most precarious of positions, ready to take that final leap of faith in the most nail-biting of moments. Got that image clear in mind, from all those times X Games on ESPN sent your inner adrenaline junkie sprawling? 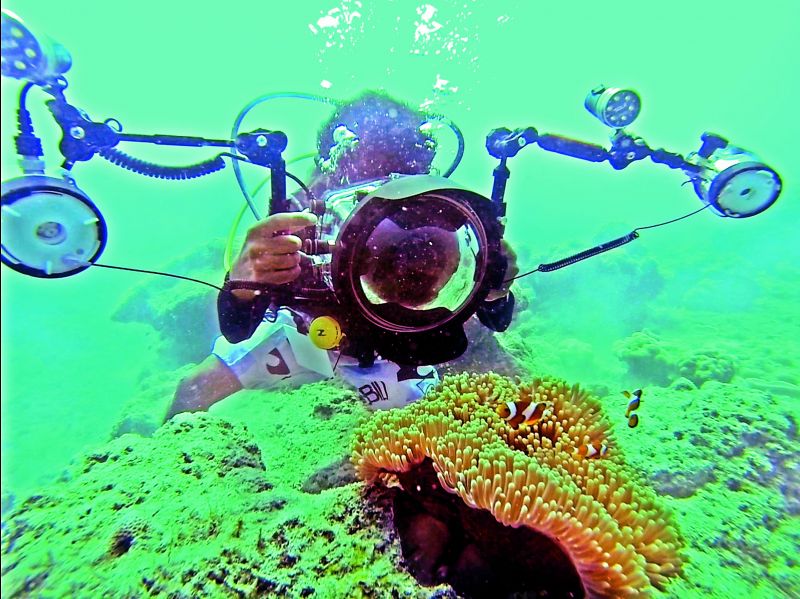 Now, think of that other someone also perched on that very ledge, armed with backpacks, survival gear, as well as their prized camera — for that flawless shot or video that would excite audiences back home — also ready to plunge into a downward spiral with the slightest of false moves. 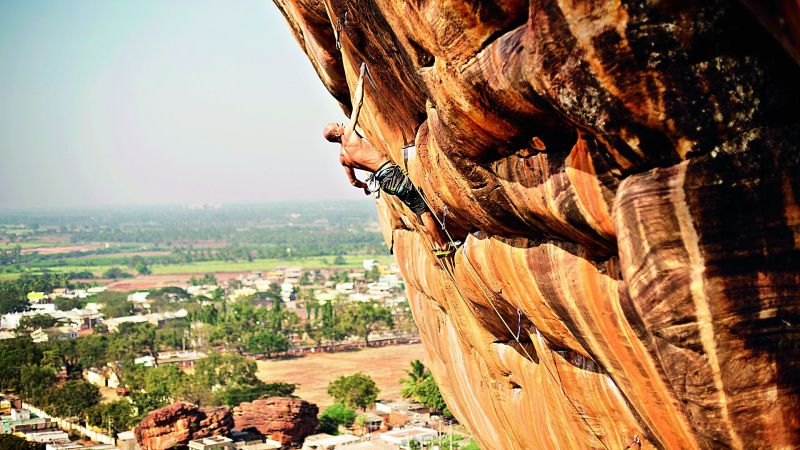 “Regular photographers would have their feet on the ground, in a secure setting — but for us? We’d be simultaneously rappelling up the same ledge and be in an even crazier position to capture a clear image of the climber — that’s extreme sports photography for you!” says Vinay Menon, a mountain biker, one of the well-known names in this fledgling field of extreme sport photography. 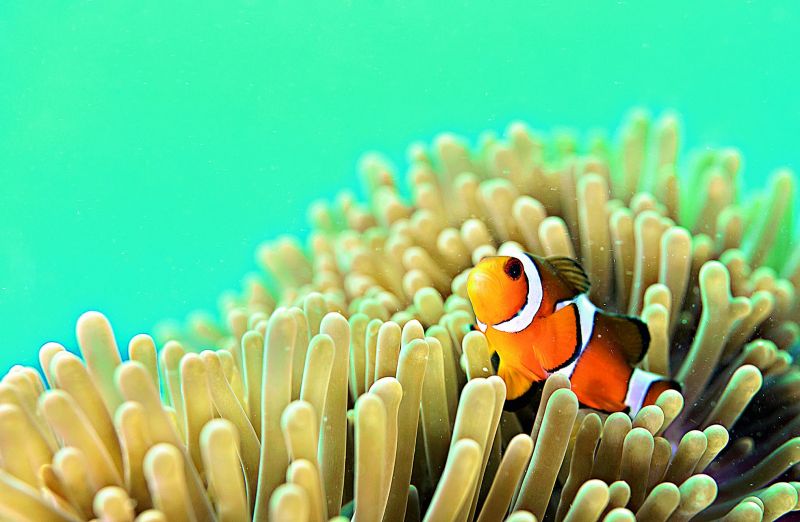 For a long time, the field was not taken seriously thanks to the notion that India was not an ideal place for adventure sports. But long gone are the days when the only way to get a fill of some jaw-dropping thrills and spills was on the TV — now, the scenario has vastly changed in the country, and activities like surfing, climbing, mountain biking, BMX racing, motocross and more are finding more popularity among the millennials. 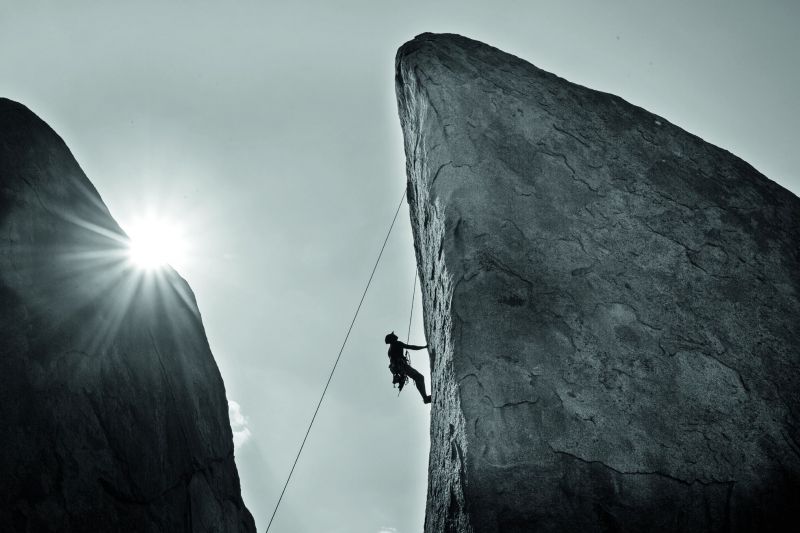 This, in turn, has given a new genre to explore for our shutterbugs… and boy, are they up for it! A new generation of daredevil photographers is testing their physical limits — and in many cases, mental, as well — for that one award-winning, potential viral picture that would catapult them to stardom.
We speak to some of the best in the business — is the joy(hell)ride really worth it? 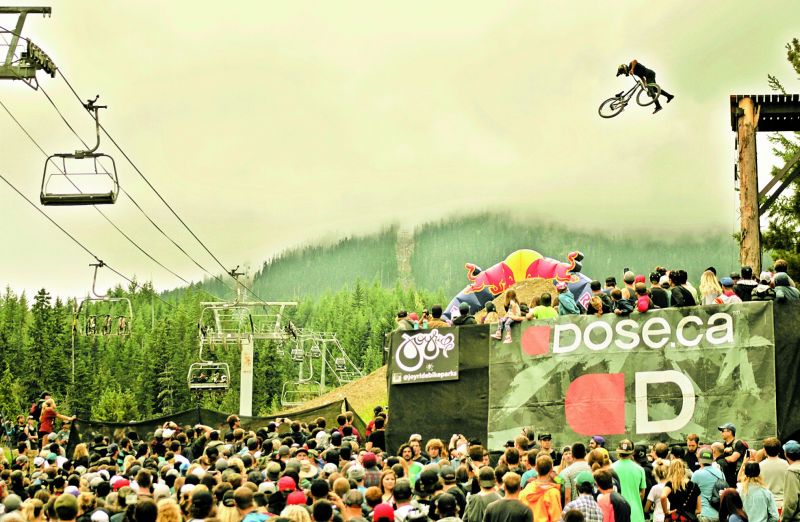 Aniruddha Das, who’s primarily a sports photographer, has undertaken several extreme sports projects. The Bengaluru-based shutterbug says, “The scope for this field has grown exponentially over the past few years because several kinds of adventure sports are happening in India now — this was not the case five or six years ago.”

Agreeing with him, Sukesh Viswanath from Chennai, who specialises in underwater photography, states that the advent of digital media has given them a huge boost. “A decade ago, there was hardly any visibility and for a long duration, only two people in India pursued underwater filmmaking professionally. More than television, it is the advent of digital media that has done a world of good, not only for us photographers, but the athletes as well. With platforms like Netflix and Amazon Prime, the scope has widened now for exposure and people to enjoy viewing such events. Plus, Red Bull, the much-sought company for adventure sports, has also started concentrating more on India,” he feels.
why risk life and limb — for a simple photo? 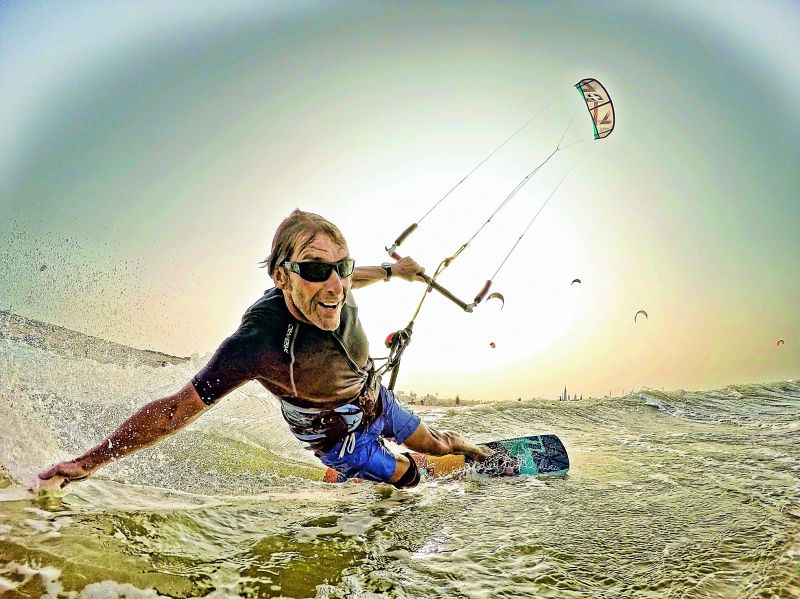 It’s all about the stories.
Visual journalist and multimedia producer Jyothy Karat, who shot to fame by capturing climbers at Mt. Zambala in the Siachen Glacier, says, “I have always been drawn to two things in stories. One is hope, the other is uncrowned heroes. The world of extreme adventure is filled with both. These are the people you can count on for a rescue mission. As a storyteller, the least I could do is tell these stories of hope and courage in the most effective way possible. And for that, if I need to endure a few hardships, I think it’s worth the effort.”

Aniruddha Das feels there’s one thing which aspiring and amateur photographers should take note of to get better output: “Professionally speaking, if you go out for a shoot, you get only one or two good images — that’s the same case for both professionals and amateurs. But though professionals know that they have captured the images, they treat those photos just like any other image. But I’ve seen certain aspirants who start obsessing over a good image they have clicked, start over-editing it, and in the process, a good image becomes an ordinary image. So I would advise them to treat even good images normally and leave it as natural as possible.”

As far as Rammohan is concerned, the eponymous GoPro action camera is the go-to gadget of choice for most shutterbugs in this field. “Of course, we move on to better and more expensive equipment eventually. But while starting out, the size and affordable nature of the GoPro makes it a total winner; it also helps that it’s water-proof.”

An interesting documentary in the pipeline
A 1,433-km bicycling event through London-Edinburgh-London, which is organised once every four years, is a sought-after cycling challenge. 64 riders from India will be taking part in the event that will have a total participant count of 1,500 riders from all over the world and will start from 30 July and end on 4 August.

K.P. Krishnan, a prominent photographer from Chennai, will be simultaneously riding and shooting the event from a first-person point of view. He says, “I’m really upbeat about participating in it. We would be travelling across scenic places, multiple terrains and the 116-hour event will be a good test of our endurance. But while riding, I would like to cover it from a cinematographer’s perspective. The first-hand experience will go a long way in effectively capturing the pain or the pleasure the rider goes through. As this event is considered the pinnacle of amateur racing, I will also be interviewing riders from other countries for my documentary.”

Having already made a film about how surfing has changed the lives of many Indian fishermen in a film, Jyothy now wants to continue documenting the climbing community — “I’m very keen on documenting the growth of climbing in India. There is amazing talent in this country and unlike other adventure sports like scuba diving, sky diving etc., this sport is inexpensive.”

Aniruddha feels it’s only obvious for a lensman to turn towards adventure sports at a time when it’s flourishing and the standard is also high. “I documented Covelong surf festival a couple of years back, and the experience was good. In the last two years, a lot of international athletes from all over the world are coming down here to participate in such fests. All these mean that we get more perfect moments to shoot and capture. I also want to explore kayaking in Kerala.” 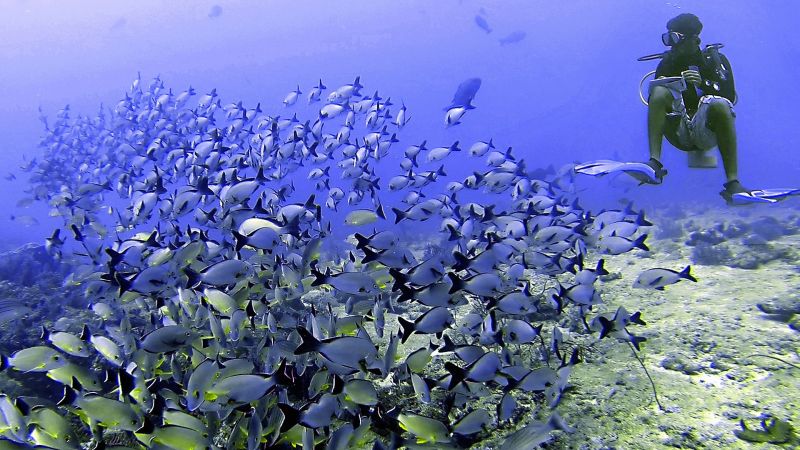 Doubling up as athletes themselves

Bengaluru boy Rammohan Paranjape, known for his incredible snaps of water sports (stand-up paddling kite surfing), says that it helps when the photographers themselves have a passion for the sport, as in many cases, they have to be nearly as good at it as the sportspeople themselves!

“It is a long learning curve, and takes years to perfect with lots of mistakes, putting our bodies on the line each time. I started out in the field a decade ago, and the internet has helped immensely in researching on the kind of equipment we need, how to prepare for different conditions, the limits to which we can push ourselves. But there also needs to be an innate interest towards the sport — or else, it’s difficult,” he muses.

Vinay Menon, who hails from Pune, says that he learnt photography only out of necessity, which he now claims “has turned from hobby to profession.” He explains, “I’ve been a mountain biker for 20 years, and I started learning photography so that I could get action shots of myself and the riders riding with me — over a period of time, I was getting better at it. It’s always better for a performer to double up as photographer too because, sometimes, a mountain trip would last up to six days and you will not have access points to go the desired location — and mostly you can reach there only by bicycle — it’s physically demanding. Plus, shooting from a first person point of view is definitely a one-of-its-kind experience and is very well evident in the output.”

Apart from being an underwater photographer, Sukesh is also a scuba diving instructor. The youngster, who hails from Chennai, says, “One has to be a very good diver if he/she wants to pursue underwater photography. And in some cases, when we are doing commercial projects, we also need to be instructors so that we can teach the people who’ll be featuring in the projects.” He has also collaborated with popular underwater photographer Sumer Varma and devised a course plan for aspiring shutterbugs. “We want to make sure they get the basics right before they take equipment underwater,” asserts Sukesh.

“It’s just like how a film shoot works,” Vinay says, adding, “Both the actor and director need to be on the same wavelength for a good output — and it’s the same for adventure sports. If it’s a planned shoot, a photographer should also have an informed idea about the location they are shooting at — and the most important thing is to have a good understanding with the performer. If it’s an event, then research on the area and its history is mandatory.”

In spite of all the challenges and hardships they undergo, these daredevil cameramen claim that certain unforgettable and close-to-heart moments keep them pushing their limits. Recalling her favourite moment, Jyothy says, “Diving 100 feet to encounter 30 plus bull sharks in the open sea in Fiji. According to the marine biologist and his co-workers at that shark reserve, I was the first Indian to dive there.”

Vinay fondly recalls the moment he shot himself during a stunt he performed in Spiti Valley. “Sometimes, I go alone for solo projects with three to four cameras and a tripod… One incident that always sticks to my memory is during a jump from 25-30 feet cliff in Spiti Valley. So I placed the camera in my tripod, framed it accordingly and went ahead with my jump. After performing, I was very pleased with the output that was captured!”

Sukesh takes his pick — “In Maldives, while we were shooting underwater, I encountered some five to ten Manta Rays which were almost as big as a Maruti 800! Swimming and playing with them is one moment I will always cherish.”

Though the growth of this industry has been quite steady, Jyothy feels that there are a lot of issues that need to be addressed. “For me, the biggest challenge has been in getting people to care about these sports. People either feel it’s too difficult to try or are simply indifferent.” She adds, “A lot of the work I do on this subject is to help the athletes involved. Most athletes in India don’t have any sponsors and we wonder why India doesn’t do too well in competitions abroad. I hope all that will change and that my work will contribute to a positive change in this industry.”

There is also a lament that those in adventure sport photography don’t get as much recognition — or money — as their compatriots who rule the industry with wedding, fashion or even travel photography. “It’s due to lack of awareness about such events or a platform to encourage the athletes. Commitment-wise, there is a lot more effort which goes into our work: right from working in an uncontrolled environment to practicing and learning the sport ourselves.”