Ghana's Eric Ayiah (Jersey no 6) celebrates with teammates after scoring a goal against India on Thursday. (Photo: PTI)

New Delhi: Two goals by Eric Ayiah gave Ghana a 4-0 win over hosts India, whose hopes of advancing to the next stage ended after a third consecutive defeat. After a goalless half an hour, it was the 17-year-old Ayiah who gave the African side the lead in the 43rd minute, just before half time.

He repeated the act in the second half, with seven minutes into play, as he doubled the lead and in fact took his team through to the Round of 16.

Just before full-time, it were Richard  Danso and Emannuel Toku who further destroyed India, making it a clean sheet with a 4-0 win.

With this loss, Amarjit Singh–led Indian team’s campaign in the FIFA U-17 World Cup has unfortunately come to an end, as this was their third consecutive loss despite scoring one goal in the second match against Colombia.

From this group , Group A, Ghana and Colombia have automatically qualified for the knockout stage as group winners and runners-up respectively with USA being the third-placed team in the group.

While the group stage comes to a close on October 14, Saturday, the knockout stage will kick off on October 16, Monday.

87': GOAL! Just a minute after Danso, another subsitituteToku has further extended Ghana's lead.

82': Goal-scorer Eric Ayiah comes off as Richard Danso makes way in a substitution.

80': India's hopes are all but over. With 10 minutes to go, Ghana has taken control of the game.

56': Emannuel Toku comes in place of Sadiq Ibrahim as Ghana makes a substitution

52': GOAL! Eric Ayiah has done it again as he has doubled  Ghana's lead. How will India respond to this?

45': The second half is underway. Can India manage a comeback?

43': GOAL! Ghana's Ayiah gets their first goal to take a lead just before half-time.

30': Half an hour gone, no goals so far, despite both the teams showcasing good competition.

23': India's goalkeeper Dheeraj is doing the best he can to not concede a goal.

15': A free-kick taken by India's Sanjeev, but is successfully defended by Ghanaian defenders.

10': No goals from either of the teams as this match has got onto an exciting start.

1': KICK OFF! The match is underway at the Jawaharlal Nehru Stadium. Who will score the first goal tonight?

Here's how India will line-up tonight: 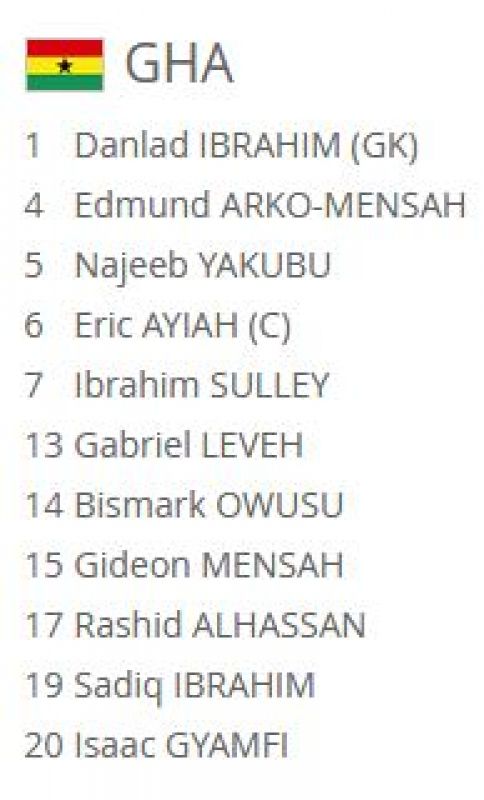 New Delhi: The Indian under-17 football team will get one last chance to qualify for the knockout stage of the FIFA U-17 World Cup when they meet Ghana in their final group game on Thursday.

After having started their campaign on a disappointing note by losing to USA 3-0, Jeakson Singh scored India’s first goal in a FIFA tournament against Colombia, making it 1-1, just for their opponents to take a 2-1 lead and walk away with three points. Despite the loss, the Norton de Matos-coached side can take some positives from the last match, as they showed some fighting effort.

For India to qualify, they will have to win the match by a margin of four goals or more, and hope that USA successfully defeats Colombia in the other group match.

Irrespective of qualifying to the next stage, the young Indian colts will look to post their first win in the tournament, as they face a stern test in the final gtroup game against the African side.