Steve Smith was seen hauling a kit-bag upon arrival at the Mumbai airport. (Photo: PTI)

Mumbai: The Australian cricket team arrived at the Chattrapati Shivaji International Airport late on Monday night, for their tour of India, which comprises of a four-match Test series against their hosts.

While the series is set to kick-off next week at the Maharashtra Cricket Association Stadium in Pune, the Aussies will first play a three-day warm-up game against India A at the Brabourne Stadium in Mumbai.

The Australian cricket team were greeted (or otherwise) in a rather curious manner though at the Mumbai airport.

Normally, when a foreign team arrives in the country, a few porters are arranged to load their baggage onto a vehicle, which generally takes the cargo straight to the team hotel. 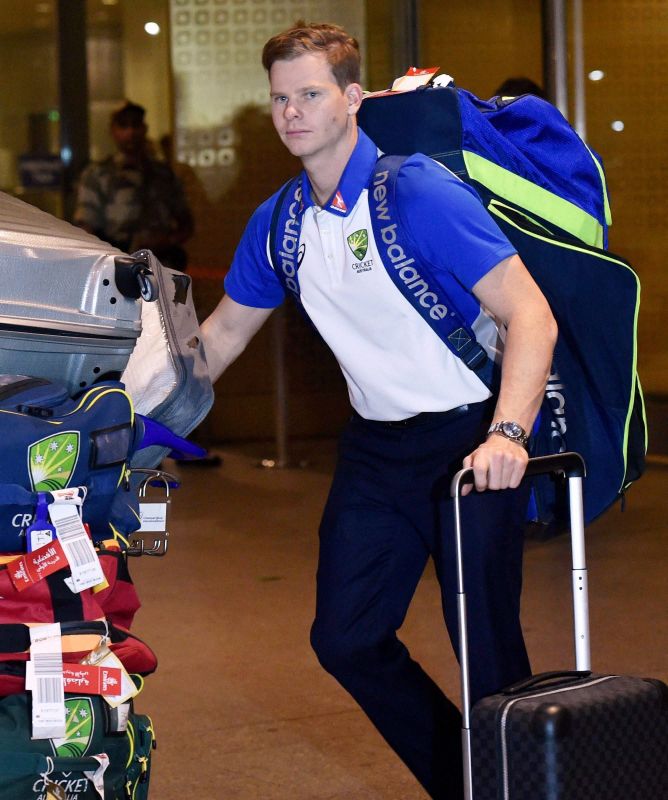 In this case however, the Australian players were seen hauling their own luggage onto the truck, according to local newspaper Mid-Day. 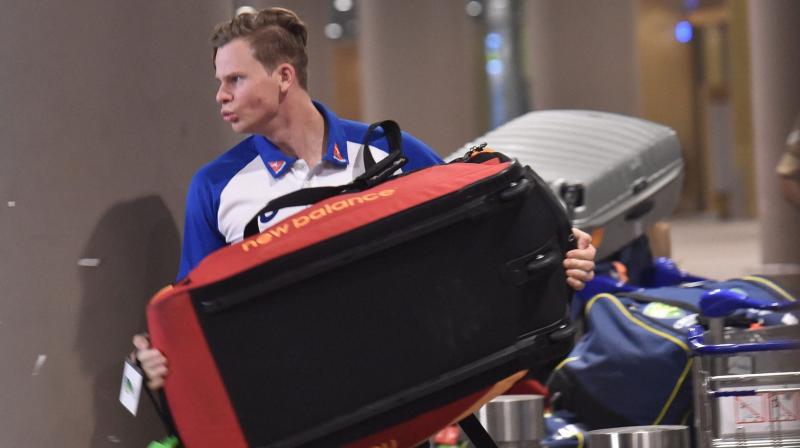 Steve Smith was seen hauling a kit-bag upon arrival at the Mumbai airport. (Photo: PTI) 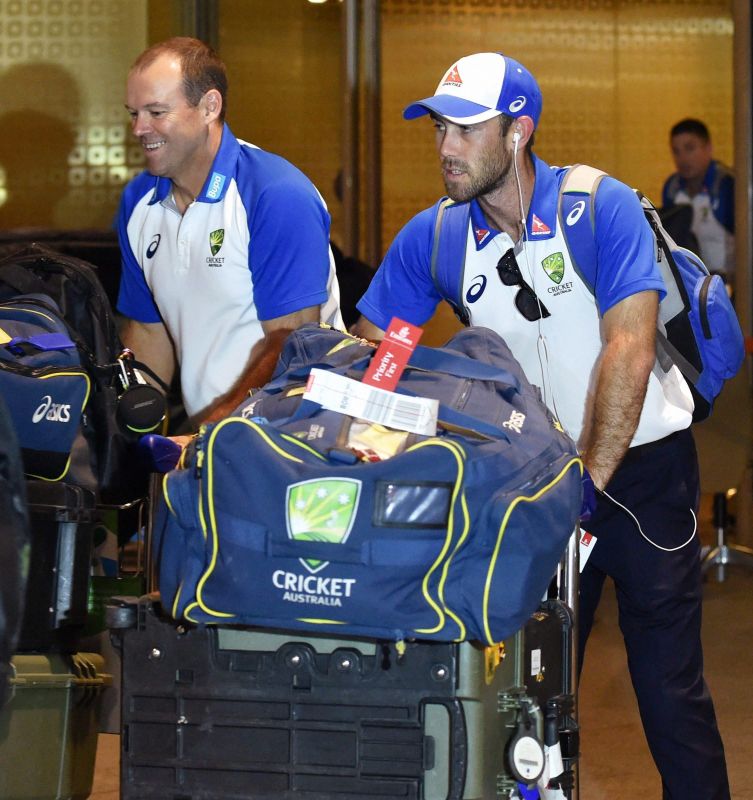 Glenn Maxwell carries his kit-bags to the arrival gate at the Chhatrapati Shivaji Airport in Mumbai. (Photo: PTI)

Star players like captain Steve Smith and opening batsman David Warner were seen hauling the heavy bags onto the back of the tempo. 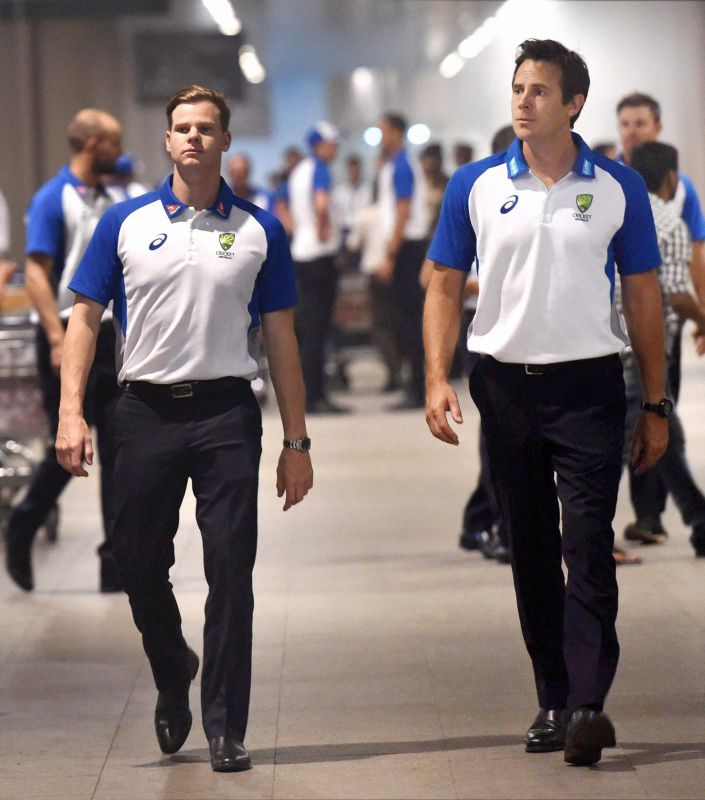 The Board of Control for Cricket in India’s (BCCI) funds had been frozen by the Supreme Court after the board failed to comply with the Justice Lodha committee’s recommendations, last year. 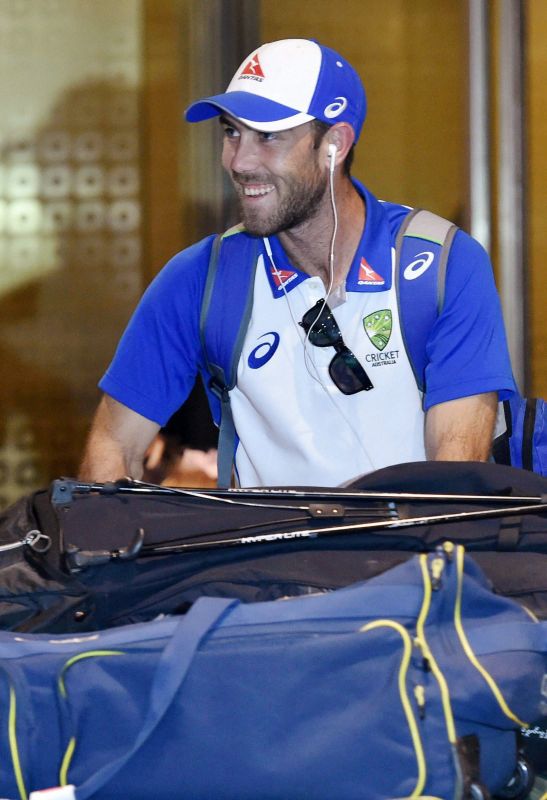 Interestingly, the board had moved the SC to release certain amounts of these funds, in order to be able to host the Test matches against England, last year. More recently, there have also been reports of the India u-19 cricket team being left without money to buy their own dinner.