Someone seems to have accidentally started a live broadcast of his browsing activity on the billboard, showing a ‘desi sexy seduce cam’ clip, which attracted the attention of the passersby. 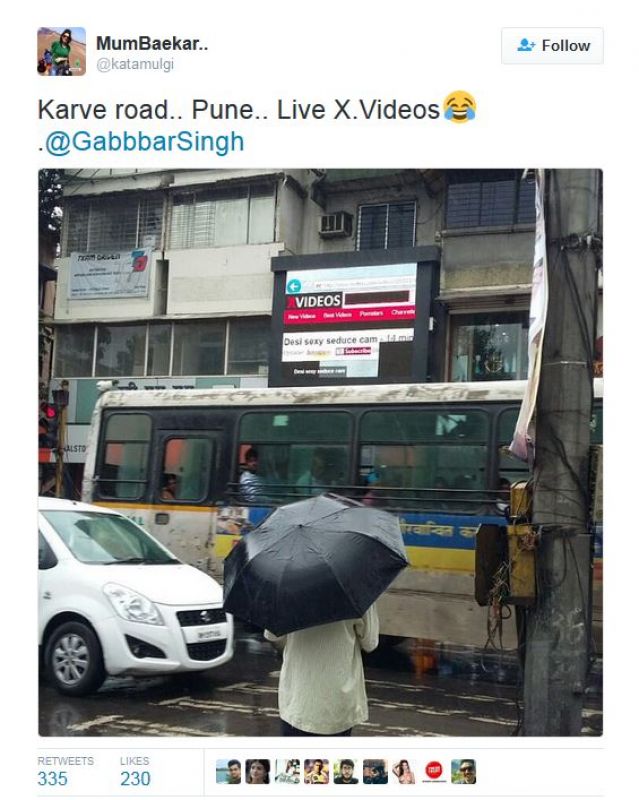 PM Modi gets emotional while interacting with beneficiary during Utkarsh Samaroh

West Bengal gets 2 Navy fast interceptor crafts based in Kolkata