Police said Vivek Tiwari, who was in his car with his former colleague Sana Khan, on seeing police tried to flee and rammed his car against a wall. (Photo: Facebook Screengrab | vivek.tiwari)

Lucknow: A 38-year-old employee of a multinational company died early on Saturday after a constable at Lucknow in Uttar Pradesh shot him when he allegedly refused to stop his SUV during checking by the police.

The driver of the SUV, identified as Vivek Tiwari, later succumbed to his injuries at a hospital in Lucknow.

Two constables were arrested on the basis of an FIR lodged by Apple executive Vivek Tiwari's colleague Sana Khan, who was travelling with him.

The alleged shooting took place around 1:30 am in Lucknow's upscale Gomti Nagar extension area. Police said Tiwari, who was in his car with his former colleague Sana Khan, on seeing police tried to flee and rammed his car against a wall.

The police said Tiwari first hit the police patrol bike and then rammed a wall while allegedly trying to escape. 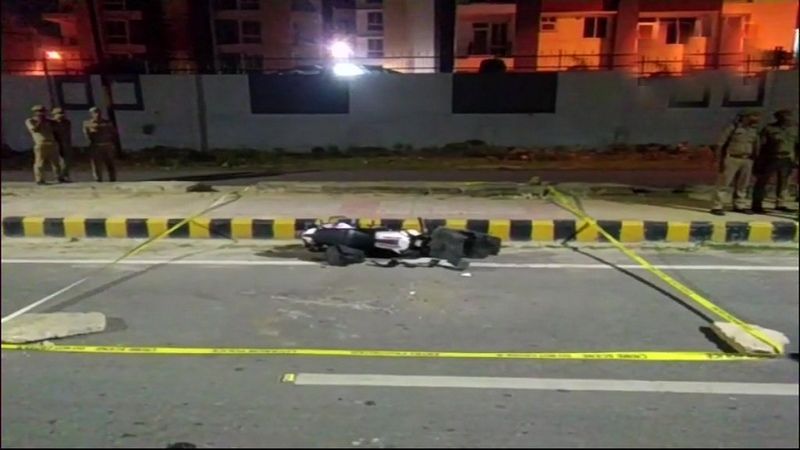 Tiwari's co-passenger and former colleague Sana Khan, however gave a different version to police in her statement. She said that the constables intercepted their car and tried to stop them forcefully. Tiwari didn’t stop the car because they didn’t realise they were policemen.

“We were trying to leave from the side. We hit the bike but they had already lighted. One of them had a lathi (baton). The man in the front had a revolver and he fired at the vehicle which hit the windscreen and bumped into Tiwari,” she added. 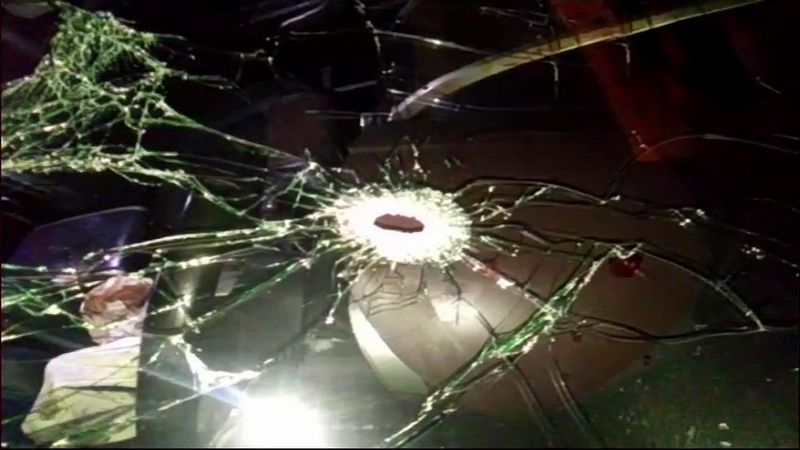 When media tried to speak to Sana Khan, she said: “I am not in a condition to say anything right now. Even I want the culprit to be punished. I am under no pressure to hide the truth.”

"We detained the police personnel who were on checking duty at the location. Our constable shot at a car on noticing suspicious activity, injuring the driver of the vehicle. On seeing police, the occupant of the car had tried to flee and rammed his car against a wall. He later died of injuries. Post mortem report to determine cause of death," said Kalanidhi Naithani, Lucknow's police chief.

"A SIT has been formed under SP crime. I have personally sent a request to District Magistrate for a magisterial inquiry into the incident," Kalanidhi Naithani, SSP Lucknow told on Saturday.

Talking to media, constable Prashant Kumar said, “At 2 am last night, I saw a suspicious car with its lights off, when I approached the car, the driver (Vivek Tiwari) tried to run over me thrice to kill me. I fired a bullet in self-defence, he then immediately took off from the spot.”

#Lucknow At 2 am last night, I saw a suspicious car with its lights off, when I approached the car, the driver (Vivek Tiwari) tried to run over me thrice to kill me. I fired a bullet in self-defence, he then immediately took off from the spot: Police constable Prashant Chaudhary pic.twitter.com/ZSLiATeCU6

Meanwhile, wife of Vivek Tiwari, Kalpana said, “Police had no right to shoot at my husband. I demand Uttar Pradesh Chief Minister Yogi Adityanath to come here and talk to me and tell me why police have killed my husband."

#WATCH Kalpana Tiwari,wife of deceased Vivek Tiwari says,"Police had no right to shoot at my husband,demand UP CM to come here&talk to me." He was injured&later succumbed to injuries after a police personnel shot at his car late last night,on noticing suspicious activity #Lucknow pic.twitter.com/buJyDWts5n

“Was he a terrorist that police shot at him? We choose Yogi Adityanath as our representative, we want him to take cognisance of the incident and also demand an unbiased CBI inquiry,” brother in-law of Vivek Tiwari, Vishnu Shukla said.

Deputy Chief Minister of Uttar Pradesh KP Maurya said, “Investigation is underway. If an innocent person has been killed by the police probe will be done. Action will be taken against those found guilty.”