‘Let Madras HC deal with it’: SC keeps itself away from Jallikattu stir in TN

Youngstres and students during a protest to lift the ban on Jallikattu and impose ban on PETA, at Kamarajar Salai, Marina Beach in Chennai. (Photo: PTI)

New Delhi: The Supreme Court today preferred to stay away from the pro-Jallikattu protests across Tamil Nadu and said the issue of protecting the agitating supporters of the bull-taming sport can be raised before the Madras High Court.

"Let the Madras High Court deal with it. You (petitioner) go there. Why do you come all the way to Supreme Court," a bench of Chief Justice J S Khehar and Justice D Y Chandrachud told a petitioner advocate who mentioned his plea seeking protection to the protestors who have assembled in large numbers at the Marina beach in Chennai for the third day today.

Advocate N Rajaraman, who mentioned the plea before the bench, said the protestors should not be assaulted like the Ramlila Maidan incident of 2011 where Baba Ramdev supporters were baton-charged by police.

He said the court should take suo motu cognizance of the development and provide relief to the pro-Jallikattu agitators. The bench, however, asked the petitioner to approach the High Court for relief. 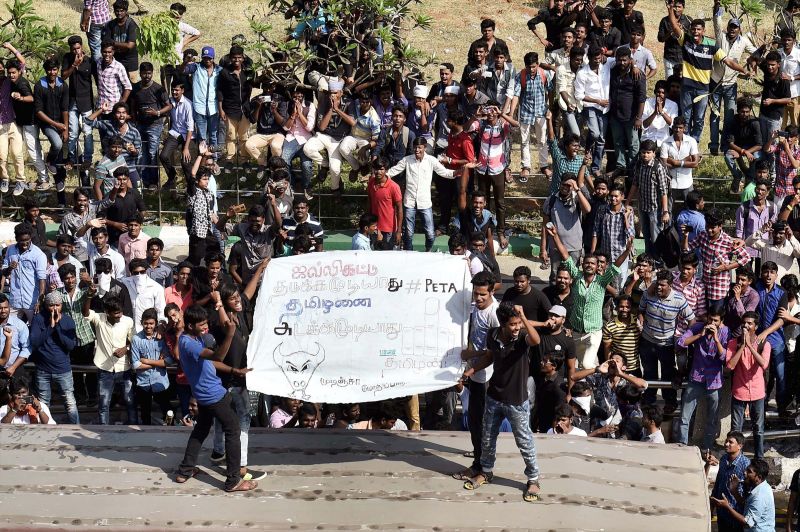 Youngstres and students during a protest to lift the ban on Jallikattu and impose ban on PETA, at Kamarajar Salai, Marina Beach in Chennai. (Photo: PTI)

The development came on a day Tamil Nadu Chief Minister O Panneerselvam met Prime Minister Narendra Modi to seek promulgation of an ordinance to allow Jallikattu amid widespread protests in the state against the ban on the sport.

The apex court had reserved its verdict on December 7 last year on a batch of petitions challenging the Centre's notification allowing the sport.

On the next day, the Centre had issued a notification lifting the ban on Jallikattu in Tamil Nadu with certain restrictions, which was challenged in the apex court by Animal Welfare Board of India, People for Ethical Treatment of Animals India, a Bangalore-based NGO and others.

The Supreme Court had on January 21 last year refused to re-examine its 2014 judgement banning use of bulls for Jallikattu events or bullock-cart races across the country. 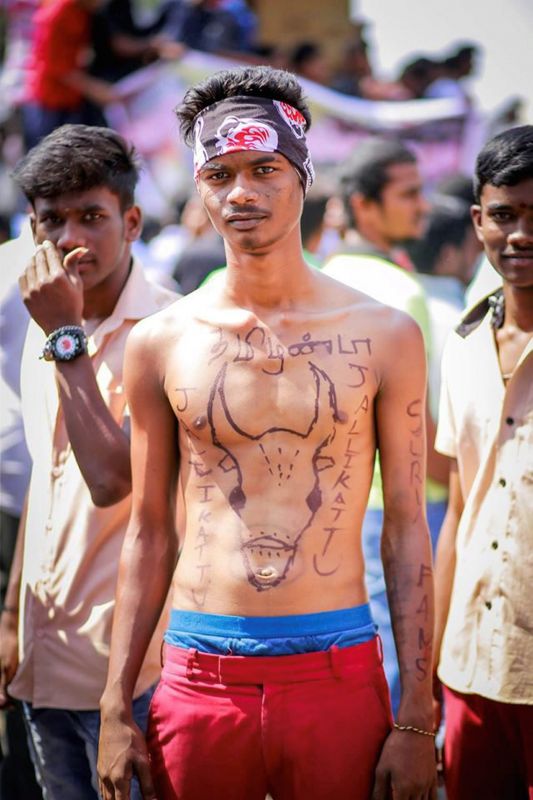 Youngsters stage a protest condemning the ban on Jallikattu at Tamukkam in Madurai. (Photo: PTI)

It had also stayed the January 8 notification of Centre and questioned the Centre over the notification allowing use of bulls in events like Jallikattu, saying that its 2014 verdict banning the use of the animals cannot be "negated".

The court in its 2014 judgement had said that bulls cannot be used as performing animals, either for Jallikattu events or bullock-cart races in the states of Tamil Nadu, Maharashtra or elsewhere in the country, and had banned their use across the country.

The apex court had also earlier declared Tamil Nadu Regulation of Jallikattu Act, 2009 as constitutionally void, being violative of Article 254(1) of the Constitution.

■All you need to know about Jallikattu and the controversy around it
■Matter sub-judice but Centre supports TN govt: Modi to CM on Jallikattu ban
■Ramadoss sits on protest outside Modi's house seeking Jallikattu ordinance
■Jallikattu protest: Chennai college girls up ante on Meenakshi land

Sasikala says she will stay away from politics; to pray for Jaya's 'golden rule'

Heavy charges for burial of bodies in Dargah Yousufain