Protests erupted in Srinagar following reports that a young girl was allegedly molested by an army jawan. (Photo: DC/H U Naqash)

Srinagar: One more Kashmiri youth died in police action on Wednesday as protests against the killing of three persons in Tuesday’s Army firing in north-western Handwara town turned violent at places across the Valley.

About 110 policemen and two CRPF jawans were injured in Wednesday’s clashes, officials said.

Reports said that protests broke out in Dragmulla area in the neighbourhood of Handwara in frontier Kupwara district on Wednesday. Police fired teargas canisters to quell the stone-throwing crowds and one of these hit a protester identified as Jehangir Ahmed Wani in the head, resulting in his death, reports said.

Chief Minister, Mehbooba Mufti, said that ‘disproportionate use of force for crowd control results in loss of precious lives and grave injuries which should be avoided at all costs’. She expressed grief over the ‘unfortunate tragic death’ of the youth and extended her heart-felt condolences to the bereaved family.

However, main opposition parties including Omar Abdullah National Conference and separatists accused her of ‘shedding crocodile’ tears and alleged that the security forces have gone on a killing spree, targeting innocent Kashmiri to silence them. Separatist leader Syed Ali Shah Geelani and JKLF chief Muhammad Yasin Malik announced the protest strike observed in the Valley against the Handwara killings on Wednesday would continue on Thursday to mourn and protest the death of another youth “in the hands of brutes.” 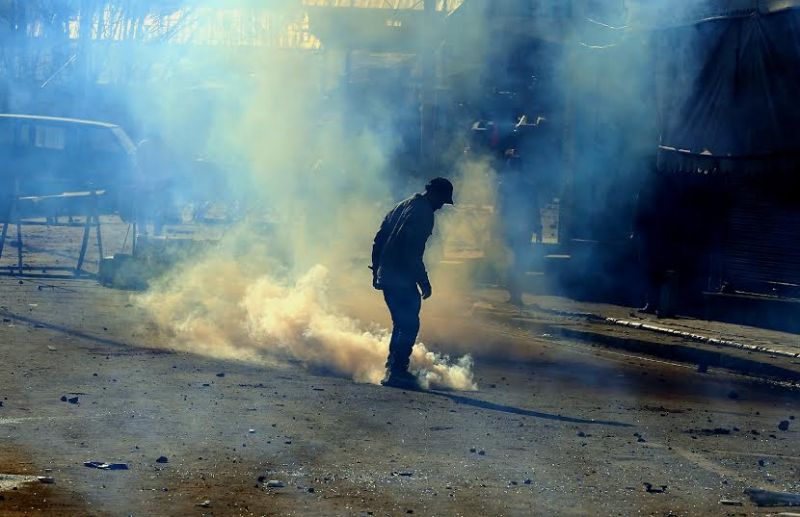 Reports received here said violent protests were held in several parts of Kupwara, and Ganderbal districts. A statement issued by police here said that “miscreants” attacked a police post at Magam (Handwara), causing extensive damage to the building. A 2000-strong mob targeted police post at neighbouring Langaete and also torched a shed within the premises, it said.

“Police exercised utmost restraint despite heavy provocations,” it said adding that about 110 police personnel were injured in clashes. In Srinagar two CRPF jawans Head Constable Rajesh Verma and Constable Mukesh Mishra were seriously injured in clashes, the police said. It, however, claimed that the situation in other parts of the Valley remained by and large peaceful and appealed the people to “refrain from indulging in lawlessness, remain calm and help the administration in maintaining peace and order”.

A shutdown called by separatist parties over Tuesday's killing of two youth and an elderly woman in security forces’ firing brought life to a standstill across Kashmir Valley whereas a security clamp down was enforced in parts of summer capital Srinagar by hundreds of police and CRPF personnel fanned out overnight to prevent protests and violence.

However, members of minority Sikh community were allowed to visit Gurudwaras and famed Mughal gardens to celebrate Baisakhi.

Shops and other businesses remained closed while public transport was off the roads in Srinagar and elsewhere. Baisakhi is an official holiday in educational institutions and government offices. Officials said that security restrictions were enforced in areas falling under six police stations of Srinagar and confirmed that these did not apply to the members of the Sikh community “who are free to move about in areas placed under restrictions because of the festival of Baisakhi”.

Handwara, about 72-km from Srinagar, was placed under indefinite curfew on Tuesday night. The local police detained dozens of the youth following Tuesday’s clashes and sealed the town after laying Concertina razor wire on the roads leading to it, reports said.

Two protesters were killed in security forces’ firing as Handwara erupted on Tuesday over alleged molestation of a local female student by an Army soldier.

A woman resident Raja Begum who was also hit by a bullet in the ehad while working in a field about four kilometres from the scene of clashes succumbed to her injuries in a Srinagar hospital late Tuesday night, raising the toll to three.

Army had said on Tuesday that it regrets the “unfortunate loss of life” in firing and assured that the guilty would be dealt with as per law. It also said that inquiry into the incident has been ordered.   “Army deeply regrets the unfortunate loss of life. Matter will be investigated and anybody found guilty will be dealt as per the law,” a military spokesman said in Srinagar.

On Wednesday, the Northern Army Commander Lt. Gen. DS Hooda accompanied by Srinagar-based Chinar Corps Commander Lt. Gen. Satish Dua visited Handwara where they interacted with officers and soldiers on Tuesday’s incident. Terming the incident as “highly regrettable”, Lt. Gen. Hooda has asked for an early completion of the inquiry ordered by the Army earlier.

The Army has also offered to take care of the expenses for hospital care and subsequent rehabilitation of those injured in the incident, a defence spokesman here said. 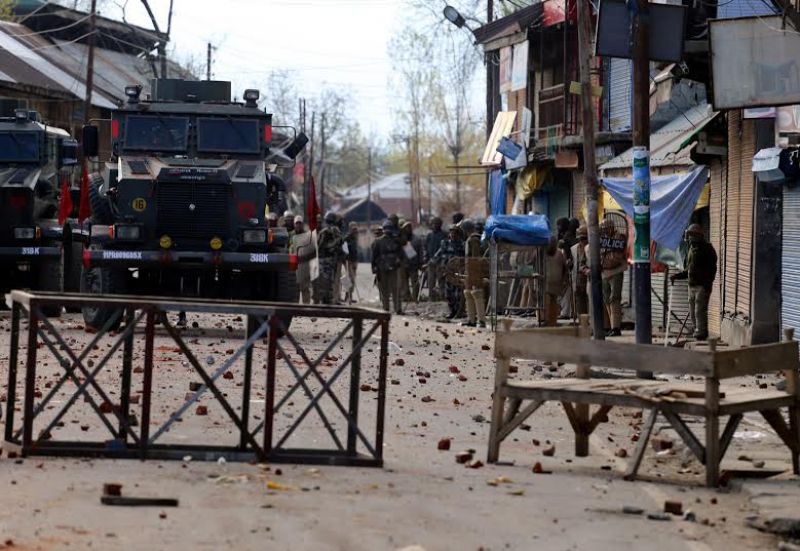 Earlier during the day, Chief Minister, Mehbooba Mufti, met Defence Minister, Manohar Parrikar, in New Delhi to discuss with him Tuesday’s army firing on protesters in Handwara. “During the meeting, the Chief Minister called for a time-bound inquiry into the incident so that those responsible for the deaths are handed exemplary punishment. This, she said, will act as a deterrent against such incidents in future,” an official release said.

It quoted Ms. Mufti as saying that such incidents shake the confidence of the people and adversely impact the efforts of the State government in consolidating peace dividends. “She also said the loss of lives of the innocent civilians cannot be compensated by whatsoever means. However, she urged the Defence Minister to announce adequate compensation to the families of the victims, who have suffered such an irreparable loss”, the release said.

The Defence Minister, it added, assured the Chief Minister of a detailed time-bound probe to fix the responsibility in the firing incident.