Chennai: The architectural and engineering marvels of South Indian Kakatiya dynasty founded before 900 CE and also the art that flourished then, are not remnants of the past alone but unique as they can provide a lesson or two on ancient Hindu architecture.

Aiming to gain more insight and document the temple architecture in an exhaustive manner, for the first time, the Archaeological Survey of India (ASI), Temple Survey Project (SR), Chennai, has proposed to take up a survey of the structural temples of Kakatiya later this month.

“The Kaatiyas are great lake builders too. They built the temples close to the water bodies that they had created,” says G. Maheshwari, Superintending Archaeologist, who is set to commence the survey soon. 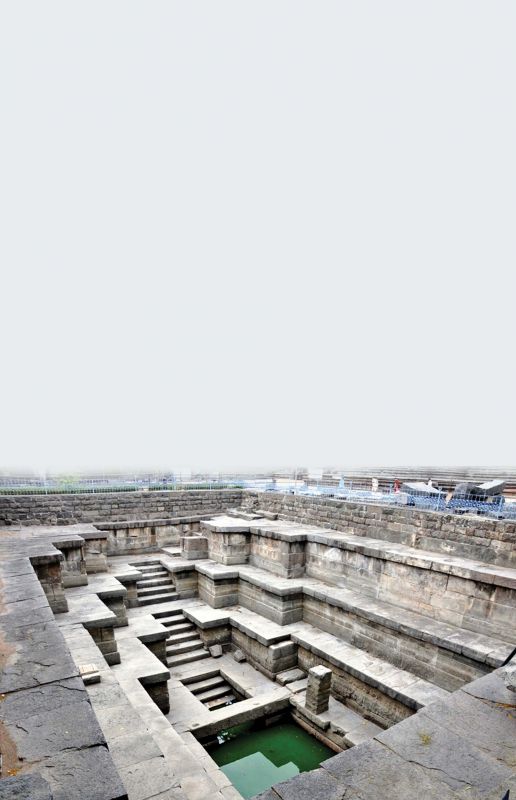 “In the present study: Structural temples of the Kakatiyas, will throw light on the art, architectural excellence and engineering skills of the Kakatiyas in the development of temple architecture in South India as a whole and Telangana in particular. Interestingly, they adopted both the North Indian Nagara Bhumija style and the South Indian Dravida style,” she adds.

The Kakatiyas was one of the major dynasties that rose into prominence in the eleventh century with the decline of Western Chalukyas and the Rashtrakutas in the west. By the early 12th century, the Kakatiya Durjaya clan declared independence with Hanamakonda the first capital and Warangal second capital in later period.

Rudramma, the only queen who was bolder than Jhansi Rani Lakshmibai (1828 - 1858), who succeeded her father Ganapati Deva since he had no sons, in 1262 C.E, suppressed the internal rebellions besides external invasions with the help of loyal subordinates.

“The Cholas and the Yadavas suffered setbacks at her hands and they did not think of troubling her for the rest of her rule. She was the great and brave ruler and named as Gajakesari,” the ASI senior official said.

The main objective and scope of this project, according to Ms Maheshwari, is to document all the structural temples of the Kakatiya dynasty. Though a few scholars have attempted to carry out research in this subject,  there has not been no comprehensive research on the edifices of this period. The present research will cover a comprehensive survey and detailed documentation incorporating all aspects viz., art, architecture, inscriptional data, literary sources and evolution of the temple architecture of these monuments.

These edifices are endangered in the hands of human vandalism, keeping in mind, the present scenario, it is time an initiative was taken to document all these temples to expose its endurance in the public domain and subsequently inculcate awareness to the locals to safeguard its sanctity for posterity, Ms Maheshwari claims.

The survey in the proposed study may also open new sites for documentation as the area taken up, for study are afforested, particularly on the northern parts of Telangana. Apart from using photogrammetry, satellite imagery, laser scanners, laser rangefinders, AutoCAD, GPS, GIS and literary sources at length, it has been proposed to take up Geo-physical investigations to study the foundation analogy of the monuments structures.

A blend of north and south Indian designs

The Kakatiya temples, dedicated mostly to Siva, reveal in their construction a happy blending of the styles of North India and South India which influenced the political life of the Deccan.

The most important of these temples are those at Palampet (Ramappa temple), Hanamkonda (Thousand Pillared temple) and the temples in the Warangal fort including the big ruined temple complex — Swayambhunadha temple. As a preliminary study, surveys was taken up at the above mentioned sites and documented.

The thousand-pillared temple at Hanamkonda, built by the Kakatiya King Rudra in 1162 C.E is dedicated to Siva, Vishnu and Surya on star-shaped single platform (trikutalaya).

This temple has multi carvings of different themes from upana to the prasthara. There is a lattice window and the doorframes, and the elegant open works by which the bracket-shafts are attached to the pillars are the other most interesting features of this temple.

The mukha mandapa has kakshasanas supported with dwarf sthambas. The main entrance of the presiding deity is decorated with sapthasakas and each sakas is intricately carved and also contains dwarapalas. The whole panel is made of black basalt and highly polished. The Lalatabhimba has Gajalakshmi and the natya mandapa beam represents the Siva as Nataraja.

The six-member team lead by G. Maheshwari, superintending archaeologist, and director of the project, will visit areas falling under Telangana, Andhra Pradesh, parts of Odisha, Maharashtra, Chhattisgarh and Karnataka.

The Kakatiyas are the contemporaries of the Cholas and had erected a few magnanimous temples par excellence.

With the present study the evolution of temple style could be established in the context of South Indian architecture as a whole and Telangana in particular. The Kakatiya dynasty expressed itself best through religious art. Kakatiya art preserved the balance between architecture and sculpture, that is, while valuing sculpture, it laid emphasis on architecture where due.

India's Budget will be 'ray of hope' for the world, says PM Modi