Bengaluru: Wall of hope - Kids to build their own library

Bengaluru: In an attempt to give children of rural Bengaluru a chance to explore the world of literature, a Kolkata based organisation, Crayons of Hope has brought its unique library , Wall-O-Books to the city.

"We help children build a magical library of their own using just a wall and so we call this a Wall O Books. We equip it with a start-up stack of 100 books, a world map, a light bulb and a few other things. The children even elect a Little Librarian, as this helps them experience their first brushes with democracy," says  Swastika Gurung, chief executive officer of the project.

That the response has been positive is evident in the barely concealed excitement of those involved in the initiative. "The children are overjoyed and so are we!" says Jenny Verma of Love Dale Foundation, which has opted for the library. "We work for the rescue and rehabilitation of child labour in rural Bengaluru. Curriculum is one thing, but having access to literature and a reading environment is equally important. We plan to open this library to children from the nearby slums of Kalyan Nagar and Banaswadi as well," she reveals. 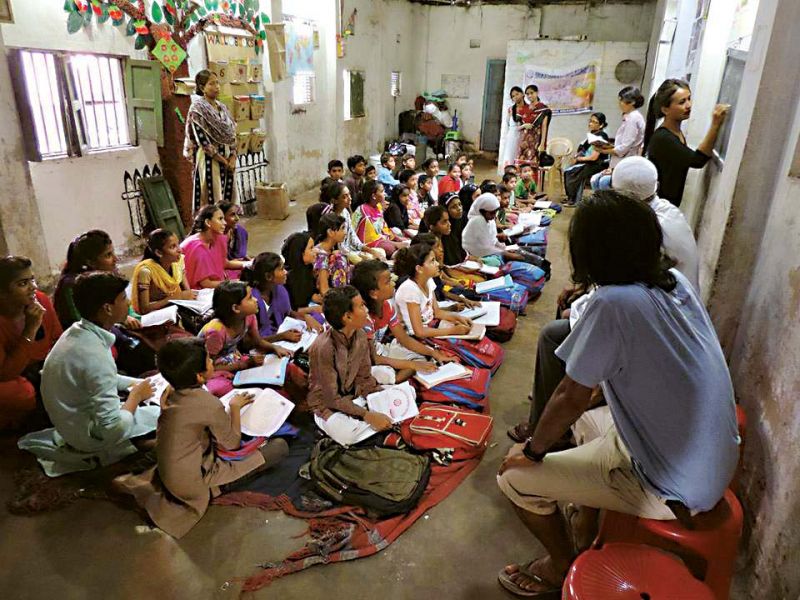 One Wall-O-Books will benefit about 3,500 children in these areas and should be operational by June.

One Wall-O-Books will benefit about 3,500 children in these areas and should be operational by June. Sunil from the Nele Foundation, another city based collaborator, says they already have a small library and this addition will make it better. Nele provides shelter and education for children who are orphaned or who have a single parent.

The library usually functions with donated books and even has a networking system of postcards for the children to keep in touch and share their experiences. Crayons of Hope has set up 159 centres in Kolkata and Delhi and is venturing into Arunachal Pradesh and now Karnataka. "We want to build 100 in each state, which means  2900 centres covering one million children in the next two years," says Ms Gurung.

3 passengers of a car burnt alive in a ghastly mishap

No gold or copper deposits in Udayagiri - GSI