Families of the farmers protesting against the hydro-carbon project as it would cause damage to agriculture land and crops, in Neduvasal, Pudukottai district, on Thursday. (Photo: PTI)

Chennai: Even as farmers in the Neduvasal village in Pudukottai district decided to continue their protest on Thursday, experts said extracting hydrocarbon will not result in the intrusion of the seawater.The protesters in Neduvasal allege that the project would cause sea water intrusion and significant damage to their agricultural lands.Professor L. Elango from department of geology in Anna University has denied any link between extracting oil and gas (hydrocarbon) and groundwater.

“There is no link between oil and the groundwater. Oil can be found after 2,000 metres beneath the ground. The extraction of oil and gas will not affect the groundwater as the aquifers are at much shallower levels,” said professor L. Elango, head, department of geology, Anna University.He said sea water intrusion will happen only if more groundwater is extracted.At the same time, he also warned against using the hydro-fracturing method for breaking the rocks while digging borewells. “They should avoid this method as it would require more water,” he said.

Read: Protesters refuse to call off agitation in Neduvasal village of TN

The small oil fields have an in-place volume of 4,30,000 metric tonne of oil and gas, according to the ministry of petroleum and natural gas. According to activist Nityanand Jayaraman, fears of residents are justified, and hydrocarbon extraction is not a clean or green way of producing energy as it hampers the land and water bodies.“The exploratory well dug in 2009 has led to leakage in the land near the wall, but the government has not cleaned up. People are protesting because there is evidence of oil from the well, polluting their land,” he added.

However, an official from ONGC, who spoke on the condition of anonymity, has denied that extraction of oil and gas would affect the environment or agriculture.“There are oil wells in Narimanam in Karaikkal, Krishna-Godavari basin, the Bombay high and Assam. We are extracting 30 per cent of oil from within the country without affecting agriculture and the environment,” he said.
Digging a well is a cost-intensive process, a hole of the size 120m x 120m will estimate at Rs 30-40 crore. As the work has been leased to Gem Laboratories Pvt Ltd., a private player, due to cost constraints, the method will be economical.

The official added that process like hydraulic fracturing is expensive and can’t be applied to these Discovered Small Fields like that in Neduvasal or Karaikal.
“The drilling process will go on for a period of one year, and once the drilling is done, a bore well will be left to extract oil and the remaining land will be handed back to the owners,” he added.“A mandatory clause in the environmental clearance is handing over of the land to the owners after restoration. Until the period of drilling, the land won’t be usable for agriculture so the owners would be paid lease rentals.”Speaking about earlier reports on crude oil leakage in the Krishna delta that caused damage to Rabi crops, he said that it was due to accidental blowouts in the regions caused by high-pressure gas wells that are common in the Krishna-Godavari basin fields. 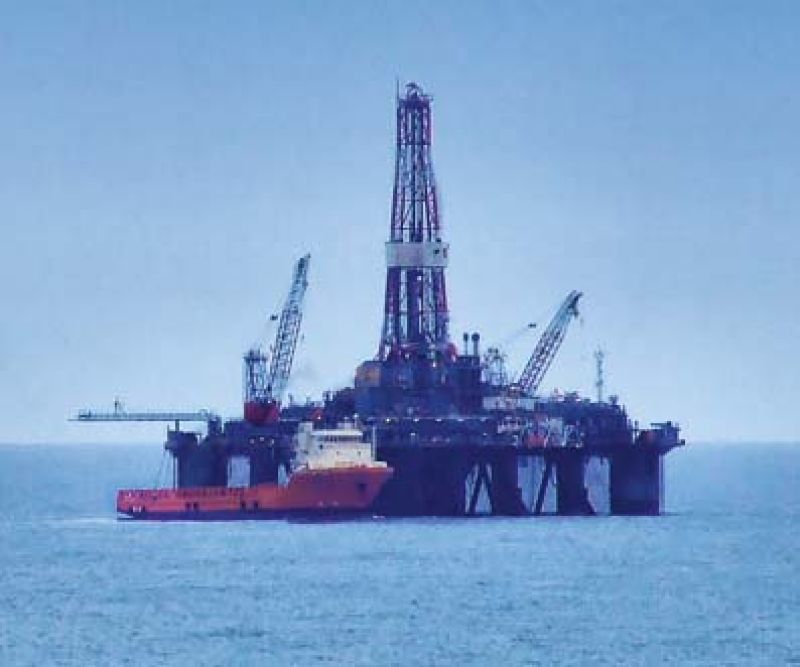 What are hydrocarbons?
Hydrocarbons are compounds containing hydrogen and carbon. They have high calorific value, thus can be used as fuel
What is hydrocarbon extraction?
The process involves drilling of holes to extract oil or natural gas from great depths scaling to thousands of feet. The whole aim is to reduce India’s dependence on import of oil and gas —79 per cent of our consumption are through imports
What does the process involve?
Clearing of land for the oil rig. Apart from the huge rig, two more holes — mouse and rat holes — will be dug to hold equipment and pipes. Drilling to the depth of 2000m. Groundwater that is present at higher levels will be encountered

Priyanka Gandhi, 10 others arrested as UP boils; video goes viral

Govt plans to slap higher penalty for cruelty against animals