Hyderabad: Helicopter joy ride now in reach of all and sundry

IT minister K.T. Rama Rao entering the helicopter to enjoy the ride.(Photo: DC)

Hyderabad: Twenty enthusiasts paid Rs 3,499 per head for a 10-minute helicopter joy ride over the city on the first day of the heli-tourism service on Tuesday.

The project was launched by the minister K.T. Rama Rao who was airborne  along with his colleague Ajmera Chandulal and tourism secretary B.Venkatesam. The heli tour is operated by Indwell Aviation Private Limited in association with the state tourism department. 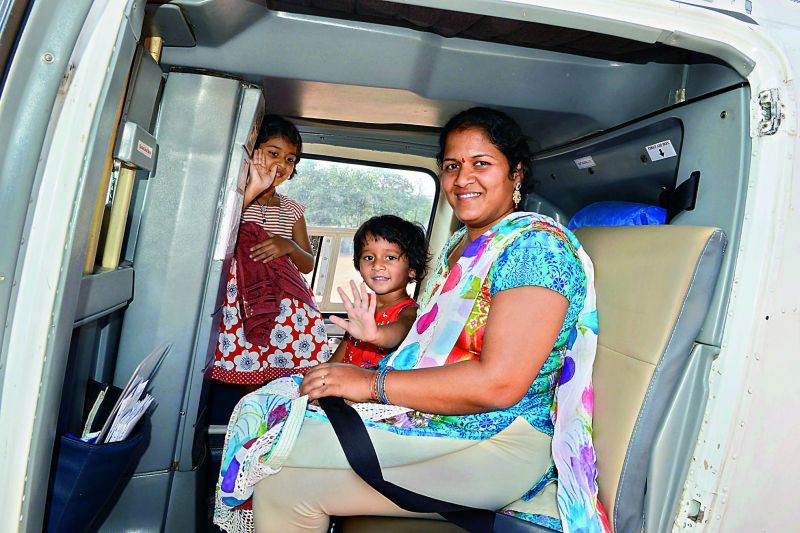 The ride covers Hussainsagar, Assembly buildings, Birla Mandir, Golconda Fort, Charminar, Salarjung Museum and the High Court. The four-seater helicopter, a Bell 406, operates from a specially made helipad near Jalavihar on Necklace Road.

The tours are operated from 9 am to 5 pm and bookings have to be made in advance. “I feel very happy to be the first tourist to purchase a ticket. This is the first time I had a bird’s eye view of city from a helicopter. The pilot guided us all through,” said Mr Chakradhar Reddy from Karimnagar. 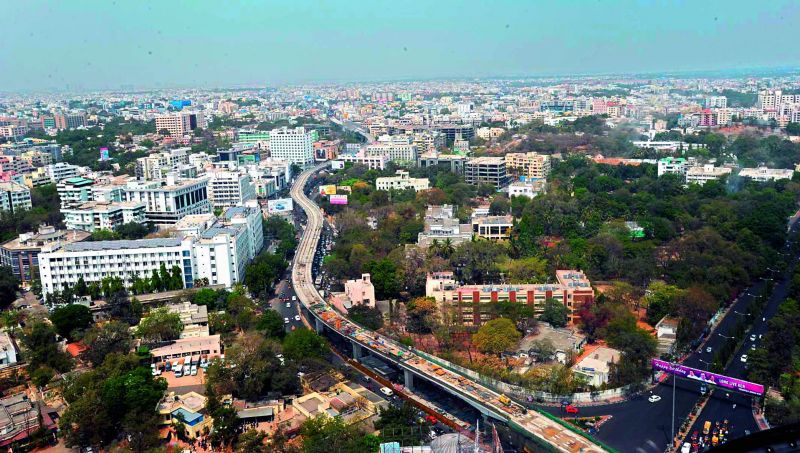 work on top: A view of the Metro Rail near Khairtabad from the copter. — DC

Mr Bapu Rao, another tourist from Karimnagar, said, he was excited to fly in a helicopter for the first time. “The city looked beautiful from above.”

Welcoming the initiative, Mr Rama Rao said the copter ride would add another facet to local tourism and the government’s plan for making Hyderabad a global city.“Flying is not a privilege of the rich now. The joy ride over Hyderabad proves this. It is within the reach of the common man,” he said, adding that the government would take up more such initiatives.

View from sky: An aerial view of the Osmania General Hospital from the copter.

“We are focusing on reviving Osmansagar, Hussainsagar and the Musi,” he said. On Hussainsagar, he said work on diversion of nalas was nearing completion. “We have lots of plans. The Buddha Purnima project was taken up in the past. We will take up more such initiatives and develop Sanjeevaiah Park,” he said.

Corona goes rural in Telangana, and quarantine is a huge worry

Amid pandemic, open-air classes for students gains momentum in Kashmir

These are Gandhi's glasses. You can bid for them on August 21

Sachin, Rahul, Priyanka meet up to clear up the Rajasthan royal mess