How often do you see a Godzilla-sized lizard knocking your door? On Wednesday a Thai resident captured a video of his encounter with a giant reptile, who was knocking on his door trying to get into his house.

Attanai Thaiyuanwong found this huge lizard trying to make his way into his place and within no time shared the photos of it on Facebook.

One can see that the lizard is almost the same size as the door and can easily scare the hell out of anyone. 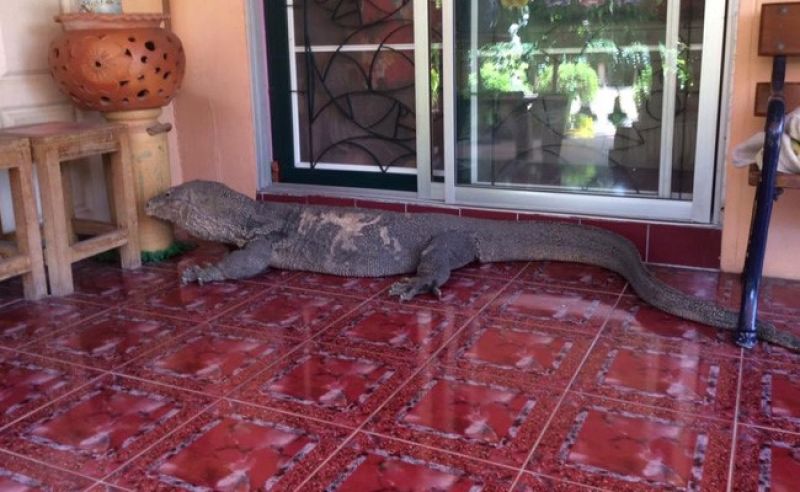 As soon as the photos hit the social media platform it went viral and then two hours later, Thaiyuanwong also shared the video of it.

The clip shows the lizard slapping its fat tail on a glass door. The footage shows Thaiyuanwong making the video and people speaking, also one can hear the family dog barking looking at the lizard.

According to Thai news website Coconuts Bangkok, the man says [translated]: “(The lizard) is in our house. It’s f-----g huge!”

A woman off-camera adds: “They say if you throw a coin at it, it will go away! It's like giving the lizard luck and fortune!"

“You should stand next to it, sister. You're the same size,” the man responds.

“It's cute!” the woman replies.

He jokes back: “Cute? Has it ever tried to reach the mirror and look at itself or what?”

Later in an Interview with the website, Thaiyuanwong said that the lizard was a frequent visitor to their house and they call it Selena, fter their favourite pop star Selena Gomez