DECCAN CHRONICLE. | ANISHA DHIMAN
Published Feb 3, 2016, 12:01 am IST
Updated Feb 3, 2016, 2:04 pm IST
Deelip Menezes’ heartwarming encounter in Vizag is allegedly hijacked by a B’wood actor who attempted to pass it off as his own.

post that changed it all: One of the photos put up by Deelip Menezes of the couple who offered him a free meal while he was en route Narsipatnam to Lambasingi (Visakhapatnam)

Trending online is a heartwarming post that biker Deelip Menezes put up on his social media page recently. Undertaking a five-day ride from Goa to Visakhapatnam, Menezes recounts his experience when he stopped by a village en route Narsipatnam to Lambasingi (in Visakhapatnam) to have breakfast.

“I asked for a cup of tea and something to eat. The old man pointed to the tea and then said something in his local language that I didn’t understand. I made the sign for food and he turned to his wife who was standing close by. She pointed me to a bench outside their hut, asked me to sit down and went inside the hut. After a few moments she emerged with a plate of idlis and chutney which I enjoyed along with the tea,” writes Menezes (40), managing director of a US-based company. 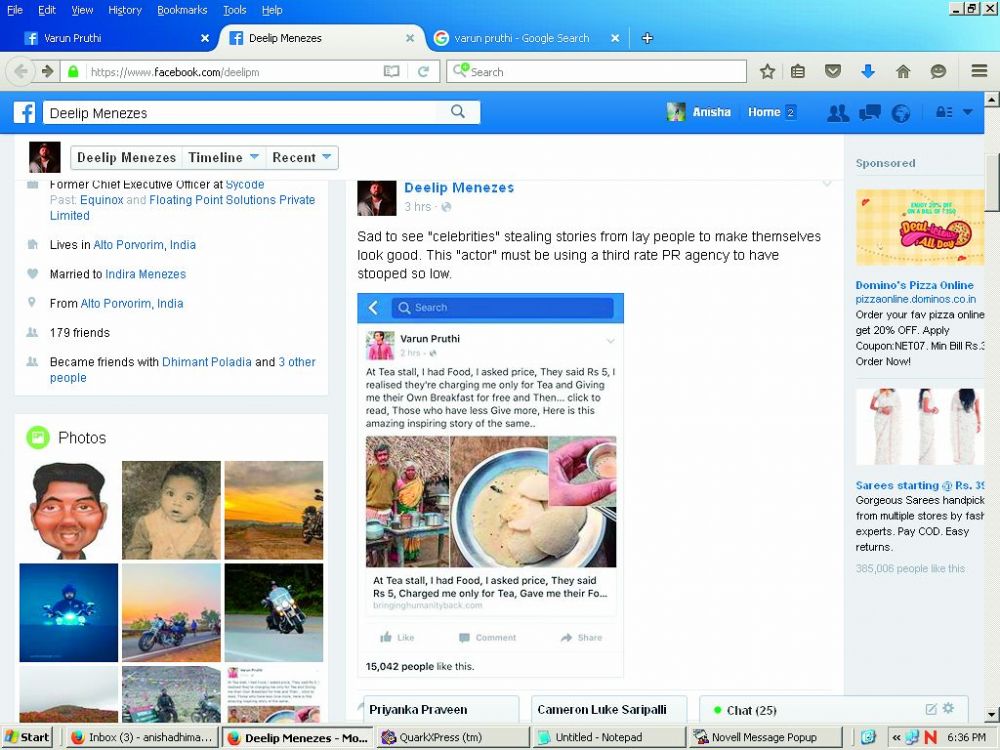 When the time came to pay for his meal, Menezes was stunned to realise that he was being charged only Rs 5.

“I realised that theirs was merely a tea stall and they had given me some of their own breakfast, which meant there would be less for their family to eat that morning,” says Menezes, adding, “I stayed quiet for a moment as I wrapped my head around what had just happened. I then reached into my wallet, took out some money and handed it to the old man. He refused to take it, but I insisted and after some pleading he finally gave in. As I rode up the ghat to Lambasingi I couldn’t stop thinking about the old couple and the life lesson I learned from them. You haven't truly given until you have given till it hurts.” 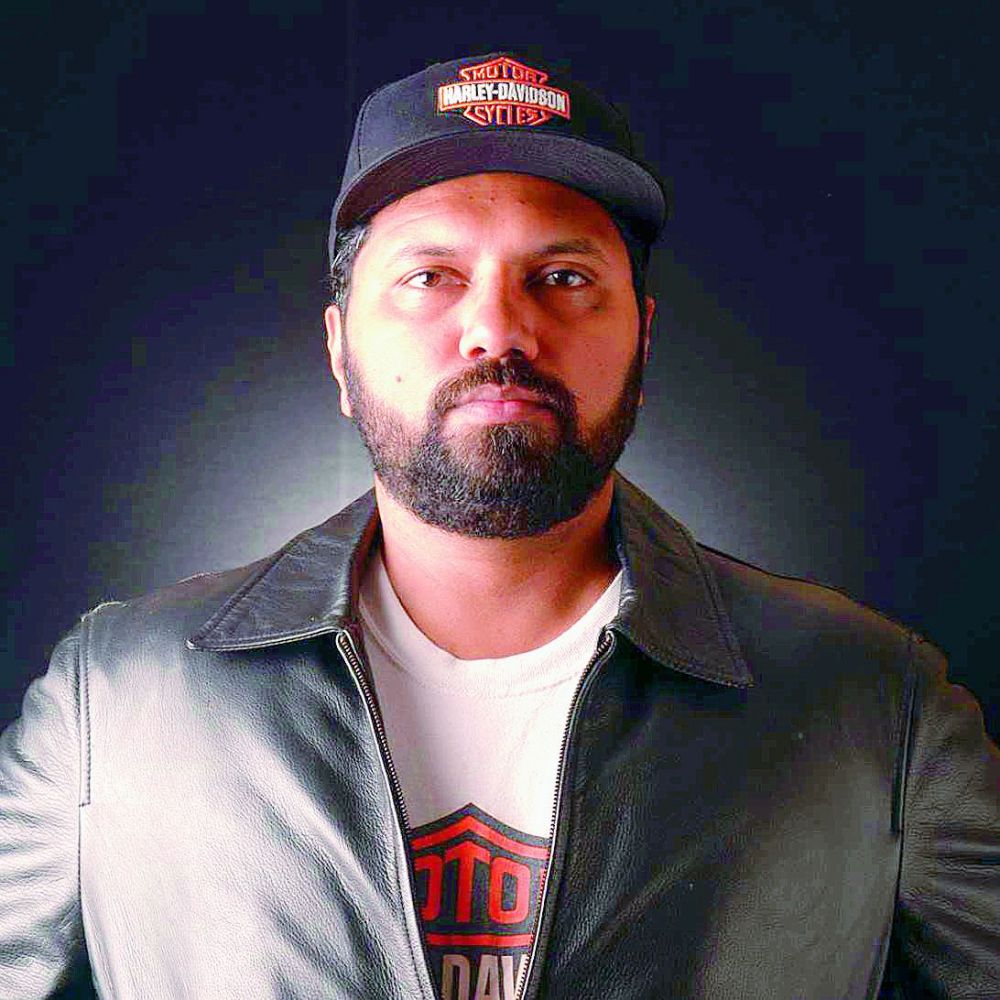 When Menezes, a resident of Goa, shared his experience on FB, he was completely unaware of what was soon to follow — how quickly his post would go viral and how he would end up confronting Bollywood actor-director Varun Pruthi for sharing the incident as his own.

Pruthi shared the incident on his official page without giving any credit to Menezes. “My post has been shared more than 30,000 times since I put it up three days ago. I have been receiving a lot of messages from people, and one of them was a tag onto Purthi’s post that made me realise that the actor’s PR team was using my post as their own,” he says. 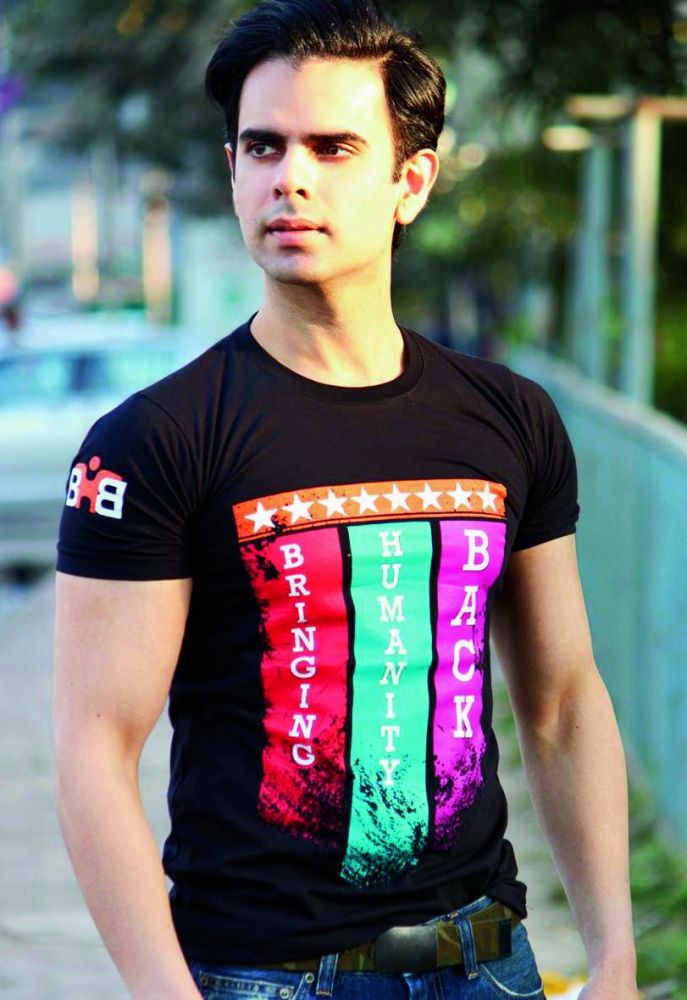 Menezes later shared the screengrab of the post and wrote, “Sad to see ‘celebrities’ stealing stories from lay people to make themselves look good. This ‘actor’ must be using a third rate PR agency to have stooped so low.”

“When I went through the link on the actor’s page, there were photos where they had gone to the extent of cropping out my bike. And only a link to one of my photos was given towards the end of the blog. So if you were reading, you would assume that the incident took place with Pruthi. And that’s how it appeared because people were congratulating him,” says Menezes.

The actor, in his defense, wrote back to the people who were questioning his motives: “The story source is clearly mentioned. Please do read the full story before questioning. We are just helping to make it reach more people so it can inspire everyone. Story source: Deelip Menezes.”

Not new to creating controversy, Pruthi was previously in the news for handing out money to the impoverished and claiming that “God sent him for them”.

While the post is no longer available on the actor’s page, Menezes admits that he is let down. “He is a celebrity and the way the post was shared was quite deceiving. In the end, they decided to take down the post,” he says.