Black comedy is a genre that's notoriously difficult to get right. Kangana Ranaut's latest film 'Judgementall Hai Kya' is a twisted dark comedy about two really nasty people. In the garb of psychological thriller, the film tries to highlight the importance of empathy towards people suffering mental illness. The best way I can think to describe the film is that it exists in a realistic place populated by unrealistic characters. It's a satirical, farcical black comedy that, despite its gruesome murders, is perpetually cheery. The opening and the way it is shot, scripted and acted had me thinking that it was taking a huge swipe at the 'perfect world' environment. But the film is perhaps smart and engaging for about five minutes, soon you realise that the very old conventions about mental health are stuck for the rest of the film.

Bobby Grewal Batliwala (Kangana Ranaut) is an eccentric half-Punjabi half-Parsi girl who lives in the shadow of her dark past. She is a dubbing artiste for south Indian movies who also dreams of working as lead actress. When a young couple Keshav and Rima (Rajkummar Rao and Amyra Dastur) come to live next door, Bobby gets cynical and starts suspecting their picture perfectness. A mysterious murder takes place in their building and Bobby inadvertently thinks Keshav as culprit. Is Keshav really a murderer or Bobby just imagining things? 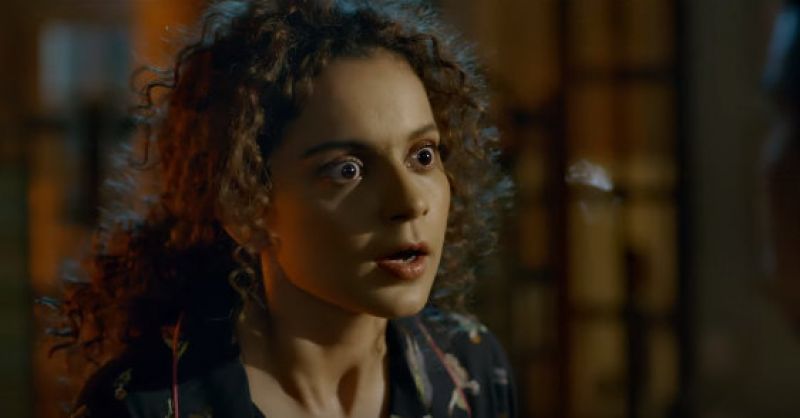 'Judegementall Hai Kya', directed by Prakash Kovelamudi and written by Kanika Dhillon, tries very hard to be a satirical black comedy and a meaningful commentary on how we perceive mental illness. Sadly, it falls short at all of these goals and rapidly degenerates into self-parody. The action around Bobby is okay but delivered more as a set-up for her various struggles in life, and the plot itself doesn't seem driven by anything other than her proclivities for a particular problem solving approach. Bobby is a eccentric person who prefers three-month asylum over Rs 20,000 fine. When asked about if she has friends, she emphatically says, "Zaroorat Nahin Hai". She is also an unreliable narrator and audiences are aware of it, but despite that the film unfolds with her perspective. The film brings in an underlying theme of the Ramayana, with a modern day twist. At one point in the film, Bobby tells Keshav, “Ab Sita Ravan Ko Dhundegi.” These motifs serve a very little purpose as the writer fail to show a little more of real emotion, or realistic doom and despair.

I had a big smile plastered on my face for about the first half-hour, which is the best part of the film, but the later half quickly loses steam. The film starts off with a great premise but later have a trouble resolving it. It's not so much that there's no effective resolution, it's that some of the more interesting moments come in the beginning and middle of the film. The film plays out as psychological thriller with numerous twists and turns, but these twists are more abysmal than real shockers. A story that might have served as the basis for a good film is stretched out interminably; and all this malarkey ends on a rather hurried, unsatisfying note.

The parts which should have been darkly humorous are simply dark and unpleasant, and usually dull. When it's not dark, the film is simply boring and it drags on far too long. This fundamental flaw in screenplay really harms the film before it even has time to get going. That's a shame, because there are many good things here: Cinematographer Pankaj Kumar's colour-saturated frames are lovely to look at, Daniel B. George's trippy background score sets atmospheric feel. And of course, there's Kangana Ranaut...her performance is wonderfully perky, and the candy-colored outfits that have been designed for her are a scream just in themselves! 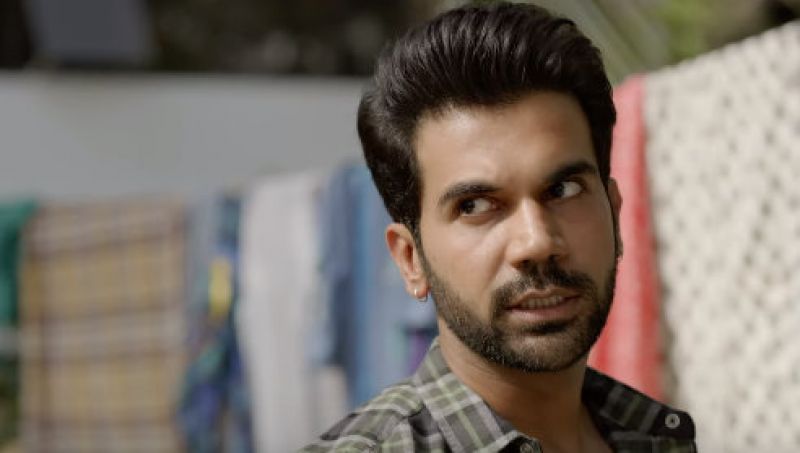 The actors are certainly good in their respective roles. Kangana takes the lead role, and does an excellent job. She makes us believe in a slightly unbelievable character. She looks the part, acts the part...and really, one can't think of a better actress to take the lead in this film. She brings a new name to the word bipolar. One moment she has a sweet aura, the next moment she's a total maniac. The actress has been very brave in tackling a role like this. Rajkummar Rao delivers a fun performance as he does a nice job playing up two contrasting sides of the character. Amyra Dastur and Hussain Dalal are good in their supporting parts. And Jimmy Sheirgill has a surprising cameo at a well-appropriated moment in a vital step of the heroine's fate.

But in the end, the journey of 'Judgementall Hai Kya' comes to nothing. The good aspects of the film just can't salvage the fact that the central story has not been worked out with enough rigor. The film spins its wheels beautifully, but it simply has nowhere to go.