Director Anubhav Sinha's latest film 'Article 15' talks about an extremely pertinent issue, that of equality and uprooting discrimination from the society. Starring Ayushmann Khurrana in the lead, the film focuses on Article 15 of the Indian Constitution which prohibits discrimination on grounds of religion, race, caste, sex or place of birth. In the times that we are living in, where our country is polarised and the cracks caused by the class divide is getting deeper; a film like this is a bold expression. 'Article 15' is a story about a man, like any of us, who struggles to do the right thing and it is scary how much the relevance of it rings true.

Ayan Ranjan (Ayushmann), an upright IPS officer is given charge of the Lalgaon Police Station in the rural heartland of India. In the village of Lalgaon, three teenage girls go missing. Ayan's colleagues, (Manoj Pahwa and Kumud Mishra) tell him the girls will turn up. But the next morning, when two of them are found hanging from a tree, it confirms that something horrible has happened to them.  In the dreadful situation, Ayan confronts caste disparities and uncomfortable truths about the people of the society. Will he able to prevent these caste-based crimes and discrimination? 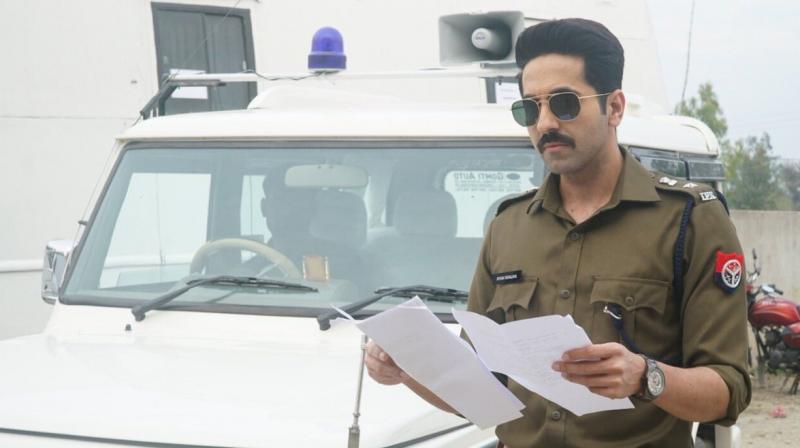 Director Anubhav Sinha once again showcases his composed assurance by putting forward a socially relevant issue and skilfully blends it with mainstream filmmaking. While his last film 'Mulk' focused on Islam-phobia by arguing against the common prejudices; in 'Article 15' he shows the horrors of caste-biased societal norms. The story is loosely based on the 2014 Badaun rape case, where two girls were allegedly gang-raped and hanged to death from a tree. On paper, this based-on-true-events drama read like an ideologically tacky film. But under the skilful hands of director Sinha working on a script by him and the co-writer Gaurav Solanki, 'Article 15' becomes one intriguing thriller. Sinha gives a meticulously composed drama which establishes a tense atmosphere from the start and keeps the viewer engaged throughout. The twists and shocks of this story are delivered with emotional precision, each one landing like a heavy punch in the gut, making every minute crackle with intensity.

The relevant political subtext is the most interesting aspect of the film which surprisingly works well as unexpected deadpan comedy. The interaction between smart and unpredictable characters is the main focus and certain situations are rightly peppered with winning wit and humour. The film is shot in the outskirts of Delhi, and cinematographer Ewan Mulligan has evocatively captured the spirit of these places. The gloomy atmospheric effect of the cinematography goes with the gritty subject of the film. 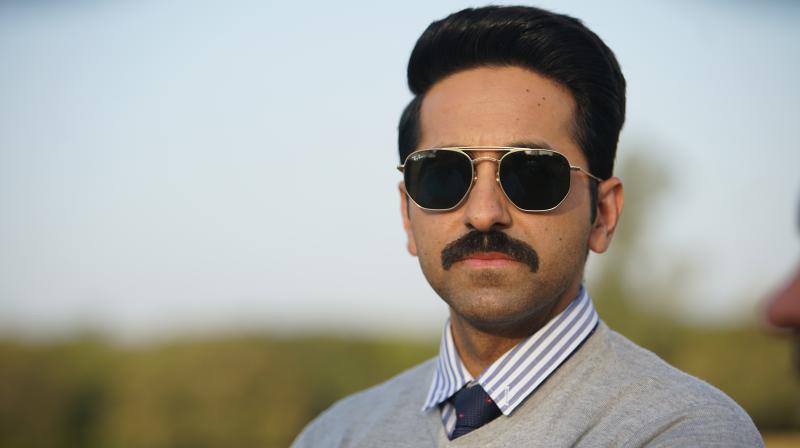 Like a lot of stories burdened with a purpose, 'Article 15' is a slow starter. The film's somewhat slow pacing, lack of urgency and generally anti-climactic premise take its toll in a 130-minutes long film. An array of characters are introduced, but despite the acting prowess of Sayani Gupta and Mohammed Zeeshan Ayyub, who play victims of social injustice, the script gives them a little to work with. The narrative gathers pace in the second half. When a film is as edifying as this one, its timing so accurate, and its atmosphere conjured with such skill, you do not really wish to register a complaint. 'Article 15' is absolutely what it appears to be - a relevant story told well by talented people.

The good acting intensifies the drama, with Ayushmann Khurrana's remarkable performance making a worthy centerpiece. It's rare to see a protagonist who's so gently human, so righteously patriotic, and so believable. And Ayushmann encapsulates all these qualities in his performance with par excellence. Isha Talwar, who plays Ayushmann's wife, performs her role with required restraint and nuance. In the supporting cast, Manoj Pahwa, Kumud Mishra, Sayani Gupta are competent.

Overall, 'Article 15' is a gripping social thriller anchored by excellent performances and a strong script that's rich in social commentary. With Anubhav Sinha's straightforward and unflashy directorial style, the film proves to be an effective drama. It may be devoid of spectacle, but it is still full of zeal and warrants a must watch.