Touching film on a spastic child

Mammootty and Anjali in Peranbu

I was a hypocrite all these days and it was a question mark whether I would be able to follow up what I address in my films till Peranbu happened.  An acquaintance in a train inspired me to make a film on those who suffer from spastic paralysis, which is not a disease but a disorder. But I call it nature,” remarked national award winning filmmaker Ram on his upcoming flick Peranbu.

The film, with the celebrated actor Mammootty and Anjali, Sadhana in the lead, won critical acclaim when it premiered at prestigious film festivals in Rotterdam, Shanghai and Goa. Ram speaks to DC about the film that is gearing up for Indian theatrical release on February 1.

“Peranbu is all about compassion and resurrection. I didn’t know anything about the disorder called spasticity until I met a co-passenger in a train in 2003, who was narrating a few incidents. It was like an eye-opener for me about how spastics either seclude themselves from others or we in society don’t notice them. That’s when I decided to make a film on it,” Ram reveals.

The film documents the life of a spastic child and the struggles that the child and her father face and how the latter rediscovers himself.

“Even as I wrote the script, I wanted only Mammootty to perform the role of the father Amudhavan as it was my dream to work with a versatile actor like him. I approached him as a performer, rather than a star. I didn’t know how to reach him then. I moved on to Thanga Meengal and actress Padmapriya did a special cameo in it. Since she is also a popular name in Malayalam, I asked her help to reach ‘Mammookka’. She put me on to a person called Vivek, but nothing happened for two years.  I then started my film Tharamani, when I got a call from Vivek asking me to meet Mammootty. I just narrated the line for 20 minutes and he loved it.” 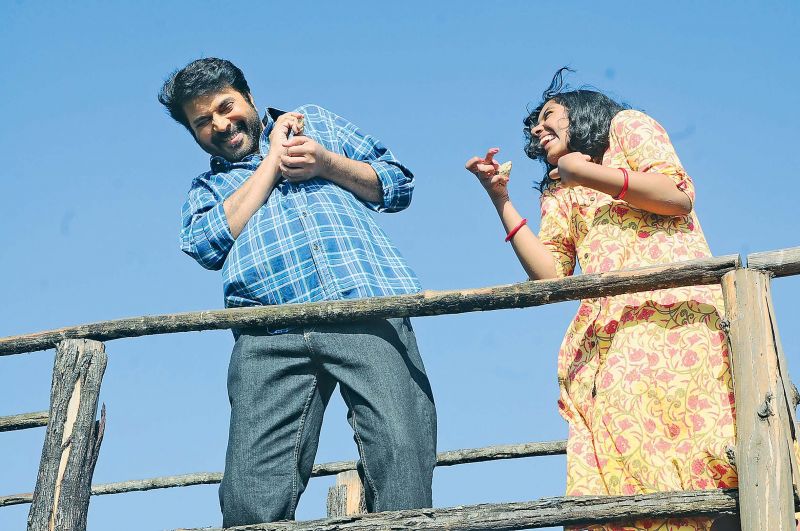 Mammootty and Sadhana in Peranbu

I waited for four years for Sadhana who did the schoolgirl in Thanga Meengal to grow up for Peranbu, he adds. “I felt Sadhana could do justice to the role of Pappa, the daughter character. She has done a great job.”

On Anjali who plays a crucial role he says, “She debuted with my film Kattradhu Tamizh. Because of love and respect for me she would be part of my films. She essays a vital role of a tricky character that any other actress would have hesitated to touch.”

On reactions of international audiences, he says, “It was an overwhelming response from audiences across the film fests. In Rotterdam, I was getting all the attention. I travelled free on the local train and food and wine was served free at the hotel where I stayed. In China, the people who watched the film were so happy that they were taking me to their homes for lunch and dinner (smiles).”

So, what’s the takeaway from the film, we ask. “After watching the movie, every audience would feel blessed and relaxed. They will have positive energy levels. It would make them approach life in a better manner.”