I am keen to play Jayalalithaa madam: Ramya Krishnan

A poster of Ramya Krishnan photoshopped to look like the late Chief Minister  J Jayalalithaa has gone viral on social media. The poster is that of an imaginary film titled Mother. Created by the franchise called Fully Filmy,  the poster also has the tagline: The story of a queen! Further, the creator has also taken the liberty of crediting Karthik Subbaraj as the director of the hypothetical project. 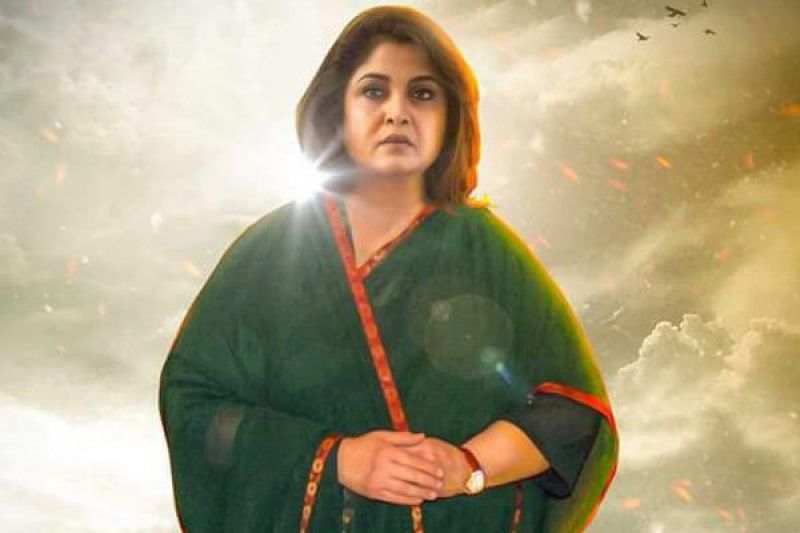 However, many fans seem to agree with the creator’s fantasy, and have expressed on social media platforms that they would indeed like to watch a film like that, with Ramya playing Amma. There’s yet another factor which goes in favour of this fantasy — the uncanny semblance of both Ramya and Amma’s voices. When Ramya was contacted for her reaction on this, the Baahubali actress said, “I am also aware of it. I got the poster on my WhatsApp; it was sent to me by my friend. It must be a fan-made poster.”

Although it was a figment of someone’s imagination, the Padayappa actress seems to be excited and is keen to play Amma. She said, “On earlier occasions, many journalists have asked me about my dream role — I didn’t have an answer then. But now I can say that I want to portray Jayalalithaa madam and that is the dream role I would want to have in my career. Though it is a highly challenging feat, I will not hesitate to sign on the dotted line, provided a good filmmaker with a lot of sensibilitiy and a well-made script approaches me. I am not in for those who just want to create noise. After all, Jaya madam is one of the most admired and revered ladies of our times. Amma was a bold and highly intelligent lady who was an inspiration to millions of women including me. And if I get an opportunity to reprise her, it is a very big honour for  me!” Let’s hope this fantasy comes true!