Sanjay met his fan outside his residence in Mumbai today. (Photo: Viral Bhayani)

Mumbai: The day Sanjay Dutt returned home, we saw a crazy fan frenzy go down outside his house in Mumbai. For Sanjay’s fans, friends and family, it was time for celebration.

Sanjay, who returned back home after serving his sentence, was warmly welcomed by a huge crowd of fans. Amidst the crowd was a auto driver named Sandeep Bacche, who might just be one of Sanjay’s biggest fans. Apart from having inked the actor’s face on his arm, the guy ditched foot wears ever since the actor was sent to jail.

Yes, Sanjay this fan never wore shoes or chappals until the actor walked out of the jail. With a hope to catch a glimpse of Sanjay, Sandeep stood outside the actor’s house the day of his return. However, due to huge gathering of fans and media, Sanjay couldn’t meet his fans. But a generous person that the actor is, Sanjay arranged a special meeting at his house to meet his biggest fan. 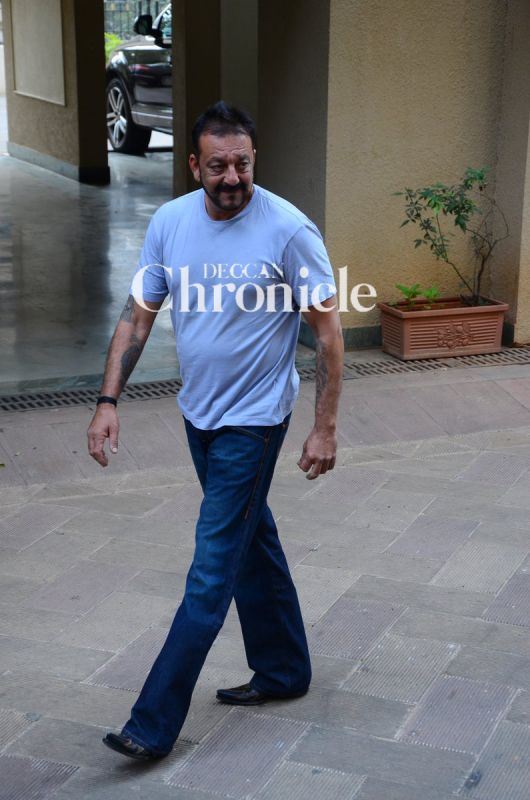 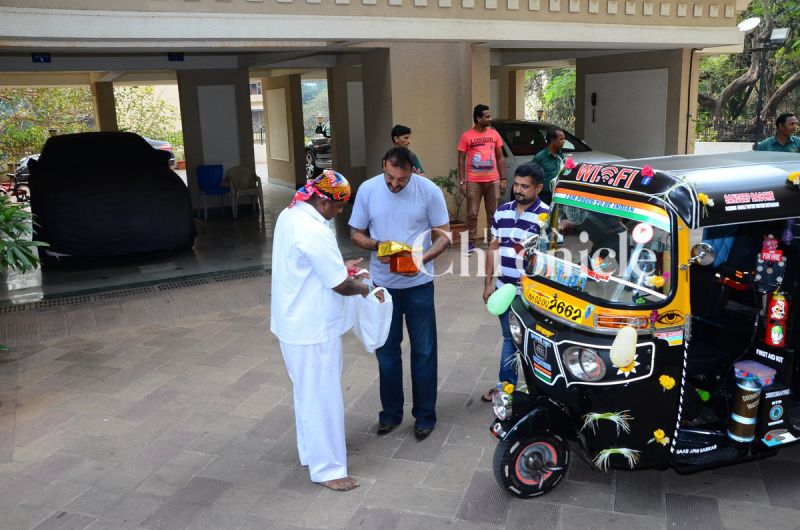 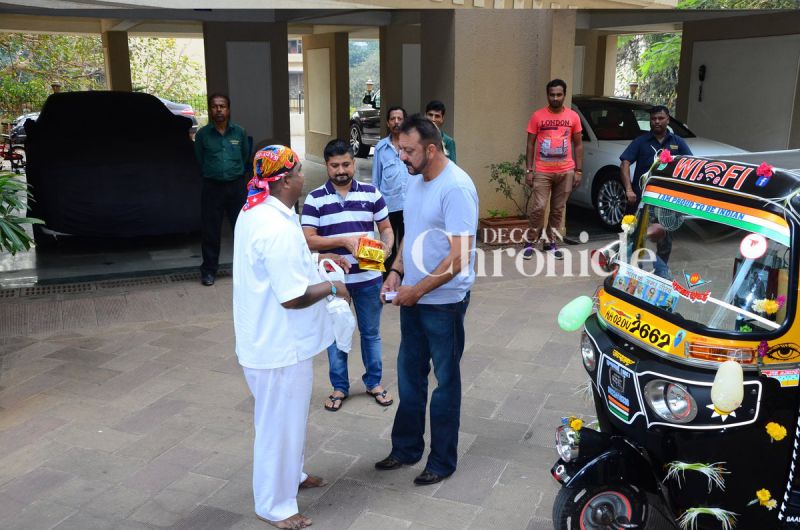 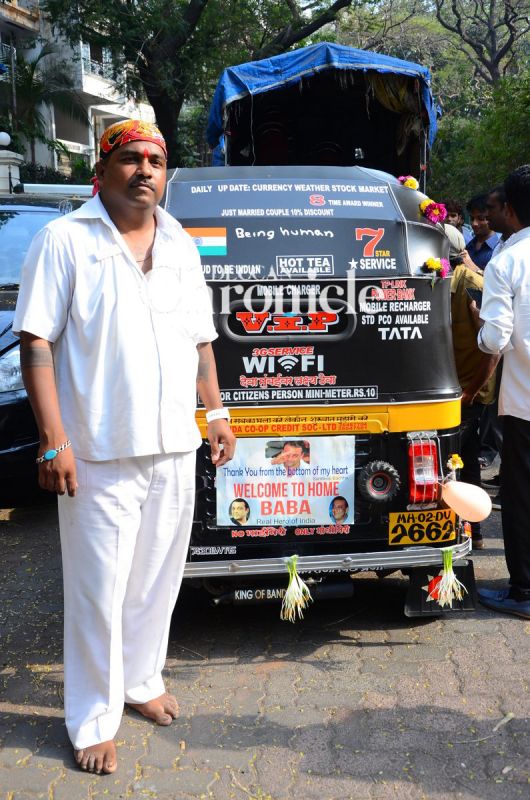 On Sunday, Sanjay Dutt met his fan Sandeep Bacche outside his residence. The actor and his fan met and greeted each other. It was a dream come true moment for Sandeep, who welcomed Sanjay home with warm hug and gifts.