Shabana Azmi expressed on Twitter her disapproval of Fadnavis being part of the negotiations.

Mumbai: After facing uncertainty over its release for the past few weeks, Karan Johar’s ‘Ae Dil Hai Mushkil’ is all set to release on its scheduled release date of October 28. Raj Thackeray’s political party Maharashtra Navnirman Sena had opposed the release for featuring a Pakistani actor Fawad Khan in it, but the party finally relented when Karan Johar along with Producers Guild President Mukesh Bhatt met Maharashtra Chief Minister Devendra Fadnavis at his residence along with Thackeray and the producers of the film.

The party put forth demands that a mention paying tribute to the martyrs of the attacks in Uri would be shown at the start of the film, and that any producer casting a Pakistani actor in the film should pay Rs. 5 crores to the Army Welfare Fund.

This demand to pay 5 crores has not gone down well with several Bollywood celebrities, some of them terming it as ‘extortion’.

Shabana Azmi, too, took to Twitter expressing her unhappiness over the demand and even slammed Fadnavis for ‘brokering the deal’ between the makers of ‘Ae Dil Hai Mushkil’ and Thackeray, and for showing scant regard for Home Minister Rajnath Singh’s assurance of a safe release for the film. 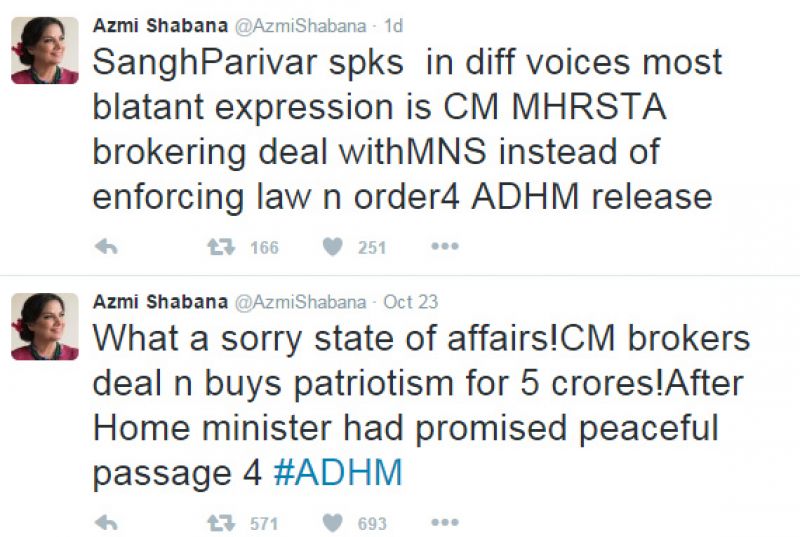 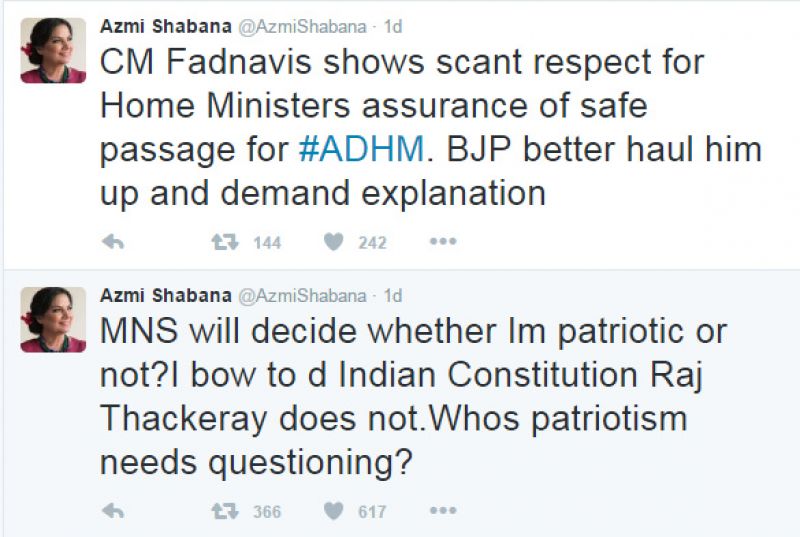