The film has been reported to be a biopic on yesteryear's action star Hunterwali Nadia. (Photo: Viral Bhayani)

Mumbai: Kangana Ranaut might be going through an unprecedented wave of success in her career, and she has fresh reasons to smile.

The actress's first look from 'Rangoon' is finally out, and it very much seems like a tribute to Mary Ann Evans aka 'Hunterwali Nadia,' the action queen from the '30s.

The screen-name of her character in the film will quirkily enough be 'Jaanbaaz Miss Julia'. 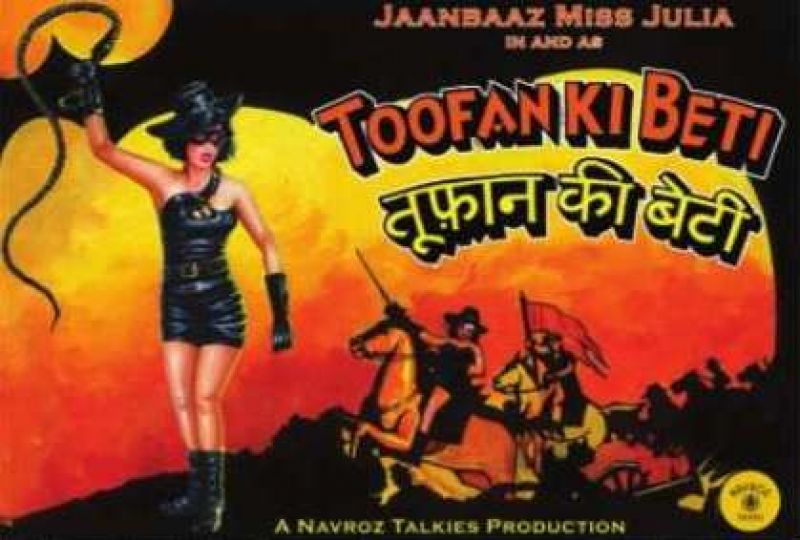 The film, director Vishal Bharadwaj's dream project, is eagerly awaited since his films are inherent stunners and cinephiles are known to await them with bated breath. The film also stars Shahid Kapoor and Saif Ali Khan in lead roles.

Reportedly, Shahid plays an Indian armyman, fighting for the British army, she had initially fallen in love with. She later falls for director Jamshed JBH Wadia’s younger brother Homi, portrayed by Saif, whom she meets after landing in India.

Homi had fallen for her himself, and began casting her in his films, written with her in mind. They ultimately get married in the film.

‘Hunterwali,’ was said to have been amongst Nadia’s first roles. She had performed some daredevil stunts in the film, thereby fetching the title.

■Post Simran wrap, Kangana Ranaut gears up for Rangoon
■Kangana's Rangoon a biopic of B'wood's first female action star, Hunterwali Nadia?
■Kangana Ranaut had to change in the open during the making of Rangoon
■'Don't want to fall short of people’s expectations': Shahid Kapoor on 'Rangoon'
■Shahid, Kangana and Saif starrer Rangoon to release on February 24