Mumbai: Are there close vibes between actors Salman Khan and Urvashi Rautela?

Salman, no doubt, has always been encouraging of new talent and it is believed he finds her acting and fitness skills very appealing.

“Recently, Urvashi was snapped at Galaxy Apartment and she is often found giving a visit to the place,” a close source said. 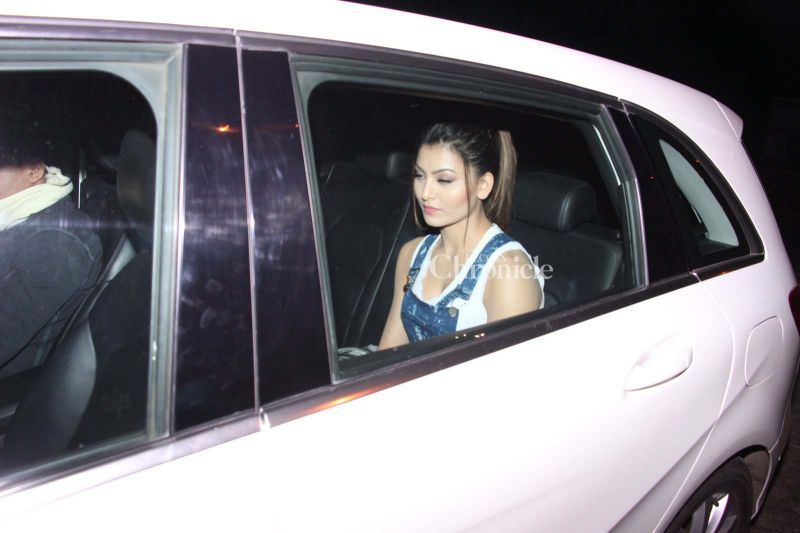 Urvashi’s career has not exactly launched on a big scale and if sources are to be believed, these interactions with Salman could just be the perfect vehicle for launching her career in a big way. Salman has promoted young actors like Daisy Shah, Pulkit Samrat, Sooraj Pancholi among others.

The superstar was rumoured to be dating Romanian actor-TV presenter Iulia Vantur the last few years, though there have also been reports recently that the couple is going through a rough patch and have broken up.

■Salman Khan is tremendously likeable: ‘True Detective’ director Cary Fukunaga
■Trump or Clinton: Salman Khan reveals who he is supporting
■Salman and I are in a relationship is the last rumour I want to hear: SRK
■Pic of the day: Salman and Sohail spend some quality time with nephew Ahil
■Inside pics: Salman Khan rings in Diwali with Khandaan and friends in Goa