Mumbai: Hrithik Roshan is known to be among the most gracious and munificent actors in Bollywood.

Hrithik, who was last seen in Sanjay Gupta's 'Kaabil,' is yet to officially announce a film.

However, that hasn't stopped the superstar from playing a cameo in friend Vikram Phadnis' upcoming debut directorial, 'Hrudayantar'.

The actor took to Twitter to announce the same. 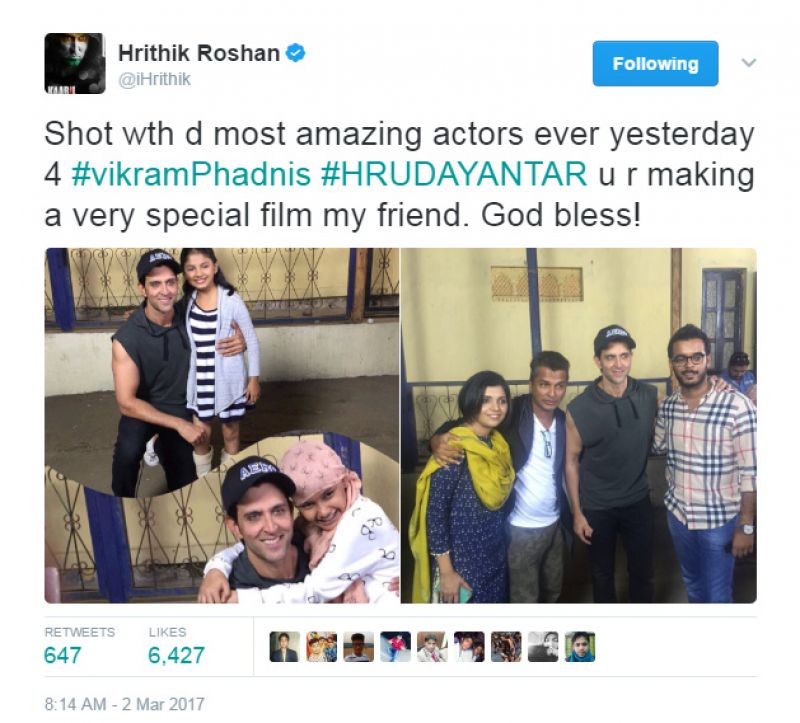 Incidentally, Shah Rukh Khan had clapped the board during the film's Muharat. Bipasha Basu is also rumoured to be doing a cameo in the film.

Hrithik is only confirmed to star in Rakesh Roshan's 'Krrish 4,' as of now.