The practicality of SUVs makes them a popular body type among Indians. They are more spacious than a sedan or an MPV, offer imposing looks and, to top it all, they can take on any terrain with authority. Before you buy a new SUV, check our list of the upcoming utility vehicles in the country.

Tata will be entering the compact SUV segment with a model based on the Nexon concept. The company is said to be concentrating more on the looks of the Nexon, which, they hope, will attract more buyers. Design wise, the final production-spec Nexon will stay true to the  updated concept that was showcased at the 2016 Auto Expo. The Tata Nexon will be offered in both petrol and diesel engine options. The petrol variant will most likely be the new Revotron, turbocharged, 1.2-litre engine making 90PS of peak power and 140Nm of peak torque. On the other hand, the diesel variant is the tried and tested 1.3-litre engine which makes 90PS of power and 200Nm of peak torque. Both variants will likely feature manual and AMT transmissions. Pricing for the petrol variant will be around Rs 6.5 lakh while the diesel will cost around Rs 7.5 lakh. 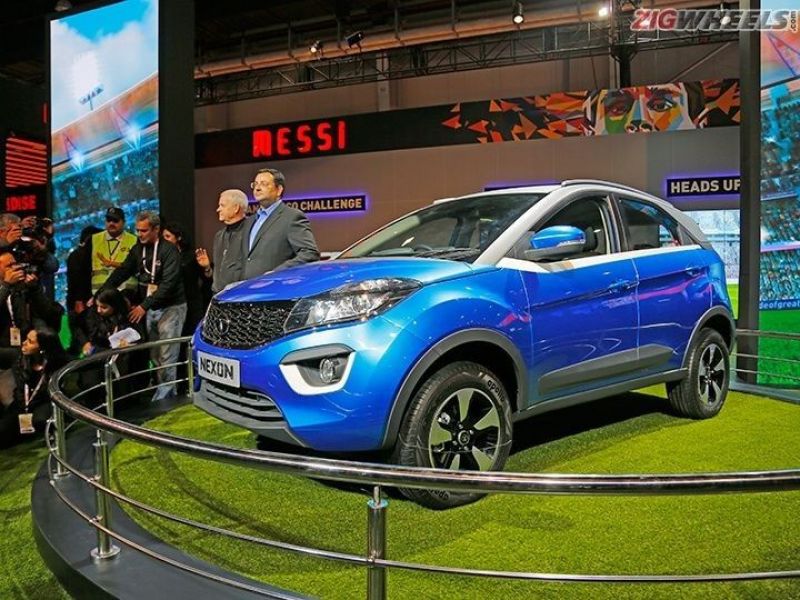 Volkswagen (VW) first showcased the Tiguan at the 2016 Delhi Auto Expo. The Tiguan is a compact SUV based on Volkswagen's universal MQB platform, the same as the current Skoda Octavia and Volkswagen Passat. Mechanically, the car might get the tried and tested 2.0-litre TDI engine. The base variant will be offered as a front-wheel drive, but the higher variants of the Tiguan are expected to get all-wheel drive as an option. The all-wheel drive variants will also get selectable modes for different terrains, which should enhance the Tiguan's abilities as an off-roader. The SUV is expected to be priced around the 28 to 30 lakh mark (ex-showroom). Once launched, it will go up against the likes of Toyota Fortuner, Ford Endeavour, and the Chevrolet Trailblazer. 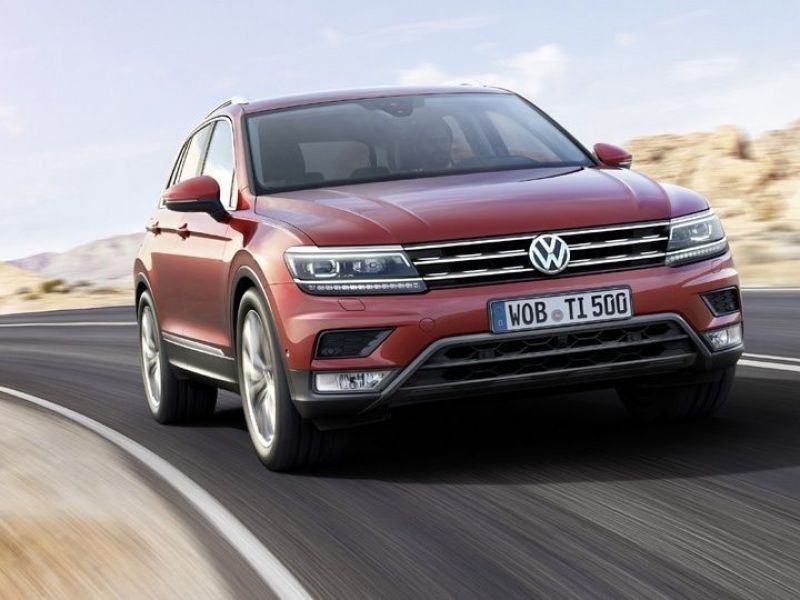 Hyundai had showcased the third-generation Tucson at the 2016 Auto Expo that was held earlier this year in February. The Korean automaker will slot the SUV between the popular Creta and the Santa Fe. The car will be priced around the 16 to 18 lakh mark. The design of the Tucson will follow Hyundai’s Fluidic Design language and will also take cues from the Santa Fe and the Creta. The car will also feature projector headlamps with LED tail lights, LED Daytime Running Lamps (DRL), a panoramic sunroof and an electrically operated tailgate. On the inside, Hyundai has equipped the car with a touchscreen infotainment system, navigation, steering-mounted controls and automatic climate control. It will be launched with both the petrol and diesel engine options. Mechanically, the SUV is expected to get a 1.6-litre petrol and a 2.0-litre diesel engine and will be offered with both manual and automatic transmission options. The Tucson will be locking horns the likes of the Honda CR-V and the Skoda Yeti. 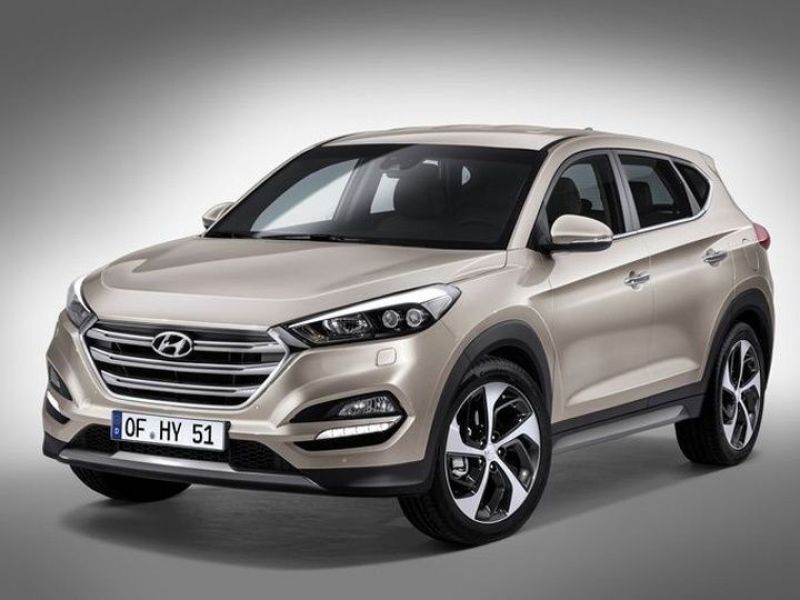 The new Fortuner is one of the most awaited upcoming SUVs in India. The Japanese automaker will replace the old Fortuner with an all new next-generation model. The SUV is based on an all-new platform that is lighter and more spacious and features a much more modern-looking exterior compared to the old Fortuner. The 2016 next-gen Fortuner gets a new 2.8-litre, direct injection, four-pot, turbocharged motor that will produce 177PS of power. It will also get a manual and an automatic gearbox option producing 420Nm and 450Nm respectively. The car is expected to be launched by late 2016. The SUV will be pitted against the likes of Ford Endeavour, Chevrolet Trailblazer, and the Honda CR-V. The price of the SUV will hover around the RS 27 to Rs 30 lakh mark, ex-showroom. 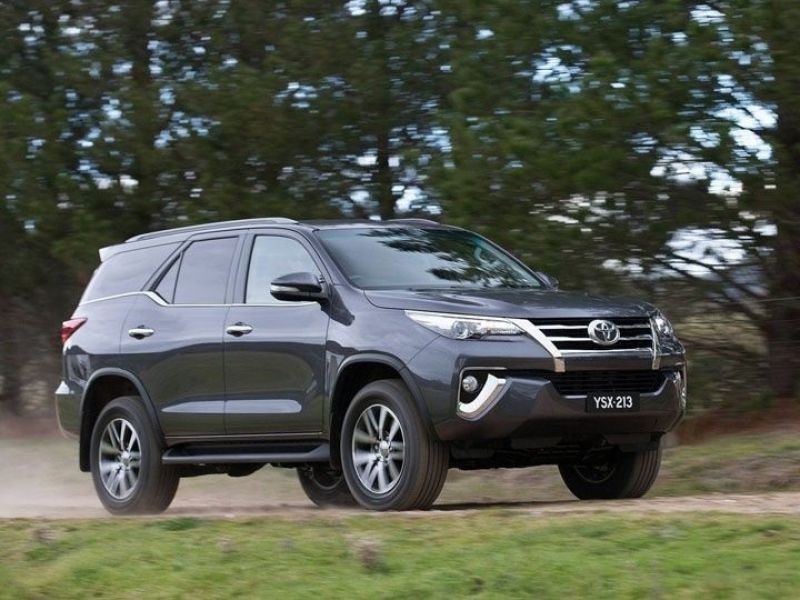 The Kodiaq is a full-sized SUV from the Czech manufacturer. The SUV is the first 7-seater vehicle by Skoda and is based on the Vision S Concept. The India-bound Kodiaq is likely to reach our shores by August 2017. This car is built on the MQB platform and measures 4697mm in length, featuring a long wheelbase and small overhangs, which results in a spacious cabin. The Kodiaq features a large touchscreen infotainment display which is positioned on the centre console, an optional 3-zone climate control with an additional control panel for the rear occupants and a 7-seater module - 60:40 split seats for the middle row and two folding seats for the third row. Mechanically, the SUV is expected to get a 1.4-litre petrol engine which will produce 180PS of power with 250Nm of peak torque and a 2.0-litre oil burner, capable of churning out 150PS of power with 320Nm of torque. The SUV will be available with a 6-speed manual gearbox and a 6 or a 7-speed DSG transmission. While the lower variant will come with front-wheel drive, the top end variant will feature an all-wheel drive. The Kodiaq will face a stern competition from the likes of the Ford Endeavour, next-generation Toyota Fortuner, Mitsubishi Pajero Sport and the upcoming Volkswagen Tiguan. 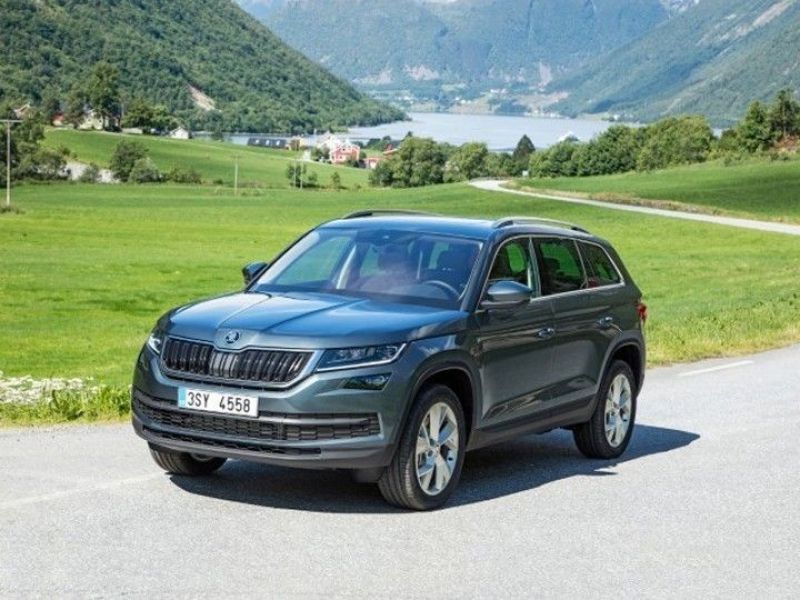 Hyundai unveiled the Carlino compact SUV at the Auto Expo earlier this year. The Carlino, codename 'HND14', will be placed below the Creta in Hyundai's product portfolio. The Carlino is based on the Elite i20 platform and is likely to share cues with the hot-hatch. However, Hyundai remains cagey about the mechanical details of the car, but we think it could share 1.2-litre/1.3-litre engines with other offerings from the Hyundai family such as the i20 Active and Creta. Ford EcoSport and Maruti Vitara Brezza will be its direct competitors, once its launched. The Hyundai’s sub-4 metre compact SUV might come within the price range of Rs 7 to Rs 11 lakh (ex-showroom). 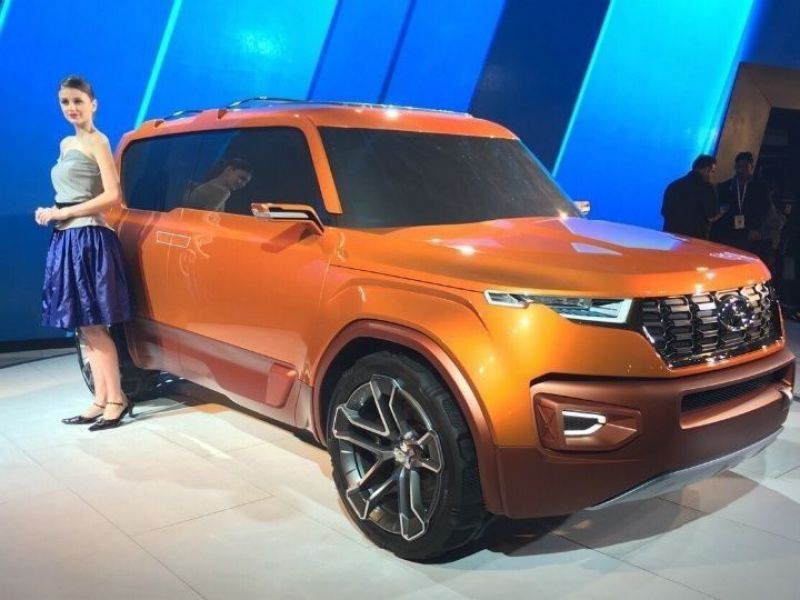