Converge VR Headset: A virtual reality solution, made in India

A representational image. (Shown above is the Oculus Rift VR Headset)

Virtual Reality, or VR, is the next phase that will take over the gaming and multimedia industry. VR which can be referred to as immersive multimedia or computer-simulated life, replicates an environment that simulates physical presence in places in the real world or imagined worlds. Virtual reality can recreate sensory experiences, which include virtual taste, sight, smell, sound, and touch. Most up to date virtual reality environments are displayed either on a computer screen or with special stereoscopic displays, and some simulations include additional sensory information and focus on real sound through speakers or headphones targeted towards VR users. 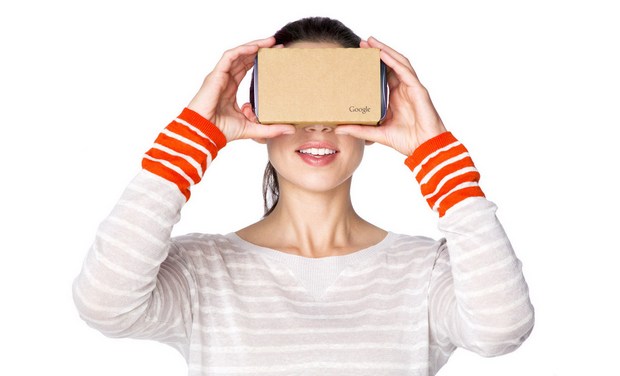 Google had opened the VR possibility to everyone with the introduction of Cardboard. The Google Cardboard is a cheaper solution to VR experience and is built using a simple corrugated cardboard, designed in the shape of wearable goggles and features two convex lens with a certain focal length. All one needed to do is to mount any smartphone on the front of the Google Cardboard and run the Cardboard app to experience Virtual Reality. The VR experience is displayed by a virtual reality app (game, video or demo scene), which needs to be downloaded from the respective play stores. Once installed, the app displays a stereoscopic (side-by-side video) which the Cardboard displays each frame for each eye (left and right). The two frames merge in your mind, creating a real 3D experience. To add to the 3D display, the app makes use of the smartphone’s internal sensors (such as gyro, accelerometer and compass, along with the magnetic sensor and touchscreen) to allow a person to interact with the 3D artificial world. So if you move your head around, you can see the world around you, in 3D, making you believe that you are in it. By taking Virtual Reality to the next level one can experience first person gaming, videos and a lot more, by allowing you to be in it and interacting with the virtual world. 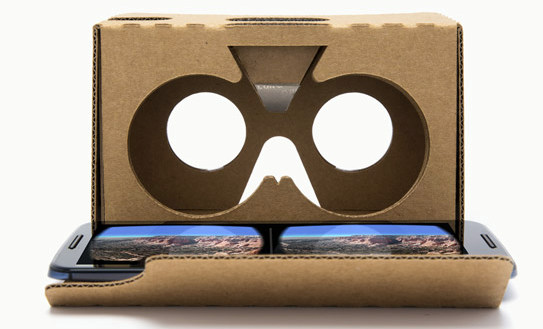 There are a few areas where the industry has accepted virtual reality. CommonFloor, a property and real estate hunting portal in India has already adopted the VR mode to help customers virtually check out the property before they opt to buy, rent or lease it out. In another move, an online shopping website is further developing the idea to help people virtually buy stuff from a shopping store and the goods will be delivered home. This feature will additionally implement people using a pair of gloves with sensors built into them. For example, you wear the VR headset and start the online shopping app. The app virtually puts you into the shopping area, where you, with the help of the gloves, can lift the products and place them into the shopping cart, before you finally check out and swipe your card. This VR-AR method gives you the experience of physically shopping online.

In order to experience Virtual Reality you will need to own a VR headset. There are several VR headsets available in the market, and each cost from the basic cardboard-made Rs 99 to a whopping Rs 65,000 (from Samsung) and even more. The expensive ones include a comfortable head gear, better lenses, audio and a remote control with it. 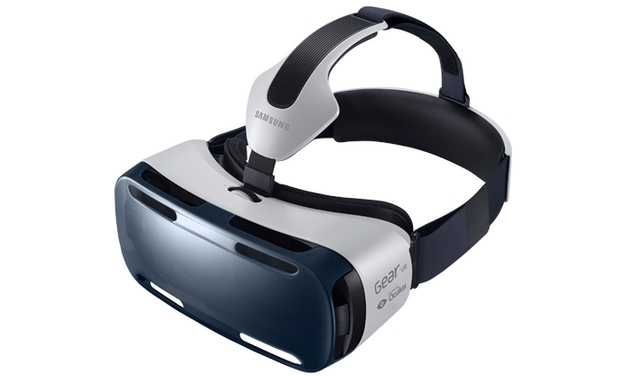 A startup company by the name of Converge has taken this simple, yet futuristic, gadget (or accessory) seriously. The concept, though developed abroad, is being modified, improvised and most importantly, kept cost-effective. Converge is an Indian startup, based out of Mumbai, and is serious on making the VR experience affordable for the masses.

Converge Mediatech was founded by 29-year-old Nilesh Yadav, who is also working part time as a CTO for a Colorado based software firm. The graduate of Computer Science and Advanced Diploma in software development from University of South Australia teamed up with a few friends to take the idea ahead, after which, they took up a small apartment in Mumbai as their workshop and office. His partner and co-founder Ravi Sharma, 28, is an Engineer from RGIT Mumbai, while the third co-founder Anuj, 28, holds a Polytechnic Diploma and is a Graduate in Business Management, who is also working in an MNC specializing in Polymers. The three are presently working together in their spare time to make their dream come true. They will soon leave their present jobs to concentrate full time on the future of the company. Converge is presently a bootstrap startup and has no investors. The investment for all research and development and other finances are taken care of the co-founders by their present job incomes.

ConvergeVR is the first product from the startup. The ConvergeVR is a VR headset, comprising of a simple plastic build with lenses and a head strap, enough to give you a simple walkthrough through VR mode. The developers are serious about their product and are continuously developing the headset for comfort, clarity, functionality and most importantly, quality. Presently the VR headset ConvergeVR is in Development Kit 2 stage and DK3 is almost ready for trial. The founders claim that the DK3 will start shipping soon, post which, after customer feedback, the DK4 will be produced. DK4 is not yet in the works, as the company does have plans to go with a final release by October 2015, where they will enter mass production mode.

The first (final) version will be available with a handheld Bluetooth controller (with gyro) and will be available in a compact design and with a carry case. There will also be an option for multiple lenses, replaceable foam cushions, better headbands, and possibly a foldable version for easy portability. The company also plans for a DIY version, where enthusiasts and fans can personally build the headset at home. Converge plans to also develop a few VR–based apps and games and a play store with VR interfaces to take the experience further.

The developers at Converge make all their headsets with plastic sheets, using a laser cutter for precise cuts and fits of each component. We received a DK2 version and were pretty excited with what they have achieved this far. Though the product was not a completely finished headset, Converge claims that the headset is presently in development mode and is not the final version. The DK2 version presently costs Rs 1,800 (Rs 1,499 on eBay for a limited time offer) and those who opt for the VR headset will be receiving a free upgrade to DK3. Once the final version is ready, Converge will offer the existing customers the final release for a cost difference.

The DK2 (Development Kit v2) is a simple, all-plastic VR headset, with a simple elastic head band strap fastened with Velcro. The plastic headset houses two glass lenses mounted on an adjustable frame and controlled by a knob with gears. The glasses can be adjusted for each eye—forward-backward-sideways. The rear portion has a rubber flap with a Velcro fastener for encasing the smartphone. The rear end has a foam-based cushion pad, which comforts you around the eyes. Sadly, as we mentioned earlier that it is in development mode, the DK2 is pretty uncomfortable for long use. The headset is also a tad heavy, so using it for longer periods can be uncomfortable. We also did notice that the lens frame is not snugly fit on the frame, which makes it move (just marginally) when you look up or down. However, these issues can be ignored as an initial experience. The headset has a good build quality, is rugged and looks neat. However, the edges are a bit sharp, especially around the nose area, which can hurt a bit.

Unlike the earlier version of the Google Cardboard, where a magnetic clicker is used for changing and controlling the VR mode, Converge has done away with the magnetic switch. The upgraded VR apps now use the capacitive touch arm, which is now built into the DK2 headset. The arm is basically a lever with a metallic coating that reaches to the display from the outside.

Using the headset was fun. The headset is very easy to use and display is clear—thanks to the good quality lenses used within. However, Converge has planned to use aspherical lenses in their final version to improve image correction for different display sizes. The ConvergeVR headset can be used with all smartphones with display sizes 4.7-inches to 6-inches.

Converge is presently selling around 4 – 5 headsets a day with around 300 headsets already sold in the last few months. They are presently in development mode and hence are expecting feedback from customers, who can help develop the headset further for a polished version.

Converge claims to start the next level development, which could bring out the next version of the headset. The next version will be implemented with built-in positional sensors, which will work in conjunction with the mobile’s sensors for accuracy and refresh rates. Since smartphone displays are continuously evolving and we shall soon see display screens having refresh rates of 100Hz and higher, there are higher chances of the operating system to also have a virtual reality mode enabling option. (HTC EVO 3D and a few other 3D smartphones already saw this implementations, but was not accepted by the masses). Converge also intends to collaborate with other developers to make vertical market apps for housing, tourism, and entertainment industries.

Moving ahead, Converge also plans to develop the third version with a 6 inch curved screen with resolution of 2560x1440 or even higher. It will be basically bundled with a 6-inch mobile phone in it with powerful specs to support intensive VR contents and apps. You can also you can use it as large mobile phone or small tablet. They also hope to integrate Google Tango and ATAP sensors on this version so 3D mapping and gesture control would be amazing and possibly zoom options for dynamic FOV.

Converge hopes investors approach them so that they can develop their idea further and implement better designs and technologies on an affordable price tag. Their future roadmap also includes companion VR devices such as 360 video cameras, gears and drones.

On asking about the future of Virtual reality, Nilesh Yadav said, ‘VR/AR has the potential to provide new and efficient medium for visualizations and interaction and it will be widely used everywhere by everyone in coming years. VR is already pushing sensors and screen to the cutting edge. We will see all sorts of sensors and interactive technologies, and it seems like we are hanging on for too long on the keyboard and a mouse and somewhere down the line we will consume most of our media and work on VR devices. By then, VR devices would be nothing like it they are today. Probably goggles with touch of a button to turn to opaque or transparent for VR/AR, always connected with personal digital assistant (Something like MS Cortana with Hololens, but much better), and lot of that super exciting stuff’

‘But in immediate future, we will see displays and GPUs will improve more significantly than ever. Game engines will be more realistic and so will immersive 3D. We will see new breed of rich VR-based websites, virtual shopping, and more,’ he further said.