A hoax message is doing the rounds again, this time luring users to activate video calling

WhatsApp has finally enabled voice calling to all Android users and some other operating system platforms too. The voice feature caused lots of hullabaloo in the smartphone world with fans and users desperately wanting to get onboard with the feature to make free voice calls and save money. Before this feature was activated for all, the voice calling was only in development and testing and certain users were allowed to use it and pass it on. In order to pass it to another user and activate his line for voice calling, the active user needs to make a voice call from WhatsApp to the other user, provided he is on the latest version required for voice data. This activation from another user was necessary and it is the main reason for people begging and looking out for those who had it active. Following the craze, spammers started releasing hoax messages which stated that if you were to invite 10 users, you can get the feature activated instantly. 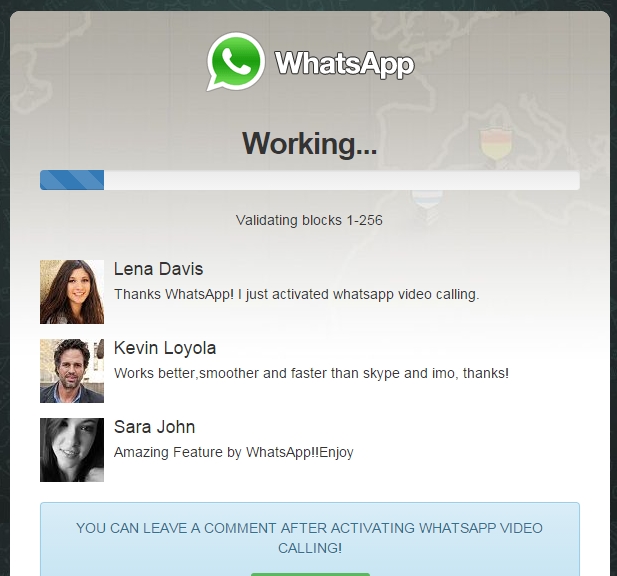 The message would only activate the link if you invited 10 people in your list. The link would then take you to a survey site to finish a 3-step survey, after which it claimed to activate the user’s voice profile. However, at the end of the entire process, the user then finds out that the message was a hoax and nothing happened at the end. In the process, the user has already spread this message to 10 of his friends, who carry the chain ahead. In the bargain, the spammer has already managed to get several hits on the website, where he has placed ads and offers, making a load of money in return. The websites are also known to be phishing websites, which could ask you for personal information apart from containing Trojans and viruses.

This time, WhatsApp is working on releasing the video calling feature, and the spammers are back again. Similar to the prior stint, the spammers are now additionally mining for mobile phone numbers with a similar hoax message luring the WhatsApp user to activate video calling. The message is a complete hoax and forces you to spread the message to 10 people and three groups. Thus the spread of the virus/hoax message/spam is now higher than before. The spammer now gains the advantage of not only making money from the clicks, but is now also collecting your mobile number. 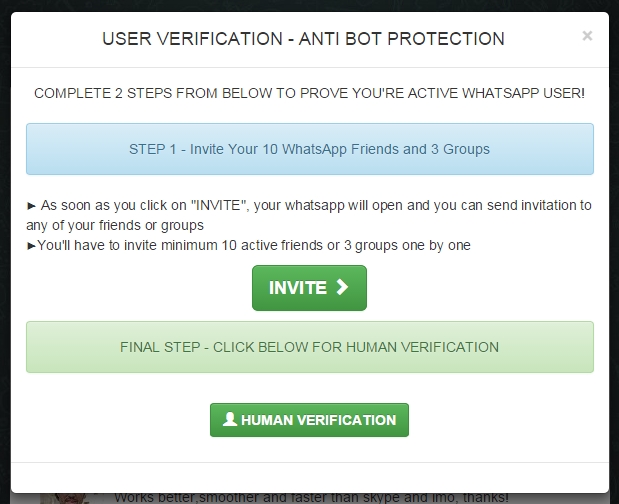 Once you get the message, the link takes you to a website which asks you to enter your mobile number. Then it does a couple of pre-designed steps, which looks realistic. The website shows you that your number is being activated, but will be confirmed only after you invite 10 more people and 3 groups. The website even states that the WhatsApp video calling server is presently active, forcing you to send the invitations to your friends as soon as possible before the server closes the service for the day/week. 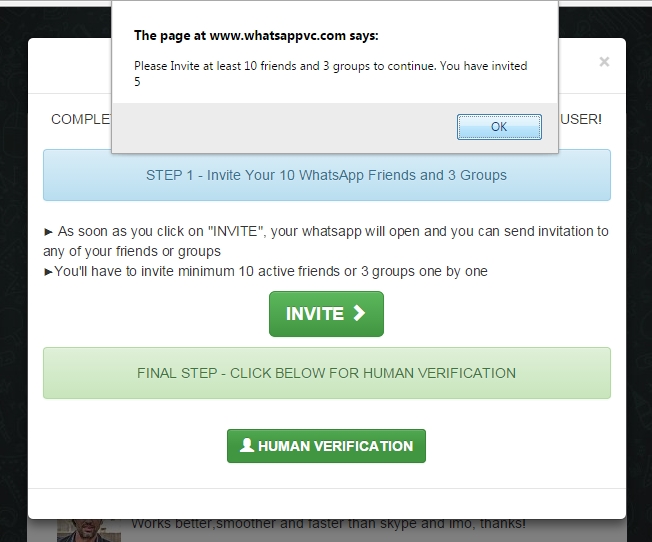 Beware, the message is a complete hoax and do not entertain the message by forwarding it or clicking on it. WhatsApp will never send you such a message and does not have any similar procedure for activating video chats. WhatsApp video calling is not yet released and it is still in the initial test phase. It will be released free for all, someday soon. 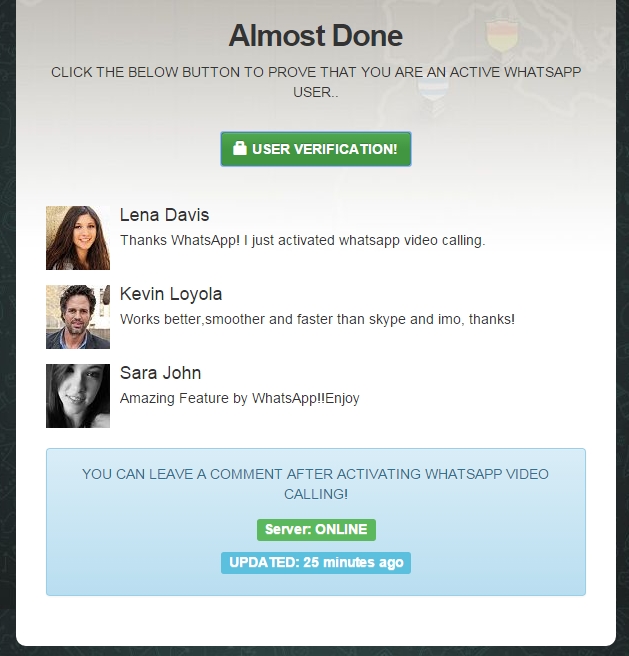