Mumbai: There are over 200 bodies on Mount Everest. These bodies are often used as landmarks in a terrain bereft of compassion.

Mountaineers and trekkers usually meet their end on Everest, the world’s tallest peak, by falling in an abyss or suffocating and dying due to lack of oxygen.

Everest, the highest point on earth, is 29,000 feet above sea level. Oxygen levels here are low and the terrain tough to tread.

1996 was the worst year for climbers attempting to summit Everest. A group of eight trekkers died in 1996 while making an attempt to reach the summit. 15 more died in the same season.

Till date bodies of trekkers remain lying on the mountain because reaching there to retrieve them is dangerous and difficult. 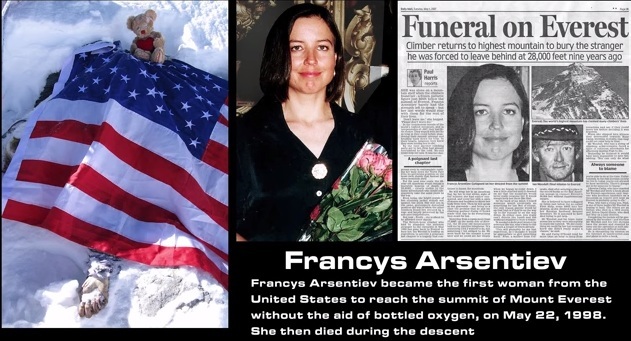 Climbing Everest is as much a physical challenge as it mental one.

One of the better know landmarks on the way to the summit of Everest is the body of ‘Green Boots’. Green boots was an Indian climber who got separated from his group and took shelter in the mountain. He waited for someone to rescue him but to no avail. Green boots froze to death. 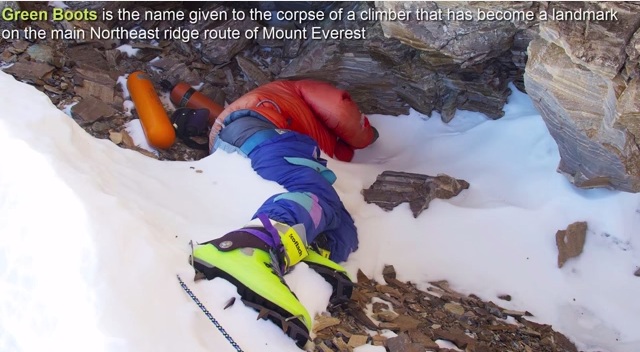 His body lies somewhere above the 8,000 mark and cannot be brought down. Today, his lifeless body lies there, with his green boots still intact, serving as a milestone for mountaineers trying to summit the world’s highest peak.