Didn't see Anushka Sharma during the India-Australia semi-finals? We have the pictures

Mumbai: While the entire world is glued on to watch the semi-finals match between India and Australia, every Indian must be wondering where Anushka Sharma is? Right? The first innings is about to come to an end but so far the TV cameras haven't managed to catch a glimpse of the actress on the big screen. Anushka flew to Sydney a couple of days back, and is as of now in the stadium cheering for Team India.

She is dating Virat Kohli and had all the reasons to be by his side after she wrapped up all her professional commitments in Mumbai. Seen in the stadium, she is all smiles cheering everytime India took a wicket and also taking pictures with her friends. 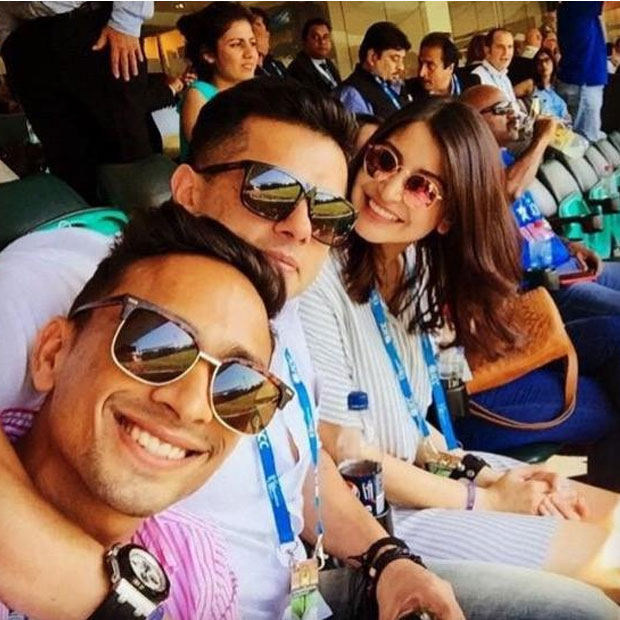 Pictures of Anushka Sharma at the SCG cheering for team India. Photo @iampraveenvirat

The only way we could possibly see her on National TV is when Virat Kohli reaches his century and blows a flying kiss to his girlfriend.