Here's why Indian food is so delicious

Paneer butter masala (File Photo)
From Paneer Masala to Butter Chicken, Kashmiri Aloo to Chicken Stew and Appam, Dosas, Hyderabadi Biriyani and Idli-Sambar is taking the culinary world by storm. Indian cuisine is in high demand around the world.
But what makes Indian food so rich and tasty is a question that has been baffling many of us. Scientists were wondering too, and recently performed an analysis of 2,500 recipes to find out. 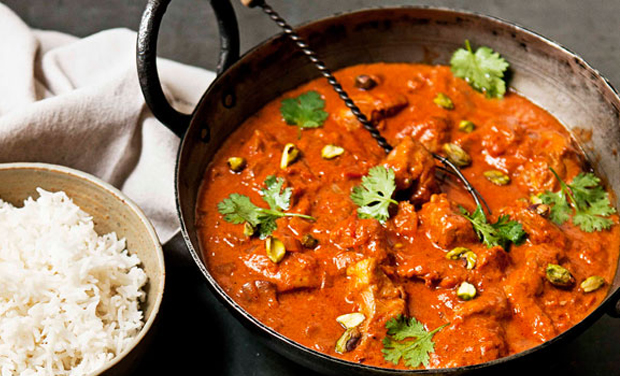 Butter Chicken (File Photo)
According to a report in Washington Post, "the key reason why Indian food tastes so unique: It does something radical with flavors, something very different from what we tend to do in the United States and the rest of Western culture. And it does it at the molecular level."
Researchers at the Indian Institute for Technology in Jodhpur combed through data on gathered on thousand recipes from TarlaDalal.com. They broke each dish down to its ingredients, and then compared how often and heavily ingredients share "flavor compounds". These are minute timbres that indicate something like types of sweetness or sourness or spiciness.
The report further tells us that, Western cuisine attempt to pair ingredients that share “flavor compounds” but Indian cuisine combines them together. Indian cuisine is far more complicated than its counterparts and is more appealing because the flavours rub up against each other.
An average Indian dish supposedly has at least 7 ingredients which are all uniquely important. The study also points out that , “each of the spices are uniquely placed in its recipe to shape the flavor-sharing pattern with the rest of the ingredients, and is sensitive to replacement even with other spices.” Thus each spice has a very specific role in the dish it is placed in.
Indian food and flavours might be complex, encompassing sweet, savoury, spicy but theres only one word that perfectly descibes it — delicious!
...
Tags: recipe, indian food, butter chicken