A failed foray with 'Ishkq in Paris' not withstanding, Preity Zinta and her million dollar smile will be back in a cameo role in 'Happy Ending'. She is also prepping up for 'Bhaiyyaji Superhitt'.
Mumbai: Priety  is known to be one of the bubbliest actresses of Hindi cinema, and you have seen her in iconic films, like Dil Se (her debut), Koi Mil Gaya, Lakshya, Kal Ho Na Ho, Veer Zaara  and so many more.  The lovely actress has been missing from the silver screen for several years because she took a cricket sabbatical, but she ensures that she keeps in touch with her fans through Twitter. The IPL team Kings XI Punjab’s co-owner Preity Zinta was on a tweeting spree on Tuesday. The dimpled beauty took questions and answered them wittingly.
For instance a fan asked Preity Zinta 'Just a Thought: Will you make an Appearance on Comedy Nights With Kapil Any Soon?', she replied saying 'why not ?' Here's what we learned from the Preity's candid chat:
Preity thinks Telegu movies are tough 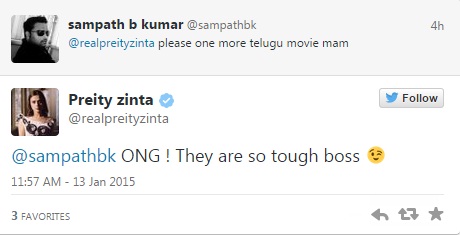 Expect Preity to give tough competition to Kapil Sharma ! 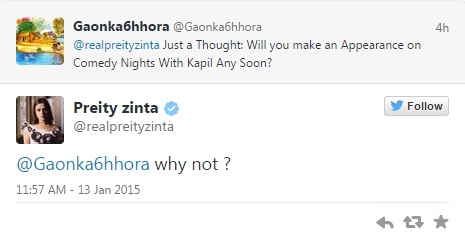 We will see more on Preity on the silver screen 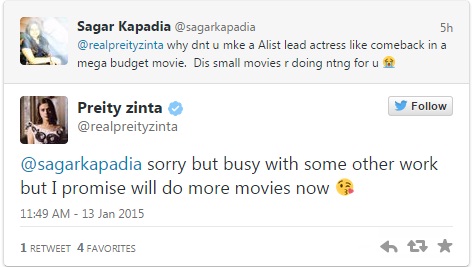 Preity is open to blind dates 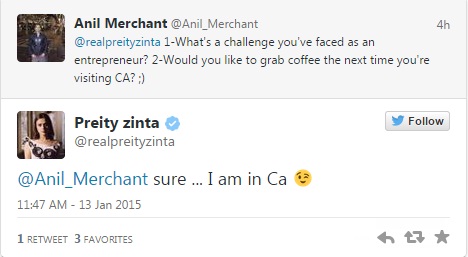 Preity will come to your house if you invite her 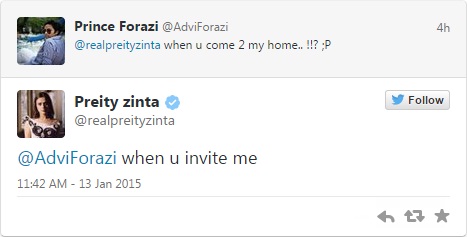 Preity wants a husband just not a 'bhoot paati' 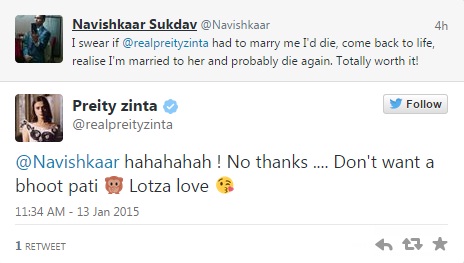 She confirmed her next project

Preity is travelling with her mother 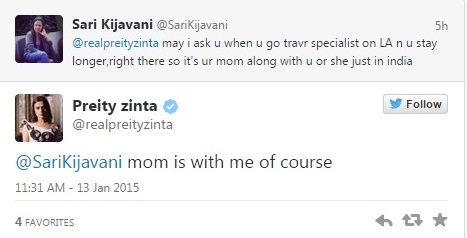 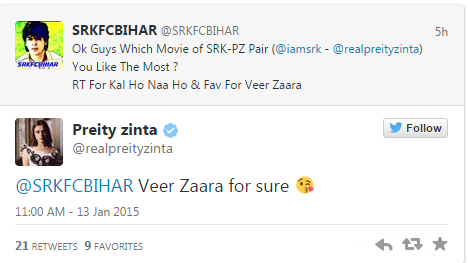