Cannes: Aishwarya Rai Bachchan is raising the glamour quotient at her very own Cannes Film Festival, which she is attending for the 17th year in a row.

After impressing the fashion police in a butterfly-style mermaid gown on Saturday, the actress kept it simpler yet classy for her second red carpet appearance.

Aishwarya looked stunning in a Rami Kadi crystallized minted custom-made strapless gown with an embroidered train on Sunday for the premiere of the film 'Sink or Swim'.

With hair tied in a structural bun, highlighted eyes and light pink lipstick, the actress looked nothing less than a princess on the red carpet.

Also read: Cannes: Aaradhya is ecstatic as Aishwarya twirls her around on the way to red carpet 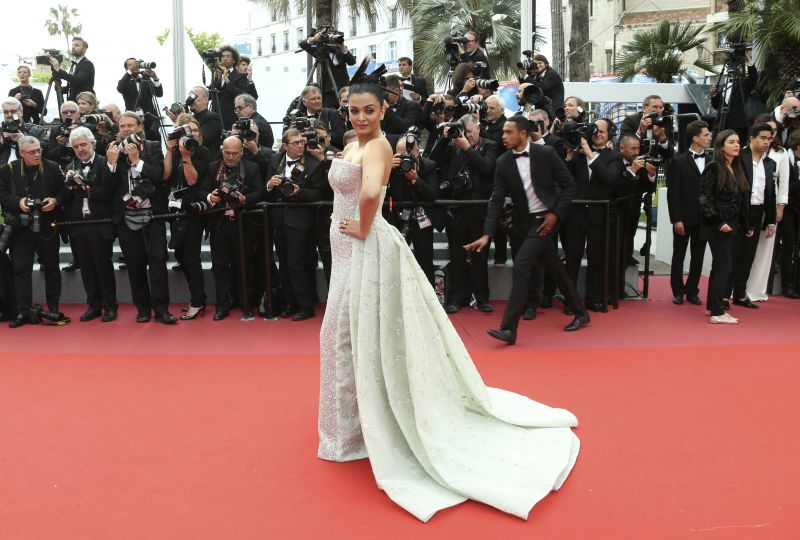 Aishwarya had worn Rami Kadi at Cannes 2016 as well, the same appearance where her purple lips had made more noise.

There’s no doubt that the outfit and of course Aishwarya would surely be more in the news this time.

The actress also made news for her recent debut on Instagram and has surprisingly been quite active, sharing some lovely pictures with her daughter Aaradhya, who has accompanied her.

It also seems she has played her part for this year, as she shared a picture of her message from a damp beach expressing her gratitude for the support she received at the glamorous film festival.

Thank youuu for Alllll your Love💖 ✨

On the professional front, the actress will next be seen in ‘Fanne Khan’ also starring Anil Kapoor and Rajkummar Rao, while she is also in talks for remakes of ‘Woh Kaun Thi?’ and ‘Raat Aur Din.’

Cannes 2017: Aishwarya dazzles again, like she has done in last 16 years