Cannes: The first name that might spring to any Indian’s mind hearing Cannes would most likely be Aishwarya Rai Bachchan.

Since 2002, the actress has been making headlines and India proud with her appearances on the red carpet, luring several of her female counterparts to the French Riviera over the years.

Her presence on the red carpet was no different this time as she dazzled in a Michael Cinco number for the screening of 'Girls of the Sun (Les Filles du Soleil).'

The actress looked too beautiful in a butterfly-style sequined mermaid gown with peacock print, plunging neckline and a long tail.

With filled eyebrows, matching earrings, highlighted eyes and straightened hair with hint of red streaks kept open, Aishwarya surely made the red carpet her own. 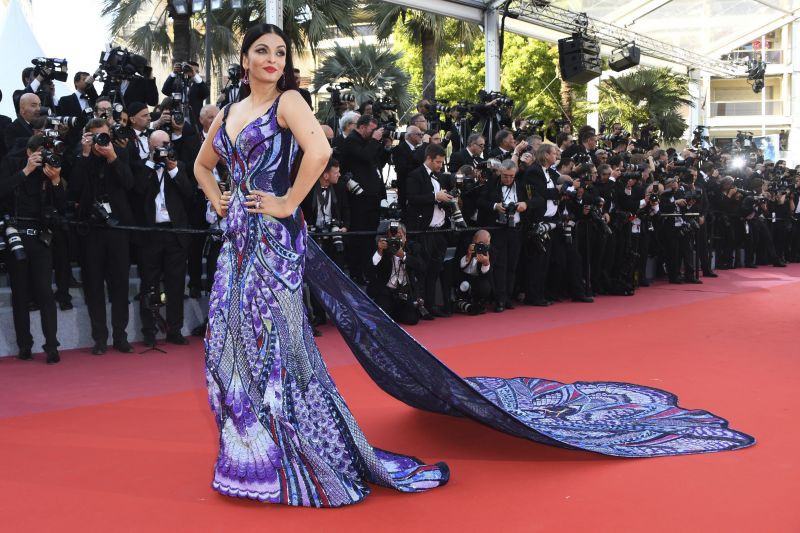 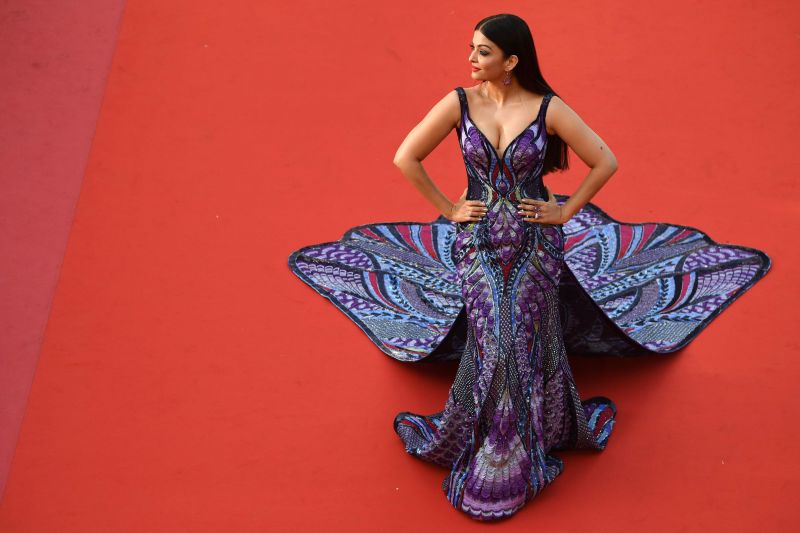 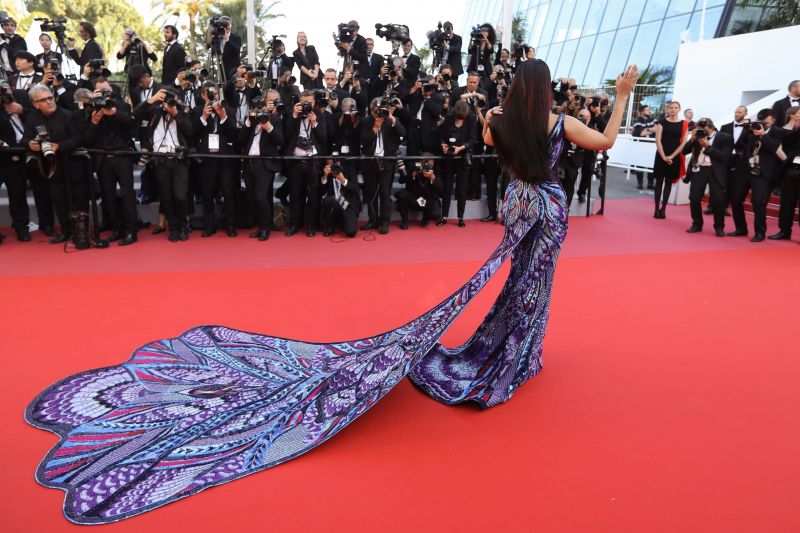 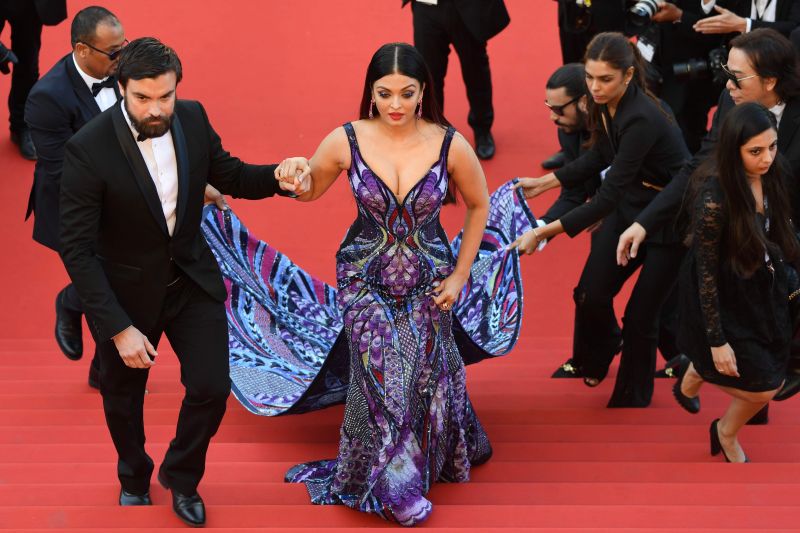 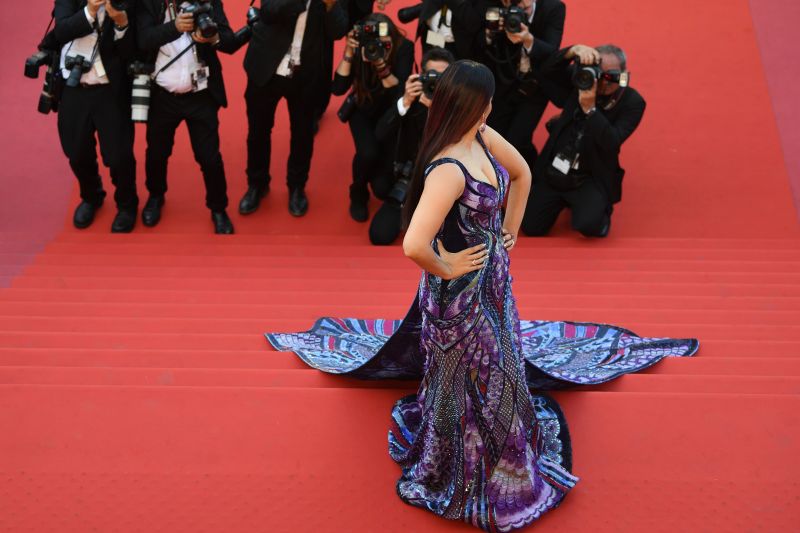 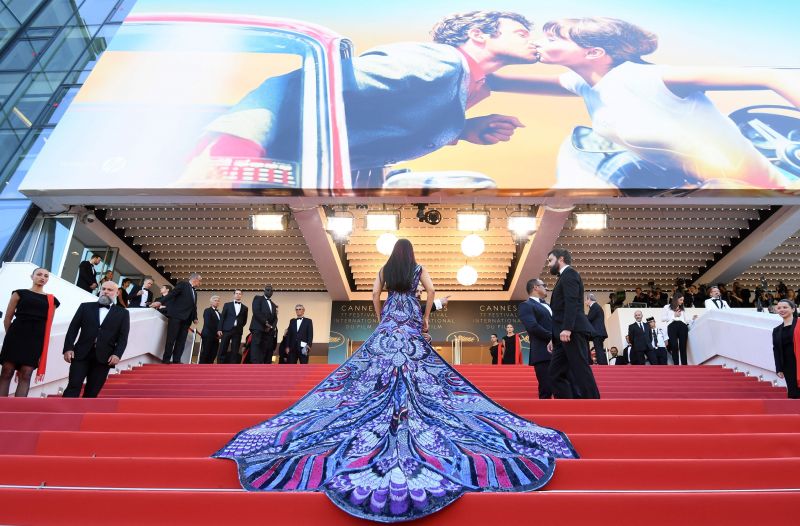 Unlike her purple lipstick or her weight gain post her daughter Aaradhya’s birth which created controversies, the actress’ new look is definitely going to make noise for the right reasons.

Aishwarya, who has been accompanied to France by her daughter Aaradhya, is a part of the event on behalf of her association with the international cosmetic brand L'Oréal.

Her appearance was preceded by Deepika Padukone and will be followed by Sonam Kapoor, also brand ambassadors of the company.

Aishwarya is likely to shine on the red carpet once again, and we are eagerly waiting if she can raise the level one notch higher the second time around.

■'And I was born again': Aishwarya debuts on Instagram with adorable post for Aaradhya
■Cannes 2018 Day 2: Aishwarya arrives, Deepika, Kangana sway, others mildly impress
■Letting bygones be bygones: Sonam Kapoor invites Aishwarya for wedding
■Cannes 2018: Is this when Deepika, Sonam, Aishwarya will walk the red carpet?

Cannes 2017: Aishwarya dazzles again, like she has done in last 16 years