No PDA in real, but new couple Priyanka, Nick show it on Instagram; here's proof

It all started between Priyanka Chopra and Nick Jonas at MET Gala 2016. (Photo: AP)

While in India, it is Ranbir Kapoor and Alia Bhatt who have almost made it official, abroad it is Priyanka Chopra and Nick Jonas.

After a lull in rumours of their romance after their MET Gala appearance in 2016, it seems things are brewing between the actress and the singer.

It all started with pictures of the duo sitting too close to each other, almost like a couple, with their friends on a boat few days back.

This was followed by them being recorded arriving together for a baseball game in Los Angeles, while reports claimed they even enjoyed a live concert of ‘Beauty and the Beast’ at the Hollywood Bowl.

The pair were also snapped together stepping out for dinner on Thursday.

‘Inside details’ of their romance is also doing the rounds, some claiming that there was no PDA when they were together, just smiling and sharing glances, while some of them claim hey are just having a 'no strings attached' equation now, with some ‘amazing sex.’

While the couple might be shying away from PDA in real, we spotted some of it on Instagram.

Rumours of the ‘Desi Girl’ finding him too hot have been going around and her comment on his Instagram picture might just be the proof to it.

She posted a ‘flame’ smiley on it, along with a heart.

Check it out here: 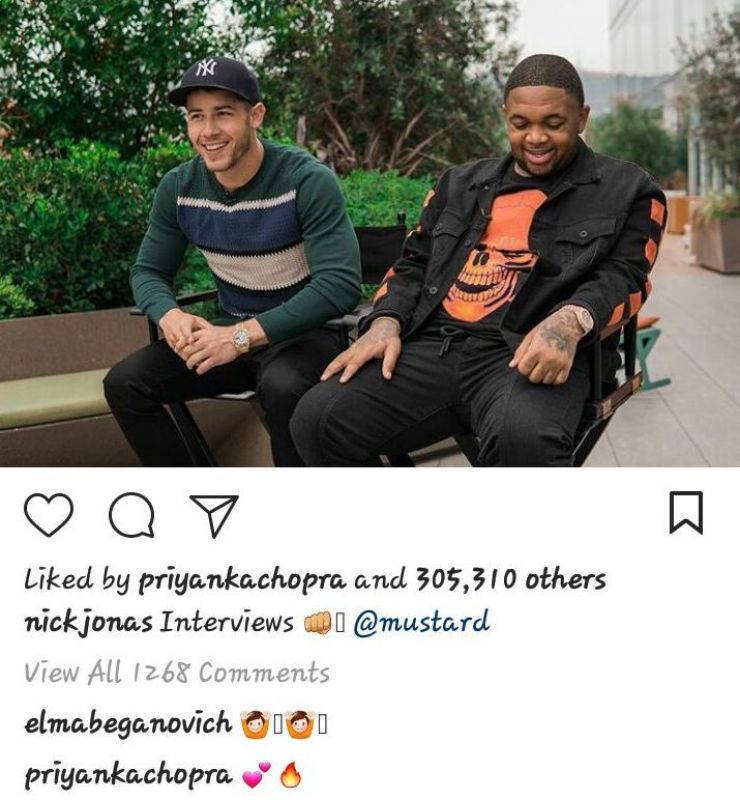 Now if Priyanka likes his hotness, we also know what Jonas like the most about her.

We figured out in the comment he posted for her, and it’s not that hard to guess, it’s her smile. 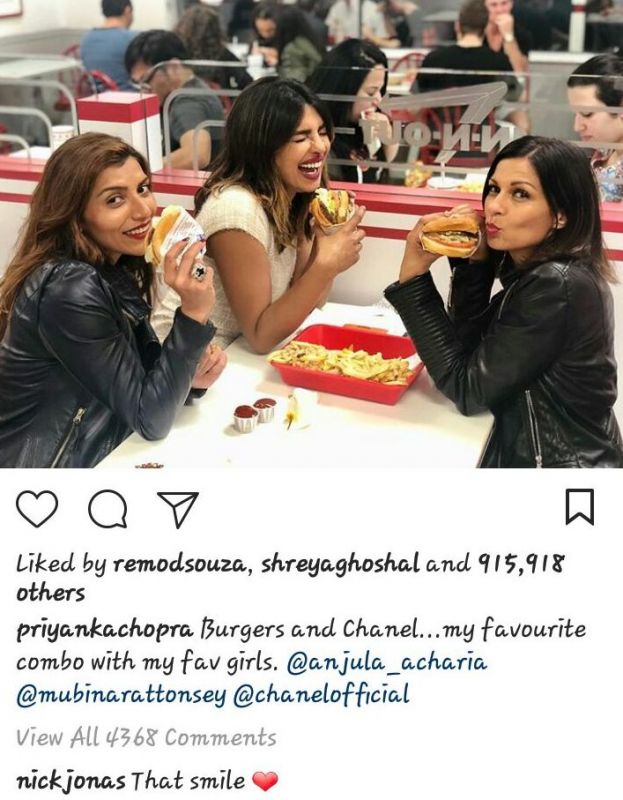 Nick wrote ‘That smile’ with a heart smiley on her picture enjoying a burger with her friends.

The actress has been in the USA for three years now and it’s good to see the actress finally finding some love, if all these moments are anything to go by.