Mumbai: It’s official (almost) that Ranbir Kapoor and Alia Bhatt are the latest couple in B-Town.

After weeks of heightening buzz surrounding the romance, the former in his latest interview confirmed in a way that he is seeing his ‘Brahmastra’ co-star, by saying it was too new for him right now and that he didn’t want to ‘over speak’ on it.

And do we call it a coincidence or not, both Ranbir’s sister Riddhima Kapoor Sahni and Neetu Kapoor, showed some love for Alia on the same day.

After commenting ‘aww’ on Alia’s Mother’s Day wish, Neetu once again left the same message on the actress’ picture with her cat. 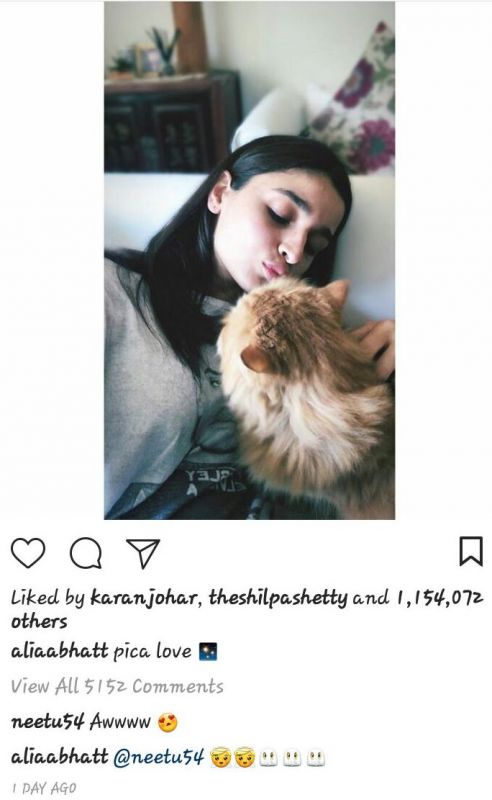 While it is a known fact that Alia and Neetu have been bonding since celebrating the former’s birthday together, what came as a surprise was Riddhima’s gesture.

Riddhima gifted Alia a bracelet, with the latter taking to her Instagram stories to put a small video, and writing, “Love it. Thank @riddhimakapoorsahni for this stunning bracelet.”

Previously even Abhishek Bachchan has been a recipient of a similar gift, but then Alia is a lot closer to the family right now, right?

Not just the ladies, even Rishi Kapoor seemed to hint at his son’s new love by raving out of nowhere about the Bhatt family and having worked with Mahesh, Soni, Pooja, Emraan, some more and last but not the least, Alia.

After some famous romances and break-ups, is Ranbir finally ready to settle down?

With Anushka Sharma and Sonam Kapoor breaking Bollywood stereotypes by showing how marriage hasn’t changed their career one bit, will Alia be among the youngest actresses to marry?

We believe answers to these questions are expected very soon, and hopefully a positive one.