The singer-actor was Dwayne The Rock Johnson’s ‘Baywatch’ actress Priyanka Chopra’s (who has been ruling over Bollywood since years) date at the Met Gala held last year.

Many eyebrows were raised and many questions were hurled at the actress, who behaved as if she barely knew what was being spoken about.

In an absolutely unexpected banter, Nick went on to comment on Deepika’s latest photo of her with her on-set buddy. Not kidding, here’s the proof: 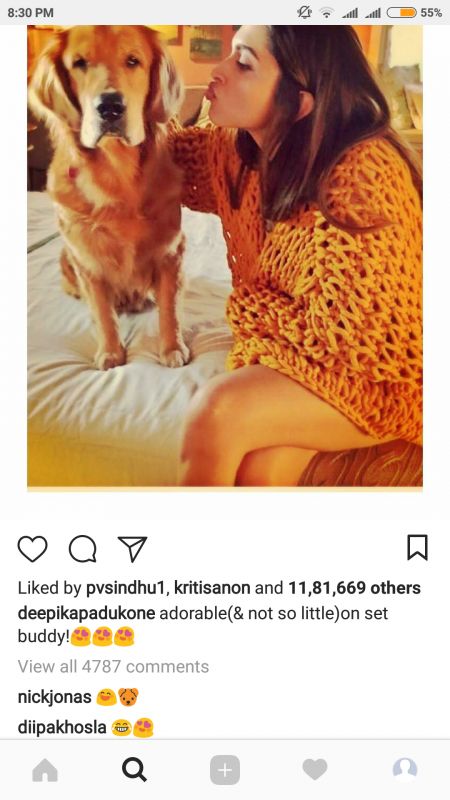 Has Priyanka Chopra got something to worry? Is Deepika Padukone trying to get close to contacts Priyanka is making? Things definitely smell fishy at the moment…