Putin also praised the Mueller report, despite its findings that Russia interfered in the 2016 US presidential election. (Photo:AP)

Sochi: Russian President Vladimir Putin on Tuesday said he wanted to "fully restore" strained ties between Washington and Moscow, during a visit by US Secretary of State Mike Pompeo.

"I would very much like your visit to Russia to benefit Russia-US relations and promote their development," Putin said as he received Pompeo at his residence in the Black Sea resort of Sochi.

Putin also praised the Mueller report, despite its findings that Russia interfered in the 2016 US presidential election.

Also Read: Donald Trumps says, 'sensible' for US to get along with Russia

"Despite the exotic nature of Mr Mueller's commission, on the whole he conducted quite an objective investigation and confirmed the absence of any collusion between the US administration and Russia," he said.

Moscow has rejected these claims "from the very beginning as complete nonsense". 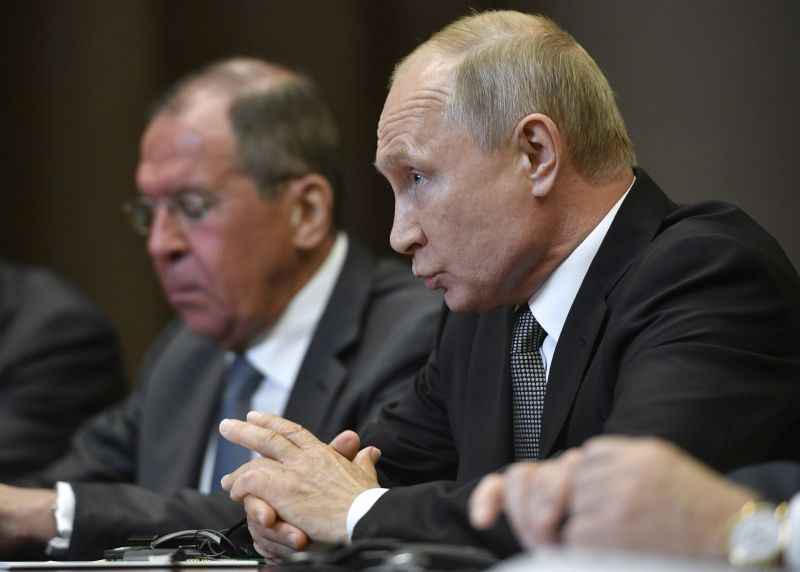 Russian President Vladimir Putin, right, speaks to U.S. Secretary of State Mike Pompeo, during their talks in the Black Sea resort city of Sochi, southern Russia, Tuesday, May 14, 2019. Pompeo arrived in Russia for talks that are expected to focus on an array of issues including arms control and Iran. Russian Foreign Minister Sergey Lavrov is on the left. (Alexander Nemenov/Pool Photo via AP)

"President Trump wants to do everything we can and he asked me to travel here to communicate that.

"Some of our cooperation has been excellent -- on North Korea, on Afghanistan, we've done good work -- (and) counter-terrorism work -- together. These are things we can build upon."