Donald Trumps says, 'sensible' for US to get along with Russia

Responding to a question, Trump asserted that none of his predecessors had sanctioned Russia like he had. (Photo:AP)

Washington: It makes sense for the United States to get along with Russia, US President Donald Trump said Monday on the eve of the meeting between Secretary of State Mike Pompeo and Russian President Vladimir Putin.

Trump, who recently had a lengthy conversation with Putin over phone, is scheduled to meet his Russian counterpart in Japan next month on the sidelines of the G-20 Summit. The summit would be attended by leaders of the top 20 economies, including India.

"I'll be meeting with President Putin also," Trump told reporters at his Oval Office of the White House. "I think the message is that there has never been anybody that's been so tough on Russia but, at the same time, we're going to end up getting along with Russia. It makes sense to get along with Russia," he said.

Responding to a question, Trump asserted that none of his predecessors had sanctioned Russia like he had. "Nobody has talked about the pipeline going to Germany and various other places like I have. I said it's very unfair -- having to do with the United States and NATO," he said. 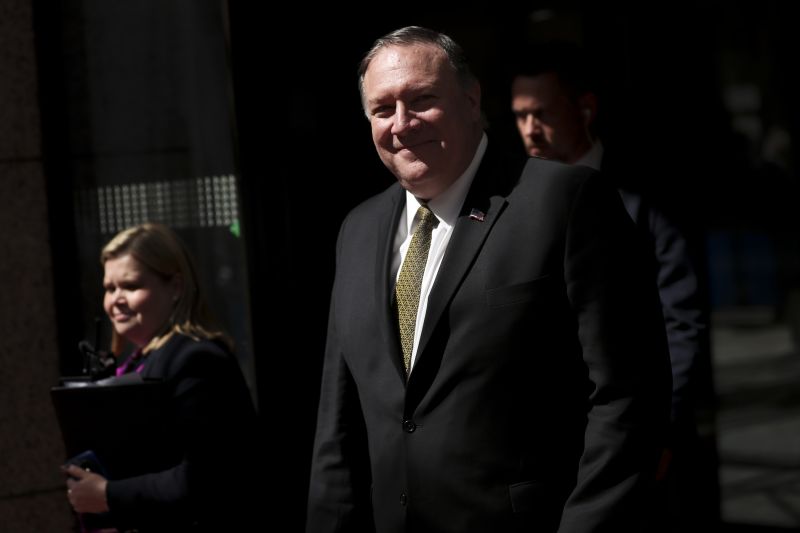 U.S. Secretary of State Mike Pompeo, center, leaves after a meeting at the Europa building in Brussels, Monday, May 13, 2019. (AP Photo/Francisco Seco)

America, Trump said, was doing really well. "We've probably never done this well before, and it's going to continue. We have tremendous signs," he said.

Pompeo is scheduled to meet Putin and Russian Foreign Minister Sergei Lavrov in Sochi on Tuesday.

The State Department Monday said Pompeo would not travel to Moscow and would fly directly to Sochi, where he would discuss a full range of global issues, including Ukraine, Venezuela, Iran, Syria and North Korea, along with the challenges in the bilateral relationship.

"President Trump has asked me to go to Russia to talk about a broad range of issues. We have lots of places where I hope we can find overlapping interests with Russia. It may be the case that we can''t, and where we can''t, we''ll go our own ways. But it''s important," Pompeo told CNBC in an interview.

"I remember as CIA Director, I worked closely with the Russians on counter-terror. I am convinced that those efforts were important to them. They saved American lives and Russian lives," he said.

The alleged Russian interference in US elections would also be a topic of discussion, Pompeo added. 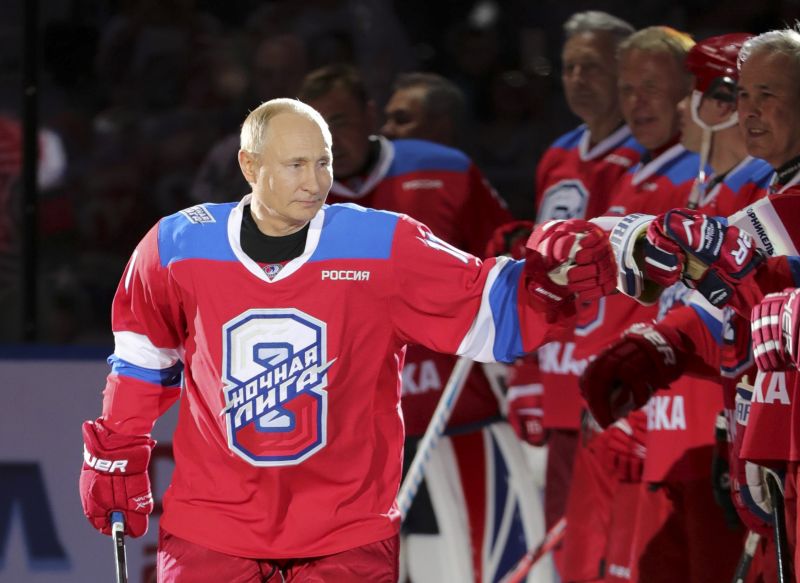 Russian President Vladimir Putin greets his teammates prior to a hockey match at the Bolshoi Arena in the Black sea resort of Sochi, Russia, Friday, May 10, 2019. (Mikhail Klimentyev, Sputnik, Kremlin Pool Photo via AP)

Ahead of the meeting, top Democratic Senator Bob Menendez, who is a Ranking Member of the Senate Foreign Relations Committee, in a letter, urged Pompeo to increase pressure on Moscow for its continued brazen aggression against the US and other democracies around the world.

"For the sake of our national security, I implore the administration not to return to ''business as usual'' with Russia in the wake of the Mueller Report," wrote Menendez.

"This is not a time for reset with the Russian Federation. The US must be firm and abide by its national security commitments to the American people and our allies," he said.

Menendez specifically called on Pompeo to use the meeting to announce the imposition of Magnistky and Chemical and Biological Weapons sanctions in response to last year''s chemical weapons attack in the United Kingdom, and to reinforce US security assistance for Ukrainian forces.

He also urged Pompeo to warn Putin of the consequences of interfering in the upcoming European Parliamentary elections as well as the 2020 US presidential elections.

"If Secretary Pompeo is going to meet with Russian President Vladimir Putin, he cannot give him a pass. He must confront Russia''s nefarious, systematic attack on the American election system. There should be no leniency on this issue -- not when the fundamental principle of American democracy is at stake," said Senator Martin Heinrich.

Meanwhile, a US District Judge on Tuesday ruled that Florida-based company, RM Broadcasting LLC, was acting as an agent of a foreign principal and must register as such under the Foreign Agents Registration Act of 1938 (FARA).

Under this agreement, RM Broadcasting could not alter Rossiya Segodnya's radio programmes in any way.

As the services agreement established Rossiya Segodnya's direction and control over RM Broadcasting, the FARA Unit of the National Security Division informed RM Broadcasting that it was acting as a publicity agent and an information-service employee of Rossiya Segodnya and was required to register as an agent of a foreign principal, the Department of Justice said.