New Zealand PM Jacinda Ardern is baffled to see why the US has not passed stronger gun laws yet. (Photo:AP)

Paris: New Zealand PM Jacinda Ardern is baffled to see why the US has not passed stronger gun laws yet, even after a string of mass shooting events in US and around the globe.

She made the statement in a CNN interview in her visit to the French capital at a summit to curb online extremism.

She further pressed at the interview that guns do have a practical purpose in New Zealand but that simple doesn’t mean that citizens should have access to semi automatic and military styled weapons and assault rifles. 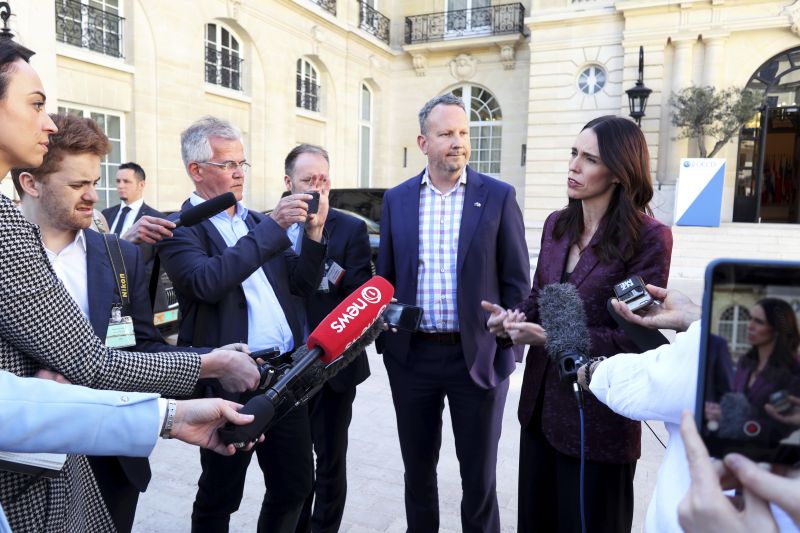 New Zealand Prime Minister Jacinda Ardern, right, gives a press conference, at the OECD headquarters, in Paris, Tuesday, May 14, 2019. The leaders of France and New Zealand will make a joint push to eliminate acts of violent extremism from being shown online, in a meeting with tech leaders in Paris on Wednesday. (AP Photo/Thibault Camus)

She vowed that Australia changed its gun laws after after experiencing a massacre. New Zealand, too were quick to change its laws after Christchurch but she is bewildered to see the US doing nothing to implement a gun ban.

The summit was organised by Emmanuel Macron and Jacinda Ardern. It will see numerable world leaders and tech executives, including people from Google and Twitter, sign a pledge named as the ‘Christchurch Call’, which aims for complete end to use of social media in acts of terrorism.

Ardern said that the meeting is not a call for regulation but a firm step to “bring all the tech moguls to the table”. She further added that she has complete backing and support from Facebook CEO Mark Zuckerberg.

The main focus will very much be on violent extremism, she said, adding that the pledge will not limit or curtail "the freedom of expression".

Facebook removed closed to 1.5 million videos of Christchurch attacks in the first 24 hours of the attack itself. It further blocked another 1.2 million videos at upload, which means users were not able to see the videos.

Lastly she concluded that the way the attack was broadcasted online needed a global solution and hence it was essential to get in touch with various international leaders to find a collective response.

US, allies not 'intimidated' by Vladimir Putin: Joe Biden